An Open Letter to the Extras Girl

I used to be so jealous of you. How did you do it? I would watch you stride through the club, so confident, the wad of cash strapped to your leg growing, like stripping is the easiest job in the world. Someone always wanted a dance from you. You made it look so easy. I thought you were brilliance walking.

You are the Extras Girl: hated by your colleagues, but loved by men. You fuck and suck, blow and go.

Private dancing, though? Not really.

I’m sure you’ve heard what the other girls said. She’s a hooker. She has no morals. She’s dirty.

Girl, none of us are innocent. Once, I tried to fuck my best stripper friend. On stage. In front of my boyfriend.

I’ll be honest, though. Sometimes, you, the Extras Girl, make my night at work a little harder. Sometimes, I just wish you would go away. Sometimes, I even poke my voodoo doll of you with needles.

END_OF_DOCUMENT_TOKEN_TO_BE_REPLACED

Sex Working While Jewish In America

We are witnessing the blossoming of a white nationalist nation. Being the person that I am is not easy in the United States right now. It’s not easy for my friends, my family, or millions of Black people, Jews, and LGBTQI people.

I’m an Iranian, Tunisian, French and Jewish sex worker. I immigrated from France to the U.S. as a child. I still hold a fair amount of privilege; my skin is light, unlike that of many of my family members, and I am a high-income sex worker. With that, I’m still confronted with Islamophobia—many people assume I’m Muslim because I’m Middle Eastern—and anti-Semitism both in my personal and professional lives.

I was raised with Judaism but I’m a secular Jew. I’m a Hebrew school dropout. My feelings about religion are very complicated and honestly, it often makes me quite uncomfortable. Every time I walk around New York and see white Hasidic Jews, I feel both otherness—we are culturally different and I’m not a nice Jewish girl—and a connection to them.

The thing that makes me feel most Jewish is knowing how much people hate us. People hate them as people hate me. I’ve been to Nazi death camps and I remember looking at a flyer in one camp’s museum. There were excerpts from a pamphlet the Nazis passed out during the war. It was titled How to Spot a Jew, containing several highly racist caricatures presented as what to look out for. Those racist caricatures all looked like me. I don’t need to have religious garb on to be recognized as Jewish, and I still see those caricatures being used in reactionary media today.

I’ve been conflicted about saying anything about anti-Semitism under my work persona. I struggle with being politically vocal while still trying to make money and remain appealing to wealthy clients.

But when I’m faced with these prejudices at work, it hurts to be silent. I feel like I’ve lost. My racial identities come up too often at work to ignore. I once posted a photo online of myself post-menstrual sex, and someone’s response was: “Now I know why Hitler gassed the Jews.” People frequently point out my big nose. I’ve been called a “terrorist,” “camel pussy”, and “kike” on client-facing social media quite a bit.

When I was younger and new to sex work, I was afraid to set boundaries and money was scarce, so I took jobs that I wouldn’t take now that I’m in a better financial situation. I think all performers of color are faced with this experience. I’ve been in a movie called Women Of the Middle East, and have been cast as a belly dancer many times. I was always being given the information that I would be participating in a racial fetish scene only after I had traveled, paid for testing, been booked, etc. I’ve had a director make jokes about needing machine guns as props for Middle Eastern vibes, and I’ve had to fuck a white man in a turban with black eyeliner. Clients still ask me to wear hijabs.

END_OF_DOCUMENT_TOKEN_TO_BE_REPLACED

Letter From An Extras Girl: If It’s So Easy, Why Haven’t You Done It? 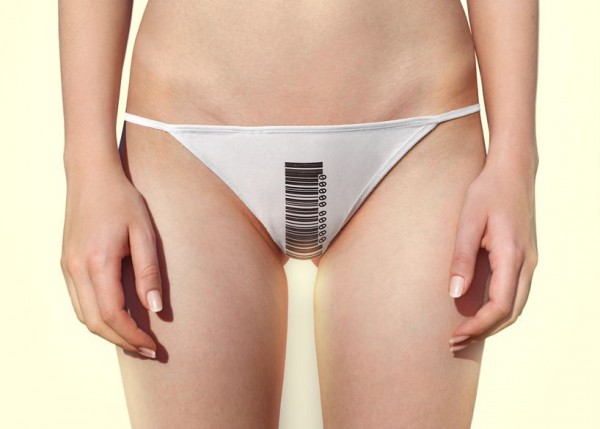 END_OF_DOCUMENT_TOKEN_TO_BE_REPLACED

The Second Shittiest Thing About Being Abused: Survivor Solidarity And Getting Out

I actually didn’t know who Christy Mack was until I started seeing articles about her attack flying around the internet last week. But her story is one that is familiar to me. Intimately familiar.

I stripped for eight years, in a dozen clubs across New York, Pennsylvania, Ohio, Michigan, Iowa, Minnesota, Colorado, and Georgia. I met strippers who were also full service sex workers inside or outside the club, sugar babies, cam girls, and adult film stars. I’ve seen co-workers “graduate” into Playboy and Hustler. I’ve seen every combination of education, economic background, race, size, upbringing, parental status, and religion, so when I overhear non-sex-workers talking like we’re all a certain type, I can only laugh.

But one thing we all seem to have in common is an abuse story, either one of our own or of someone very close to us.

One thing I noticed early on in my career is that stripper locker room talk is brazen and honest. There is some high speed bonding that goes on over trays of eye shadow and half-finished drinks. As a more-or-less good girl going to state college on my parents’ dime, I was no stranger to boozy heartbreak stories, but stripper stories almost always went somewhere darker, faster. Without even knowing a co-worker’s name, I might hear the details of how her ex-husband broke into her house, or how she was borrowing a phone from another girl after receiving threatening texts from a stalker. I’ve had girls show me pictures of men on their phones with the warning, “If he shows up, tell the bouncer and come warn me. I don’t care if I’m in a VIP, just come tell me.”

There’s this recurring theme in our love lives— a man will admire us for our independence and freedom, and of course, our money. We’ll thrive on the attention for a while and we’ll enjoy spoiling him with gifts or trips. Maybe he moves in because his roommates are irresponsible, or maybe we move in with him because we’re sleeping over all the time anyway. And then the fights start.

“Where the fuck were you until five in the morning?”