by Jackie and Alex

Jackie’s story, like that of so many, begins with domestic violence, violence she weathers with the help of her sex work. Her son’s father continuously uses abusive financial tactics, severing any ability she’s ever had to gain ground in her life. Her ten-year-long saga has kept her working under the table, which in turn has constantly disqualified her from government perks, benefits, and safety nets, most recently The 2020 Economic Impact Payments, aka the stimulus checks.

In California Family Law, child support is often awarded on a first-come, first-serve basis, and Jackie’s ex demanded an amount that he knew she could not pay. As a young mother with no representation, she had no ability to fight back, and thus began her downward spiral out of mainstream existence. She tried to make her child support payments, but she was caring for her son almost half the week, working, and going to school. Then came garnished wages. She couldn’t afford to live, so she moved her job underground.

She’s not alone; low-income sex workers have complicated financial lives. We often arrive at sex work in the first place because the gray or black markets were our only options. We wake up every day with debt collectors, past convictions, or neglected forms hanging over our heads, but it’s impossible to coherently state exactly how we ended up here. Our individual stories become so dizzying that we had to focus this article on Jackie to keep it digestible; our lives are filled with the type of bureaucratic adventures that enrage and derail us while boring readers.

Sometimes, our entire households or extended families have stories too complicated to relate, even if it all began with a single misstep. For Ana, a young Chicana woman with disabled migrant parents who don’t speak English, the bureaucratic nightmares target multiple generations. She thinks the trouble started with a car accident years ago. Nobody in her house is getting a stimulus check. She says: “It’s not helpful. We used to collect recycling, but we aren’t supposed to anymore. I’d get a panic attack explaining this all to you and it still wouldn’t make sense.”

In Jackie’s situation, her driver’s license was suspended after continued non-payment, further affecting her ability to work and care for her child. Of course, with no license, you cannot insure your vehicle; with no insurance, it’s impossible to register your car. A client added her to his insurance for one month and paid for the registration, which of course expired when the DMV received notice that the insurance was canceled. She had to hope that the tags were enough and that the cops wouldn’t scan her plate. Eventually, she was pulled over.

No credit, no license, no insurance, no registration—the court doesn’t care that it’s nearly impossible to find work under those conditions. Just pay the child support!

Many sex workers face similar spirals, where one situation becomes a multi-year financial disaster. This precludes us from living normal lives while compounding our other vulnerabilities. For example, the stimulus checks are sent out based either on recent tax reports or on receiving specific government benefits such as SSI (Supplemental Security Income), unless you actively choose the option meant for non-tax filers who make under $12,200 a year. Sex worker media written from the perspective of more privileged workers makes it seem so simple for us to pay our taxes! But it should be no surprise that structurally oppressed people, including the multiply marginalized in our community such as transgender and Black sex workers, often can’t or don’t prioritize organizing our financial lives in socially acceptable ways.

END_OF_DOCUMENT_TOKEN_TO_BE_REPLACED

For a long time, I’ve wanted to talk to other former and current injection drug-using sex workers about our experience of sex work and the sex workers’ rights movement. With every other statement from other sex workers seeming to be a disclaimer about how, “we’re not all junkies!”, pushing drug using sex workers in front of the bus in the name of respectability politics, a girl can get lonely out there. My most cherished dream is true, consistent collaboration between the sex workers’ rights movement and harm reduction organizations and drug users’ unions. Until that dream is realized, there’s always this roundtable. Material for the roundtable was gathered over e-mail dialogue throughout the month. Some of us wrote more than others, just as some of us have chosen to be pseudonymous while some of us are out. The participants are Inane Moniker 3, Lily Fury, Andrew Hunter 4, The Specialist 5, and me, Caty Simon. Part two will be posted tomorrow.

What are your experiences with stigma against injection drug use in the sex workers’ rights movement?

Lily Fury:  I feel like it’s hard enough to be an out sex worker but because, in general, sex workers experience so much stigma they feel like they need to separate themselves from “other” sex workers, especially injection drug using sex workers. I can’t count how many times I’ve heard or read a sex worker saying, “I wasn’t molested, I came from a good home, I don’t use drugs” in an attempt to bust stereotypes. But what about the girls who were molested or who came from poor shitty homes or who do use drugs? I feel like many times our stories and voices are muted just to make certain people more comfortable and I especially feel like this speaks to the divide among sex workers. It’s like because there’s so much stigma in just being a sex worker it’s triple hard for an IDU sex worker to be open about drug use and gain acceptance among her sex worker peers. Being outcast from a group that is already outcast from society can be really shitty and I just idealistically wish we could all have each other’s backs regardless of things like class, working conditions, and whether or not we decide to use drugs, because our voices and experiences are equally important.

END_OF_DOCUMENT_TOKEN_TO_BE_REPLACED

A Tunnel, Not A Door: Exiting Conditioned, Generational Sex Work

This piece is adapted from a December 17th speech the author gave this year.

“You’re so lazy, you’ll never be anything but a whore. And you won’t even be a good whore because nobody wants to fuck a girl with a book in front of her face.”

When I was about twelve, as I lay on my bed reading, my father walked into my bedroom. When he saw me reclining and reading, that was what he told me. Funny thing, though: the student schtick really sells. Clients like to think they’re “funding” something worthwhile, like my education and not my drug habit. (I have both.)

My point is this: entry into and tenure in the sex industry is both constrained and conditioned by personal, historical and socio-economic contexts. In the movement, we talk about constraint whenever we talk about poverty. I think we avoid talking about conditioning, however, lest we reinforce stereotypes about hookers who were abused as children. But I don’t believe I became a sex worker by accident. I think I was conditioned, and I want to talk about it.

END_OF_DOCUMENT_TOKEN_TO_BE_REPLACED

No Such Thing As A Free Colonic 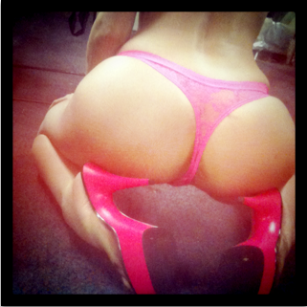