The Week In Links—June 26th

Season Two of True Detective maintains the original’s fixation on sex workers. I’m wary, but love me some Tim Riggins, so I’ll be watching!

Tits and Sass contributor Juniper Fitzgerald is the latest in a chorus of voices pointing out that the current trafficking hysteria is just history repeating itself.

Children from families in poverty are also people with agency, struggling to get by just like the rest of us, often exploited by the very social service organisations assumed to be helping them: this and other revelations at the link:

“It made me wonder how someone can go to school every day while coming down off methamphetamine, having been out doing sex work the night before – and never have that picked up by anyone at the school?”

Some of the participants told Ms Thorburn they had been abused by organisations set up to assist them, with claims of sexual exploitation and sexual assault. This resulted in them returning to the streets and shunning any further assistance.

More on that, and a little more.

File this one under grotesque abuses of power: Guards at the detention center on Nauru paid the asylum seeking female inmates for sex, circulated videos of the acts among themselves, and then claimed it was all square because prostitution is “legal in Australia.”

Bree Olson does have a point: when we’re outed, there’s nothing left for us but the sex industry. Don’t expect those feminists who talk about rescue to have your back—the silence will be deafening.

END_OF_DOCUMENT_TOKEN_TO_BE_REPLACED

The Week In Links—June 19th

Glenn Kessler is on a roll debunking the hysterical claims of prohibitionists, and this week he slams the “average age of entry into prostitution is 13” stat with four Pinocchios.

In the latest example of anti-trafficking laws destroying futures rather than saving lives, we have two Oregon teens, one of whom is expected to be sentenced to four years in federal prison, after which she can’t access FAFSA or expect most jobs to hire her.

So, if disabled men also pay for sexual services, what happens to them when paying for it becomes a crime?  Good question!

The production team behind 8 Minutes says they weren’t expecting the independent sex workers they got, which is still no excuse for how they treated them—and, as the article notes, they weren’t equipped to help trafficking victims either, so it’s just good all around that the show got cancelled.

Last week was the annual Red Umbrella March, which carries new urgency in Vancouver as Canadian workers face End Demand repercussions, although Vancouver police have stated they will not be enforcing the new law.

Faisal Riza, a queer sex worker in Indonesia, is doing harm reduction outreach and education among Indonesian sex workers. Although the climate in Jakarta is less oppressive and homophobic than in the past, it’s an ongoing struggle.

Sex workers from all over Europe, many representing hundreds of thousands of workers in unions, gathered in Lyon to lobby for decriminalization and against the End Demand model, which threatens their lives as well as their livelihoods.

END_OF_DOCUMENT_TOKEN_TO_BE_REPLACED

The Week in Links—June 12th 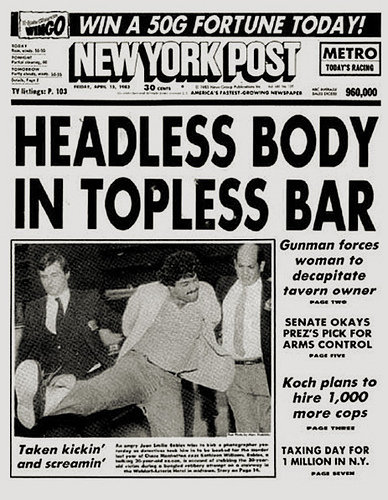 END_OF_DOCUMENT_TOKEN_TO_BE_REPLACED

The Week In Links—June 5th

Bubbles said it first, but the documentary that “exposes” exploitation in amateur pornography production, Hot Girls Wanted (now available on Netflix), has some problems. Dr. Chauntelle Tibbals offers some constructive criticism of the doc and suggests what points it should also have covered.

Speaking of, what is that agent’s job from Hot Girls Wanted like, anyway?

Elizabeth Nolan Brown writes about how the JVTA heedlessly replicates the War on Drugs for Politico; something Melissa Gira Grant reported on a couple of years ago. Politico then ran a rebuttal letter with seven signers. They’re pretty illustrious: Tracy Sefl, is a senior campaign adviser to Hilary Clinton, and, of course, Autumn Hanna VandeHei is married to Jim VandeHei, cofounder and executive editor of Politico.

Sex workers in Zimbabwe aren’t using digital currency because it’s hip and high-tech, they’re using it for their safety.

END_OF_DOCUMENT_TOKEN_TO_BE_REPLACED

The Week in Links—May 28th

In this video game brothel, clients and workers become disembodied parts before they fuse together in a scene that manages to be amusing and nightmarish at the same time.

The top Honolulu prosecutor had to drop charges against the massage parlor workers who were arrested in a raid and then charged with sexual assault after the police couldn’t find enough evidence to charge them with prostitution. Elizabeth Nolan Brown shreds the whole incident and points out that, while charges are dropped, some of the women are still vulnerable to deportation.

Katie Hail-Jares calls out the Honolulu Police Department’s use of coercive tactics to “rescue” sex workers and discusses the multiple ways this policy is not only ineffective, but outright damaging.

A South African ex-sex worker and Sisonke activist discusses the economic circumstances that led to him going into sex work and the social stigma and violence South African male sex workers face.

Despite all the big talk about rescuing sex workers and helping people who want out of the industry, the Canadian sex work exit fund is too small to be of much use to anyone. More on that.

A legislator in Tanzania takes the “If wishes were horses” approach to public health:

“It is unacceptable to find people engaged in commercial sex and then educating them on how to avoid contracting HIV. The only solution to addressing HIV prevalence is to prohibit prostitution,” Ms Ali said.

And on that note: two new studies are out examining why the attempts of other Indian states to replicate the success of Kolkata’s Sonagachi project—a “programme of HIV prevention through community mobilisation…intended to empower sex workers to tackle the social conditions which made them more vulnerable to HIV”—met with different results.