There aren’t many films about phone sex that are worth anyone’s time—notable exceptions being the excellent short film Sumi, the brief, funny phone sex segments of Tamra Davis’s 90’s hip hop spoof CB4, and about three-fourths of Spike Lee’s kind-of classic Girl 6. Despite its truly troublesome flaws, I have a soft spot for Girl 6, as it gets at least some things about the industry very right, which is more than most films do. The 2012 phone sex buddy comedy For A Good Time Call fits comfortably alongside Girl 6 as another genuinely mixed bag. Its focus is really more on friendship than phone sex, but it does manage to maintain a phone sex-centric narrative throughout a feature film’s runtime without making me want to throw my TV out my window.

For A Good Time Call, directed by Jamie Travis, is now available on Netflix and other streaming services. I’m relieved to report that it is a pleasant-enough way to spend 90 minutes, and one of the better cinematic portrayals of my profession; not hateful, judgmental, or a patronizing cautionary tale. But I’m exasperated that this baseline decency gives it such an advantage over much of the cannon.

Bonding through working a phone sex line is actually a great premise for a fun, bubbly film, and it’s the crux of what I simultaneously love and find frustrating about this one. While the relationship between the women is both believable and refreshing, their business model is much less so.

Lauren discovers that Katie is a phone sex operator and confronts her during a call after overhearing the conversation and being confused. Now, I can understand why Katie would want to keep her phone sex gig a secret from judgmental Lauren. But it’s hard for me to suspend disbelief far enough to believe Katie would bring Lauren in as a roommate, into her workplace, without giving some kind of heads up or a cover story to prevent exactly this sort of hassle. I did phone sex out of an apartment with multiple roommates for years, and you’d better believe I told people while interviewing them and gauged their reactions. I couldn’t live with anyone who would mess with my income stream. I find it hard to believe that Katie would both not mention it and be so goddamn loud without at least taking the precaution of setting up a cheap white noise generator.

Then again, good girl Lauren, who slowly gets dragged into the weird, dirty world of phone sex, is supposed to be the audience surrogate, so making Katie’s psychology and behavior equally plausible may not have been a priority. She’s the weird one, so she’s weird! I don’t think the writers were thinking about the reactions of PSOs or anyone else who might relate more to Katie in the audience, despite the fact that the character is based on one of the writers.

END_OF_DOCUMENT_TOKEN_TO_BE_REPLACED

A Distorted Reality Is Now A Necessity To Be Free: Phone Sex On And After 9/11

I will forever associate foot fetishism with terrorism. Although George W. Bush had been in office for almost a year, 9/11 was when “the Bush years” really got rolling. I’d been politically curious my whole life, and activism-oriented in recent years, energized and excited by the emerging global trends that were dubbed the “anti-globalization movement.” A friend and I had just submitted an article discussing the murder of Carlo Guiliani to Onward!, a now-defunct anarchist newspaper. Guiliani was killed by police during protests against the G8 summit in Genoa, in July 2001 and our article contrasted his movement martyrdom to that of the Kent State Four, and the less famous Jackson State Two. It was exciting to be wanking theoretical, especially about how we, as US-based members of A Movement, might effectively organize domestically for change without an obvious and tangible Big Bad (i.e. The War) to rally people around.

The article was outdated before the issue went to press. Suddenly, years of organizing and strategizing around the IMF and World Bank policy were blown out of the water and there was a new, even more mass-murderous game in town. Soon we’d have two big, obvious wars, not to mention the racist detentions of Arabs and Muslims right here in Brooklyn, a wave of attacks on mosques, massive crackdowns on civil liberties, endless new, tangible evils, and not much more by way of an effective mass movement.

When the first plane hit the north tower, I was in Manhattan, near the Empire State Building, talking to a foot fetishist. I worked the Tuesday morning shift at a phone sex bank—someone had to. This was the fourth Tuesday I’d swiped in ten minutes before 8 a.m., picked up my headset and booth sign stating my stage name and “girl number,” settled into a vacant cubicle on the talking floor and logged in for early morning action.

END_OF_DOCUMENT_TOKEN_TO_BE_REPLACED 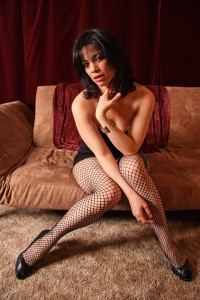 I was flipping through BUST magazine last month when I came across a story about a Portland-based phone sex operator who makes all sorts of cash talking about food fetishes. Impressed and intrigued, the first thing that came to my mind was my all-time favorite South Park episode where Stan’s dad gets caught jerking off while watching the Food Network late at night. After his wife blocks the channel, he starts calling the Food Network hotline and talks to a sultry-voiced woman about deglazing and how moist the pan roasted chicken is. So when I heard about Tonya Jone Miller, I was beyond thrilled to think that conversations like this really happen in the non-animated world, and that a real live woman might be getting rich bringing foodie fantasies to life.
To my disappointment, Tonya tells me that the food fetish thing isn’t super-common but was a fun angle for the story, which appeared in BUST’s food issue. She is, however, a successful, full-time indie phone sex operator with plenty to say about her business.

END_OF_DOCUMENT_TOKEN_TO_BE_REPLACED

“All roads lead to ass: a decision tree for phone sex” by Cameryn Moore 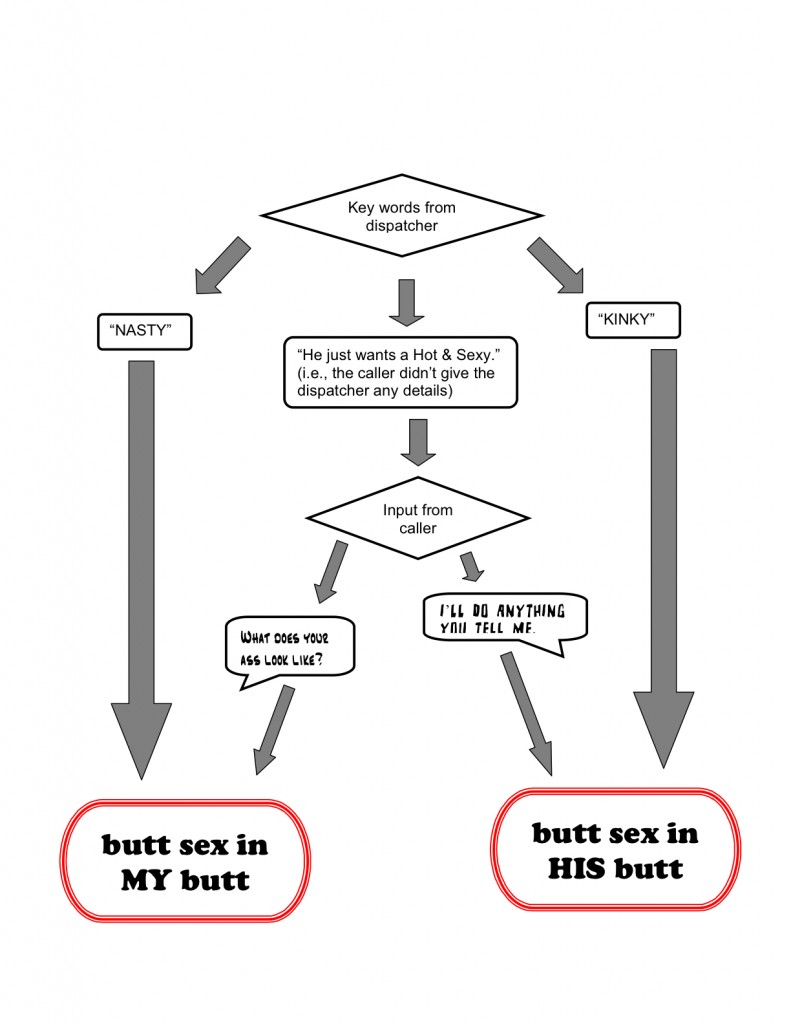