Sex Workers: YOU CAN AND SHOULD REQUEST PANDEMIC RELIEF

So we’re about a month into strip clubs being shut down. Before that, most in-person sex workers had already been worried about the potential of getting or spreading COVID-19 (the illness caused by the coronavirus) at work, and probably noticed a significant dip in business. Most times we’d be SOL when it comes to accessing unemployment benefits, since save for dancers at a handful of strip clubs, we’re not employees on payroll. But that changed when Congress passed the CARES Act in March, which expanded unemployment benefits to independent contractors.

There have been a lot of misleading screenshots and headlines implying that sex workers are excluded from pandemic relief. While it’s true that some adult entertainment businesses are theoretically excluded from the Small Business Administration’s disaster loans, sex workers as workers are just as eligible for stimulus payments and the expanded unemployment assistance that’s out there as any worker. Even if you’ve been operating as a business, you’re eligible as a sole proprietor to apply for unemployment now (Unfortunately, that only goes for citizens and permanent residents. If you are an undocumented worker in need of help, there are a lot of sex worker mutual aid funds that are prioritizing workers who can’t access government aid. Here are a few lists of those funds and resources for finding help. This COVID-19 resource post from Kate D’Adamo on Slixa also has information on other types of help available for all workers, as well as some myth busting on those Small Business Administration loans—you can still apply, and though there’s a chance you’ll be denied, you might just get it. “The definition of that term [“prurient sexual performance”] is based on the application of what’s called the Miller obscenity test,” D’adamo writes, “and a lot of things are actually fine – sex shops, sex educators, probably even strip clubs. Where it gets trying is anything involving the internet, because of competing court decisions that the Supreme Court hasn’t weighed in on.” D’adamo also notes that the whole process is a “clusterfuck” because banks don’t have enough information from the Fed to process applications, and “no one’s getting shit from anyone anytime soon, prurient sex-related or not.”)

There are two main types of assistance for individuals available: The one-time $1200 ($2400 for married couples and an additional $500 per child) Economic Impact Payments from the federal government, and the expanded unemployment benefits that cover the self-employed. Unemployment benefits are administered at the state level, so you’ll need to find your state’s unemployment website to start a claim. Maybe you’ve heard that the pandemic levels of unemployment have swamped unemployment claims? It’s not a great process to begin with, and having to revamp the whole deal hasn’t gone quickly or smoothly. But it’s a good idea to go ahead and start on the process. Supposedly workers will be able to get back payments, so try to get records of everything you can dating back to when you had to stop working due to the pandemic.

Here’s how to get started.

END_OF_DOCUMENT_TOKEN_TO_BE_REPLACED

That’s a big problem. As harm reductionists and sex educators, we can’t talk openly about what people are really doing behind closed doors. We aren’t supposed to legitimize sex without a condom as an option, or rather, we aren’t supposed to acknowledge that it may be the only option for many marginalized people. And that’s exactly the kind of dishonesty that allows HIV stigma to proliferate.

As an HIV counselor and longtime public health activist, as well as an ex-sex worker and IV drug user, I want this attitude to change. We need to re-open the conversation around what safe sex means in America and internationally, because while condoms can be an excellent means of STI protection, they are by no means a realistic option for every person in every situation. And sex workers in particular need to be involved in this conversation, since it is the most marginalized groups among us—drug-using sex workers, sex working trans women, street workers, sex workers of color, and people who fit into many or all of the above categories—who most often find ourselves in situations in which providing bareback services is our only option if we want to make a living.

END_OF_DOCUMENT_TOKEN_TO_BE_REPLACED

We’re Not Crazy For Doing This: Sex Workers With Mental Illness

Most people have some form of a lurid narrative about drugs, exploitation, childhood abuse, and mental illness come to mind when they imagine the life of a sex worker. However, sex workers’ relationships to their identity are far more complex and difficult to characterize than that trite narrative allows for. When it comes to sex workers who do live with the stereotypical trope of also having a mental illness, it becomes even more essential to uncover what these sex workers themselves have to say about their lived experiences of that mental illness and sex work.

Amber, a full-service worker from Washington DC, states, “I very strongly believe that the way that society treats sex workers, mentally ill people and other marginalized communities (that often intersect)…[is] based on kyriarchal/patriarchal, colonialist, and capitalist systems of control. In order to treat marginalized people better, I think we all have a lot of work to do regarding the unlearning of certain stigmas and stereotypes.”

The presence of stigma is one the key aspects of institutional violence keeping communities and individuals subjugated. It proliferates because it benefits those in power in this way. Stigma creates legal and moral justifications for the criminalization of sex work in America. It also creates an environment in which mentally ill people can be stripped of their rights through court-ordered institutionalization, coerced medication, and the assignation of relatives as proxies to control them legally and financially. The disqualification of the decision-making abilities of communities on the margins is a weapon of the oppressor.

Tara Johnson, a stripper from Portland, Oregon, elaborates on the ways in which decision making can be invalidated based on association with the sex industry, especially if one also has a diagnosis of mental illness: “Just because I’m (sometimes) crazy, doesn’t mean I’m wrong. My sex work was not me acting out, or indulging in yet another form of self-harm. It was nothing that entitles people to belittle my full humanity. It’s nothing that automatically means that mentally ill sex workers, especially ones who may have other issues too (drug use, etc.) should automatically be deprived of the rights that privileged, able-bodied civilians are entitled to.”

Sex work is not a dysfunctional behavior stemming from our disease. Rather, it is often the best choice we can make to adapt to our mental illness. In truth, many people with mental illness find sex work helpful in a variety of ways as an occupational choice. It gives us a less rigorous schedule which allows for more emotional instability. Sex work can also affirm us as something we can excel at when mental illness has hindered our success in more traditional pursuits.

END_OF_DOCUMENT_TOKEN_TO_BE_REPLACED

Dear Ms. Harm Reduction,
I’ve been escorting and doing pro domme work for a year and a half. Sometimes I do a gram of coke with regulars, or even do drugs with new clients on occasion. I’d like to be smart about this, but I feel like I can’t ask the the sex workers I know for advice because none of them would ever take that risk in the first place. Do you have any tips on how to stay safe while partying with clients?
Wilder Than (my) Friends

END_OF_DOCUMENT_TOKEN_TO_BE_REPLACED 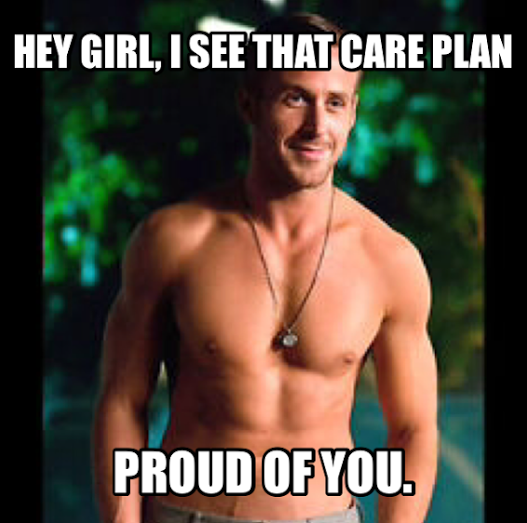 While many of us dream of the ideal client who will deposit money annually into our retirement fund or enroll us in their kick-ass work health insurance plan, he probably won’t come along for all of us. Here are some things you can do to get quality health care service in the meantime without breaking the bank:

1. First things first, you could be eligible for government subsidized health insurance through Medicaid! Check with an Affordable Care Act (ACA/Obamacare) navigator to see if you are. You can also call a Medicaid Hotline (1-800-541-2831) to check your eligibility. If you make under $1,300 a month (for a single person, that number goes up with family size) in reported income, are pregnant, or have recently had a child, you may be eligible for Medicaid. If you have recently been diagnosed with HIV you are also eligible for AmidaCare through Medicaid.

While open enrollment for the ACA has ended, if you are eligible for Medicaid or government assistance with     your health care plan you are still able to enroll without a fee. Reach out to Callen-Lorde Community Health Center if you think you might be eligible and get enrolled today!