By
Vanessa D'Alessio
-
April 18, 2016
When Beyoncé’s “Drunk In Love” first came into our lives, every stripper I know considered surfbort to be the highlight of her night at the club for a solid month. My escort friends curate playlists for their incall appointments and memorize which song signals the end of a session (try Semisonic’s “Closing Time” if the 90s are your thing and subtlety is not). If you ever pay me for sex, we will bump uglies to a bump-n-grind playlist of today’s top 40 hip hop. My middle-aged white clients probably do not identify as R&B fans, but their involuntary bodily response to a good beat makes my job a lot easier. The truth is that every professional has her favorite playlist for work, but not all songs are created equal. Any music that keeps our heads in the game despite the threatening click of loose dentures during cunnilingus is already doing a service to sex workers. But in addition to salvaging some of our least sexy sexy times, certain cultural producers seem to be the lone voices unironically celebrating our savvy skills as sex professionals. Enter Canadian rap artist and Drake protégé PARTYNEXTDOOR.

This guy joins a proud list of his countrymen (Drake, The Weeknd) in his lyrical appreciation for ladies of the night. But while we’ve long extolled his fellow Canucks for the special place they hold in their hearts for girls like us, there remains a significant disparity between him and the rest: PARTY doesn’t simply remark on the beauty of his hired hands. He lends a socio-political complexity to hegemonic narratives surrounding paid affection in a way his colleagues haven’t quite accomplished.

END_OF_DOCUMENT_TOKEN_TO_BE_REPLACED

Songwriters seem to love sex workers, no matter how little they may actually know about us. And on a superficial level, we seem like pretty good song material. We’re sexual, illegal, naughty, and easy to desire and pity at the same time. You want to protect us from the dirty men who pay us for sex, yet you secretly still kind of want it for yourself (see “Roxanne,” below).

Hookers provide instant layers of emotional complexity. Throw one in your song, and viola: an edgy, sexy hit single, depressing and tantalizing all at once. (If you find the hooker-heroine of your song isn’t pitiful enough, just add drugs and that should balance things out.) Charlotte and I sifted through some sex worker songs and rated them, 1-10 based on how obnoxious or pleasing they are to hear if you’re an actual sex worker.

We’d love to hear from readers too, on what songs make you smile or cringe. Leave your thoughts in the comments.

END_OF_DOCUMENT_TOKEN_TO_BE_REPLACED

Hi. My name is Lydia, and I’m from the Midwest. I’ve been honing my music folder in the same club for eight years and a few weeks. By the end of my first night my manager had nixed all instrumental music from my auditory arsenal forever (goodbye Amon Tobin). By the end of the first week I’d learned the hard way that Iggy’s “I Wanna Be Your Dog” was out too. In fact, anything produced and recorded in a manner that didn’t take up enough sound space was out (I still love you, Violent Femmes). Bass. Drums. In my manager’s words: stuff guys recognize, stuff they can sing along to. I spent some time fighting that, a lot of time dancing to “#1 Crush,” and a lot of time being completely fucking confused about how to bring my idea of music for a perfect strip club and the perfect music for my strip club together in a happy marriage of loving-the-one-you’re-with.

END_OF_DOCUMENT_TOKEN_TO_BE_REPLACED

Naked Music Monday: Take Your Vote to the Poles 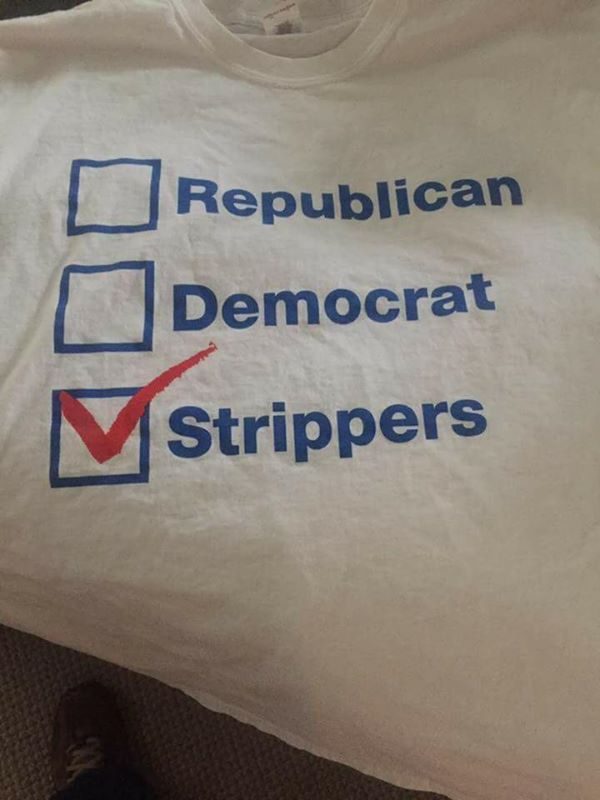