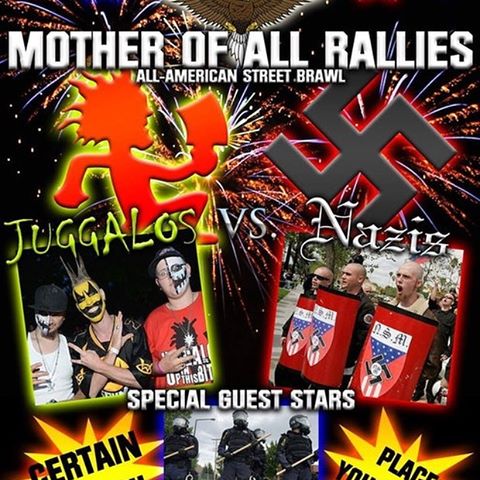 “Chicken Huntin” is a song about killing racists.

“Bitches”—so offensive that I’m surprised I don’t hear it on regular rotation every Friday night with that “Crazy Bitch” song. It’s got a verse by the late ODB.

I think “When I’m Clownin” was released at the height of the ICP backlash. Did it phase them? Nope, they went FULL CLOWN and got a cosign from Danny Brown.

“Halls of Illusion,” from the bands’ masterwork The Great Milenko, is essentially a revenge story that condemns child and partner abusers straight to hell.

“Your Rebel Flag” was released 25 years ago. Sometimes they’d set the flags on fire on stage.