The Merseyside Model, Part I: Can Sex Worker Activists Partner with the Police and a Conservative London Politician?

In Merseyside, England, violence against sex workers is treated by the police as a hate crime. This means that when a sex worker is the victim of an assault, robbery, or rape, she or he can report the incident without fear of being charged with prostitution, because the police have agreed to place a higher priority on convicting the criminals who harm sex workers over criminalizing sex workers.

Though violence against sex workers is not officially defined as a hate crime in written legislation or national law, the Merseyside police have adopted this term to mean an internal policy of giving enhanced services  to help sex workers, directing additional resources towards people whom they believe are particularly vulnerable to crime due to social prejudice.

Working in partnership with sex workers’ projects, including the Armistead Street Project and the UK Network of Sex Work Projects, the Merseyside Police designate special police liaisons who communicate laterally with sex workers’ organizations. Through these organizations and other public outreach efforts, sex workers are encouraged to share Ugly Mugs with the police, describing perpetrators of harm whether they be a bad client, a street thug, a pimp, or someone they know. There’s also an Independent Sexual Violence Advisor (ISVA), a social worker whose job it is to look after the needs of the victims of crime, making  sure that the sex workers receive care and are comfortable with the criminal justice process.

It was a sex worker-led effort in 2006 that led to this internal policy change within the Merseyside Police Department. After the 2005 murder of  Anne Marie Foy, who sustained over 60 bodily injuries during an assault on the job, sex workers’ organizations in Liverpool strategized to change this situation. Prior to Foy’s murder, six other sex workers were killed in Liverpool between 2000 and 2005.

END_OF_DOCUMENT_TOKEN_TO_BE_REPLACED

What Antis Can Do To Help, Part One: Aiding Those Still in the Industry

I am a sex worker who hates the sex industry. As an anti-capitalist, I hate all industries. It’s not quite as if I’d prefer another system in place of capitalism. If I had to describe my ideology in positive terms, I’d call it fatalistic socialism, which I define as the belief that socialism would be really nice if we wouldn’t inevitably fuck it up. (Maybe I’m a Voluntary Human Extinctionist.) However, just because I have no solution to the current state of affairs and happen to be a misanthrope of the highest degree, doesn’t mean I can’t keep my hate-boner for capitalism in general and the sex industry in particular.

I’m not alone in my hatred of the sex industry, of course. Sex work abolitionist feminists* (see note below) — or as they are often known, the Antis — are right up there with so many religious zealots, conservatives, liberals, anarchists, and ecofeminists in the anti-sex industry brigade. They’re known as “Antis” because they’re also anti-porn, anti-prostitution, and anti-sex work in general (and typically anti-kink, anti-transgender, and even anti-penetrative sex as well.)  A particularly perverse sort of second-wave radical feminists, Antis are a loose collection of mostly white, middle-class, able-bodied women from the Global North, the vast majority of who have never been in the sex industry.  Still, they make it their mission to eradicate the industry by “ending demand” for ALL sexual services, so as to free ALL women from coercive male sexuality.

I find plenty of their theoretical points (if not their attendant practical solutions) agreeable to my own ideology. The sex industry is about satisfying male sexual desire at the expense of female sexual desire. Its continued existence is predicated on the economic and sexual exploitation of women, particularly queer women, trans women, poor women, disabled women, and women of color.  But, just like I wouldn’t try to tear down capitalism and free all the “wage slaves” by burning down factories and leaving the workers jobless, I’m not going to destroy patriarchy and “save” myself and my fellow sex workers by scaring off—er, re-educating our sources of income. If sex work abolition succeeds, it will liberate millions of women (and men, third gender, and agender folks as well) right into homelessness.  Further, in the interim, advocacy for abolition results in the kind of social marginalization and shitty public policies that exacerbate the discrimination and violence we as sex workers face on a daily basis.

END_OF_DOCUMENT_TOKEN_TO_BE_REPLACED

A Sex Worker’s Open Letter to the Australian Media

After the Sydney Morning Herald published an editorial promoting the Swedish model of criminalizing sex workers’ clients, exploiting the murder of Australian street sex worker Tracy Connelly to further an anti-sex worker agenda, many sex workers responded to the piece by writing to the news outlets that printed or re-printed it. Jane Green wrote a version of the editorial that appears below and sent it to both the Sydney Morning Herald and The Age. The Sydney Morning Herald didn’t respond or return phone calls. The Age did, eventually, but after two and a half weeks of discussions decided against running an edited version, indicating they’d provide better access to sex workers “next time.” We at Tits and Sass thank Jane for allowing us to post the what other outlets declined to publish.

As a Victorian sex worker, I looked on in horror at the article seeking to exploit the death of sex worker Tracy Connelly, published in the Sydney Morning Herald days before the International Day to End Violence Against Sex Workers.

It is horrifying and traumatizing to the sex worker community to have an article proposing the Nordic Model of criminalizing sex workers’ clients—proven to have devastating effects on sex workers’ health and safety—released on a day used to protest violence against sex workers. Horrifying, but not surprising.

Looking back on the month of sex worker Tracy Connelly’s death, July 2013, which encompassed four high profile sex worker deaths internationally, I am struck not just by the tone of the writing, but by what it highlights to me as a sex worker regarding what the media are willing to, or interested in, discussing. It tells me what is newsworthy about our lives.

END_OF_DOCUMENT_TOKEN_TO_BE_REPLACED 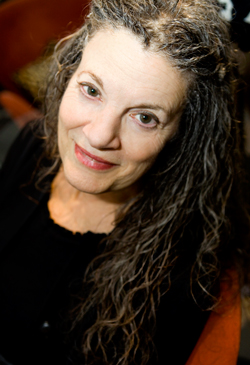 END_OF_DOCUMENT_TOKEN_TO_BE_REPLACED

On Dec. 20 the Senate passed Senate Resolution 439: “A resolution expressing the sense of the Senate that Village Voice Media Holdings, LLC should eliminate the ‘adult entertainment’ section of the classified advertising website Backpage.com.”

I am clearly weeks late responding to this. This happened in the flurry of holidays, travel, and the Sandy Hook shooting media storm. It was also on the heels of December 17 so most of the sex work activist community was burned out and exhausted. Though not necessarily intentional, the highly unfortunate timeline of events is important to note.

In immediate practical terms, this doesn’t mean much. A simple resolution only expresses nonbinding positions of the Senate. No one is required to do anything is response. But the implications are disturbing.

The growing campaign against Backpage is a continuation of the same work that successfully shut down the Adult Services section of Craigslist. The same bad logic, false data, flawed principles, ineffective solutions and racist bullshit apply.

The Village Voice, which up until recently was part of the same subsidiary group as Backpage, declared in 2011 that “the Craigslist beat-down was absurdist theater.” Remember the debacle when Ashton Kutcher declared himself a spokesman for the anti-trafficking movement? If you don’t – here are some reminders. It was a perfect illustration of the absurdist theater that the Voice pinpointed.

But they have responded very differently to the campaign to shut down Backpage.