Dear Tits and Sass: Breaking Up With a Regular Client Edition

I need help breaking up with a long time client. He is a very sweet guy and if I were to describe our dates (lots of time out in public: dinners, shows, etc.) it would sound like a pretty cushy gig. The problem is that I find being physical with him deeply, deeply repulsive. Not like I’m so hot for my other clients, but it’s a real challenge with this guy. I regularly find myself closing my eyes and trying to breathe without letting *any* expression cross my face—forget about me faking pleasure, I’m merely hoping to not betray my urge to run. Let me stress that he is not abusive or demanding, and he doesn’t hurt me.

I feel like he’s usually aware that I’m hating every second we’re naked together, but he’s so taken with me he lets it slide. The last time we did an overnight together, I dreamed about screaming at him that he was horrible and I never wanted to see him again. He’s not horrible, but I can’t talk my body out of feeling completely miserable during sex with him. We’ve known each other for over a year now, seen each other for long dates at least 15 times, and I have no idea how to break it off. I can’t pretend I’m retiring, and I don’t want to take down the overnight option from my website. (Seeing him for a short period of time won’t really help anyway; I’ve tried, and it still sucks.) But I’ve got to do something because in the days in advance of seeing him, I start feeling really sad and panicked. I don’t think it’s healthy for me to see him anymore, no matter how much money is at stake. Please help!

Sincerely,
SMS (Save My Sanity)

END_OF_DOCUMENT_TOKEN_TO_BE_REPLACED

I’m 28 and I’ve been a stripper for almost seven years. The last couple have definitely been the hardest, but the most profitable. I’ve created a life better than I could have imagined for myself before I started dancing—riding horses at nationally rated jumping shows, buying a house, driving a nice car, zero student debt and actual time to go to college as an adult, traveling to marathons and going on luxury vacations often, eating healthy food, and more. I wake up every day to a life I love, good friends, my pups. I’ve spent the single years doing my own thing.

I’m ready for and really want a partner. I haven’t dated in almost five years, save for a month of dating an impotent obese man. My 65-year-old customers probably have exponentially more sex than I do. Dear God, I want a steady flow of conversation that doesn’t involve being paid, and holy cow I would love a steady supply of dick before my vagina dries out like the Sahara. Online dating was a big fail on one free site and two paid sites—the few dates I had were either okay and didn’t work out, or sucked. I choose not to date customers of the club I work for as a personal boundary. I’m not so much into casual sex, but the few partners I’ve tried have led me to believe that I’m an unsatisfying-penis magnet.

It’s gotten to the point where even thinking about dating really sucks, and makes me unhappy for days when someone brings up the idea. It seems like as soon as I reveal my job, guys either flee or do the “trophying” thing until it quickly gets old for them. Recently, a friend wanted to introduce me to her boyfriend’s attractive pal. When I asked her if she’d told him about my job, she said she and her boyfriend would wait for me to tell him.

I feel like I’m tricking someone into a date with me if I don’t come with a huge red flag, a scarlet “S,” and some infamous Jaws-esque warning music. I don’t want to quit my job, and I’m not apologetic about what I do, but it does seem to be a big deal to men who aren’t meth addicts, have all their teeth, and live indoors. I don’t think it’s fair if they’re set up on an outing with me if they’re being…um, tricked. I’d want to know if someone was setting me up with someone that had a pretty big possible dealbreaker.

My question is: How in the fuck do I start dating again? Do I tell prospective gentlemen about my job, and when? Should my friend tell this man about my job before he decides whether he would like an outing with me? Do I lie entirely for as long as I can, despite my work being at obvious hours, and the stilettos and g-string laundry that litter my house? How long do I lie? Do I really have to wait another six-to-sever years (quittin’ time) before men will take me seriously as a partner?

END_OF_DOCUMENT_TOKEN_TO_BE_REPLACED

Dear Tits And Sass: What About The Résumé Gap? 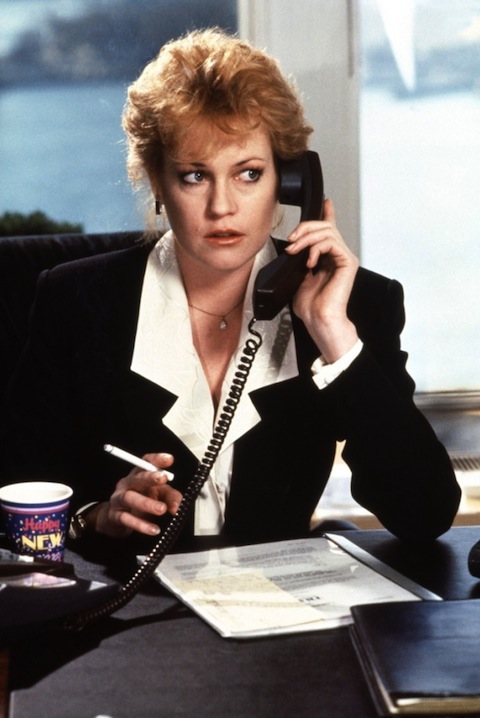 I’ve been a sex worker since 2010 and until recently, haven’t done much else. I graduated with honors from a very good college back in 2006, but the working world has kicked my ass. I could cite some mental health and substance issues, but that would be a copout. I think I’ve just been plagued with a lack of direction and downright laziness. For about a month now, I’ve had serious stripper burnout coupled with “double life” burnout. The constant lying and endless small talk is getting under my skin. Plus, sex work enables my many vices, from drinking to smoking to risky sexual behavior to erratic sleep and diet.

As another tax season commences, I know I’m going to be looking at the same stagnant 40-50K income I’ve made the last three tax years. Super stripper I am not, plus I just turned 30. I’m hoping to gain advice on how to land a straight job now (I can’t just concoct three years of normal work) and how to gloss over this aspect of my life when I apply for a Ph.D. this Fall. My aim is to earn a Ph.D. that makes a six-figure income realistic.

I’ve made some efforts to get my ducks in a row through volunteering and taking undergrad level classes relevant to my desired degree. I have an in at a job that would be a great building block toward my desired career. But I’m worried about awkward interview moments. People finding things online. For someone who lies constantly, yet isn’t the best bullshit artist, I need to bullshit my way through job interviews in the near future.

END_OF_DOCUMENT_TOKEN_TO_BE_REPLACED

This Dear Tits and Sass goes out to all the working girls with unruly vaginas. Good luck getting those suckers under control! As always, if you are struggling with a sex work related dilemma, you can email info [at] titsandsass.com and we’ll give some advice or at least some moral support. Reminder: we cannot tell you how to successfully break the law, so don’t ask (Aspiring hookers, this means you).

I have been a stripper a little over a week and have an embarrassing problem. When I give a lap-dance, I sit on the guy and dance a little with legs open. Sometimes some air gets into my vag. When I change positions, or if they ask me to show them my cunt, maneuvering to give them a good view often means that I queef. I am mortified when this happens, as it totally puts me off and breaks me out of my ‘stripper persona.’ Researching on google, it seems there is not much I can do about it other than possibly Kegels? But for some people it seems to make it even louder, so I really don’t know. 🙁
Thanks for your help,
The Queefer
END_OF_DOCUMENT_TOKEN_TO_BE_REPLACED

I’m a pro domme who also sometimes does full-service work. My partner of seven years and I are thinking about trying for a kid, but I’m worried about the custody issues that might come up because of what I do for work if he and I were ever to split up, or if I got arrested, or if anything else went wrong. I trust my boyfriend, and I don’t anticipate our stable relationship breaking up anytime soon, but you never know. He’s a white collar professional, while I’ve never held a straight job: I know which one of us would look better in court. What should sex workers with children know about child protective services and how best to keep their kids?

Anxious about the future,