TITS AND SASS SERVICE JOURNALISM BY AND FOR SEX WORKERS
Random
Home This Time, It's Personal

From an Industry to A Hobby: How Review Boards Have Changed Our Work

When I first started working as an escort in this industry, review boards did not exist. The internet was not as widely used as it is now and I worked for agencies that advertised in the phone book or in local papers. We didn’t even have to post photos of ourselves in a public forum; some operator just described our looks and personality over the phone and clients took their chance at booking us. Business was hit or miss, but I liked the anonymity. Though I heard more and more escorts were using online advertising to promote themselves, I was late to the game. My old way of working didn’t yield me as much revenue as other workers, but it protected my privacy. And then finally the gig was up. I had to change with the times and start advertising online or I would have virtually no business. But I didn’t want a website. And I definitely didn’t want reviews.

I first became aware of escort review sites when I read an article about the Big Doggie debacle of 2002 and even then, I still didn’t quite understand what the website was. Upon visiting TBD for the first time, it looked like a confusing mess of ads and message boards, none of which I could access. Sometime later I found out about The Erotic Review, mostly from the controversy stemming from its founder Dave Elms and the various charges that were brought against him. Either way, I wanted nothing to do with either site. As someone who had already experienced arrest once before while working, I couldn’t believe any escort would want a detailed description of a session with a client posted online for anyone to read, providing law enforcement with another tool to prove their guilt in prostitution cases. Oh sure, the  disclaimer stated that the reviews were for “entertainment purposes only”, but when escorts got “fake” reviews, they were sure to raise holy hell about it and complain to the site administrators to have it removed, which is a daunting process in itself.

Then I got one. A fake review, that is. Yes, my first review was a fake review. It described me as having blond hair (not at that time),fake boobs (I wish) and doing a session I don’t recall booking, but I couldn’t read the rest because I wasn’t a “VIP” member. It was just a fluke that I found it as I never looked at TER, but I was bored one night and there it was, linked to my phone number and email address.

END_OF_DOCUMENT_TOKEN_TO_BE_REPLACED 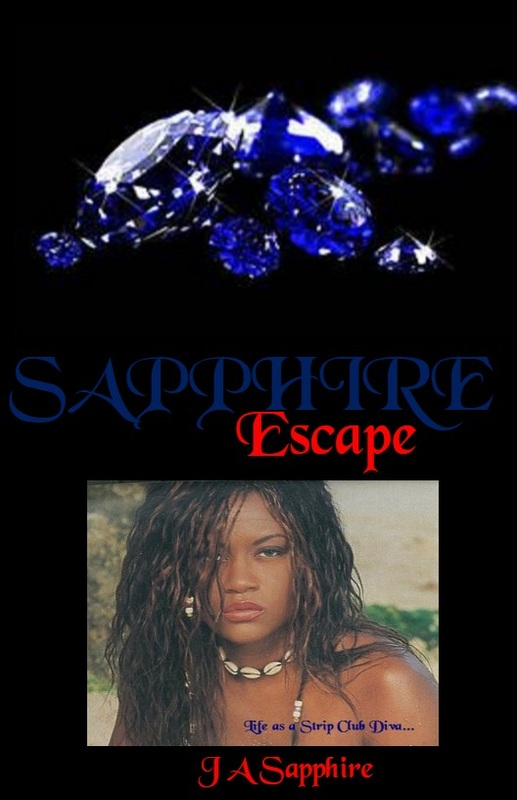 The following is an excerpt from the first volume of dancer JA Sapphire’s self-published memoir, Sapphire: Escape. At this point in the book, it’s 1996 and Sapphire has just decided to work as an exotic dancer for the first time. She has escaped from an abusive background and moved to Atlanta from the Eastern Seaboard, and worked a series of jobs, but found herself unable to pay rent, so she made her way to Magic City and has been taken to the dressing room by one of the managers, Nick.

I watch Nick close the door behind him as I place my bag on the table to search for something to wear. I don’t have much. I pull out something that I think is very sexy, something that I bought from the lingerie place in the Phipps Plaza. It’s black, full-lace with thick lace embroidery that covers the real important parts. It has two snaps at the bottom of the crotch, the neck comes up like a turtleneck, and the shoulders are ruffled. I take out a small red pencil and light the tip with a lighter to line my eyelids. I use the black mascara to extend my lashes. I use the black gel called Ampro to smooth my hair’s edges. With curl activator I bring up the waves in my hair. My hair is still cut into a boy-like fade. I pull out some lipstick that cost me about two dollars and paint my lips. I look at my reflection thinking I look great.

I start rubbing my body down with lotion when I notice a medium light-skinned girl with broad shoulders walk in. She’s dressed very conservatively in a white turtleneck, jeans and bootheels. She places her bag on a chair and glances at me but doesn’t speak. She goes in front of the mirror and stares at herself. She has blunt-cut bangs. She untangles the scarf from around her neck and the back of her jet-black hair. I feel that it’s impolite that neither one of us is speaking; therefore, I walk up to her with an extended hand to introduce myself to her.

She looks at me disdainfully up and down, then walks out the room. I hear her mumbling to Nick, then laughing. She returns but never says a word. “Excuse me,” I interrupt. “About how much money do you make in here?” She cuts her eyes, looks at me angrily and remains silent. “Excuse me,” I repeat myself. “Do you hear me?”

END_OF_DOCUMENT_TOKEN_TO_BE_REPLACED

Still Learning: On Writing As A Privileged Sex Worker

I work as a writer and a pro-domme. For me, the first stems from the second; the financial independence I earned from my pro-domming gave me the confidence and clarity to think and write. In my writing, I am out as a sex worker. My byline is a name, Margaret Corvid, that I consciously link to the name I use for sex work. As a dominatrix, I am Mistress Magpie; the real magpie, a whimsical, intelligent, and slightly evil bird, is in the corvid genus, along with jays, crows and ravens. This little play on words honors my sex work and my kink, the foundations for my work as a writer. I also link the two because my politics dictate my being out. As a white, able-bodied cis woman from a middle class background, my privilege affords me a modicum of protection, so I write as a sex worker even when I am writing on an issue entirely unrelated to sex work. Hopefully, this choice helps in its own small way to move us forward towards a time when sex workers can participate fully in the public sphere.

The privilege of my origin shows through in my writing, which is the product of my education. I inherited my skill at writing through the educational opportunities my middle class background afforded me; I learned it, but I did not earn it. Because of that skill I have been able to write for top-level publications in the UK, writing some explicitly pro-sex work and pro-kink pieces for them. Unfortunately, I have made some mistakes in my writing. The first piece I wrote for the Guardian referred to some sex workers as “miserable slaves”, because in my advocacy for the understanding that sex work is work, I was trying to inoculate my argument against people’s likely criticisms. In doing so, I bought right into the trafficking myth. Months later, I came across some criticism of the piece. I engaged with it, apologizing and putting myself through a crash course on the rescue industry; this study resulted in the first piece I wrote about sex work which I feel is truly worthy. Through my embarrassment, I realized that I needed to completely reeducate myself. The reputation of the “social justice warriors” on the internet is fearsome, but I have tried to approach feedback with a sense of humility, and a few of the most vocal activists have graciously offered me their support.

With my unearned platform, I have an opportunity to carry the message of sex worker rights to policymakers. I am duty-bound to do my best to get up to speed with the voices of the most marginalized among us, while not using my privilege to insist that others educate me. As I prepare to write a big article about the sex worker rights movement, aimed at those who have heard little of it, I’m frightened of making a mistake, of making things worse for us. When I’m speaking to an audience of non-sex workers, my choice of message and the way I deliver it must avoid reinforcing the assumptions and stereotypes that marginalize us, and my politics must not pander to the social forces that criminalize us. If I can’t do that reliably, I might as well say nothing.

END_OF_DOCUMENT_TOKEN_TO_BE_REPLACED 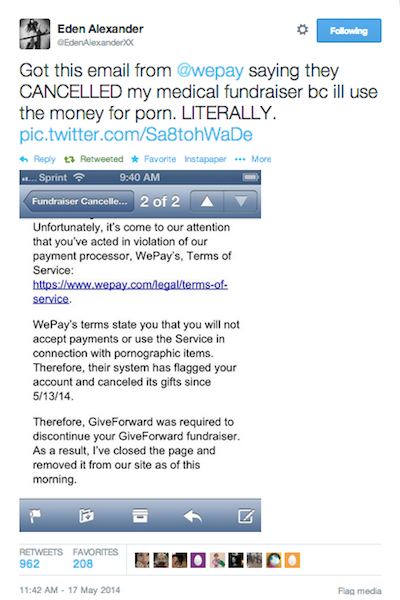