The Week in Links: March 11

The Rev Lia Scholl tells ministers how to relate to sex workers while reporter Nicole Greenfield examines the problems with the gospel of “Hookers for Jesus.”

On Charlie Sheen’s partners: “A woman’s active embrace of the fame monster or participation in the sex industry, we seem to say, means that she compromises her right not to be assaulted, let alone humiliated, insulted or degraded.”

Ottawa’s government lawyers will argue that prostitutes choose a risky life and therefore don’t deserve state protection. But tell us how you really feel, assholes.

There’s a new book on the British man who murdered three prostitutes.

END_OF_DOCUMENT_TOKEN_TO_BE_REPLACED

The Taxman and the Domina

It’s tax season! That makes me think of a story I found out about a few weeks ago involving a Domina and a silly man with a government job.

A tax collector from Secaucus, NJ named Alan Bartolozzi wired (maybe more than) $780,000 in taxpayer money to a Domina with addresses in 5 states. He wired money internationally too, but there isn’t any info out there on where… I imagine somewhere sunny. She featured the guy on her website, but it’s down. I am assuming he’s dressed up in sissy clothes or bent over with objects inside him based on my own experience with government workers, but I could be wrong.

END_OF_DOCUMENT_TOKEN_TO_BE_REPLACED 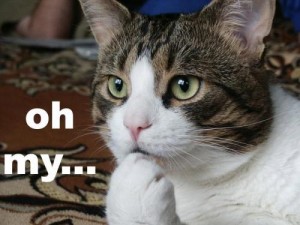 “Harry Reid will have to pry the cat-house keys from my cold dead hands” says brothel own Dennis Hof.