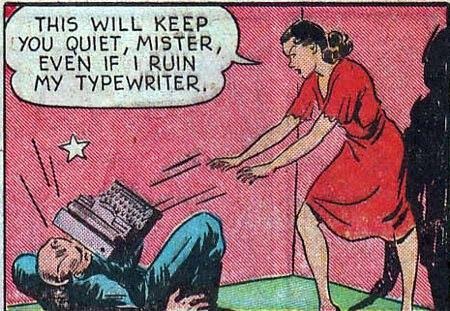 Media Coverage of Sex Workers Erases Our Voices by Lily Fury
Tits and Sass contributor Lily Fury’s Establishment piece confronts a problem which we’ve devoted thousands of words to on this site: the flattening, sanitizing, and sensationalizing of sex workers’ stories by the mainstream media. The quotes she elicits from interview subjects like Shagasyia Diamond and Akynos Shekara on their misrepresentation and erasure by journalists in favor of whiter, more well-heeled, and respectable representatives of our profession are searing: “The white victim is always the victim people feel sorry for,” Shekara observes. And Fury turns the endless debate about listening to sex workers on its head, asking: “Should non-sex-workers be allowed to speak for us? Is there a way for journalists who haven’t worked in the sex industry to write about it responsibly?”

I’m A Sex Worker Who Was Raped, Here’s Why I Didn’t Fight Back by Holiday Black
[Content warning: graphic description of sexual assault] This was the piece I saw linked most often this year within my sex worker peer group. I wish we all didn’t identify with it so much, but Black excels in depicting the profoundly fucked up reality we live in.

My Hopes & Fears About Becoming A Mother After Being A Sex Worker by Melissa Petro
Petro delves into intimate territory with testimonies on the often fraught relationships sex workers have with their mothers and reflections on how this shapes us if we become parents ourselves. I couldn’t get this quote from Meg Valee Munoz out of my head: “There’s this painful thing that happens when you’re a sex worker and become a mother. You start to realize how incredibly intense a mother’s love is, yet start to question why your own mother’s love was not strong enough to reject stigma and accept you.”

#Black SexWorkersLivesMatter: White-Washed “Anti-Slavery” And The Appropriation of Black Suffering by Robin Maynard
Feminist Wire posted this stunning manifesto in 2015, but since we didn’t point it out last year, I’m taking the chance now. Maynard’s piece explains why the prohibitionist lobby’s use of the term “slavery” drowns out the concerns of Black sex workers. In the process, she creates an information-packed primer on Black feminist and sex worker movements against the prison industrial complex.

The Peculiar Political Economics of Pro-Domming by Lori Adorable
Adorable is at her brilliant best here inquiring why pro-dommes confuse the paid performance of control with material power: “I…don’t see how a half dozen or so fin-dommes have transformed ‘fuck you, pay me’ dirty talk into a semi-coherent rhetoric of wealth redistribution on certain strains of social justice Twitter.”

The Tedium of Trans Sex Work by Sarah
In a wryly funny and insightful piece, Sarah tells us about the extra heaping of objectification that comes with being a sex working trans woman: “[Clients] want some kind of once-in-a-lifetime bucket list sexual experience, have no idea what that is, and expect that you’ll be able to provide it—because that’s what they think trans women are there for.”

What Trump Means For Sex Workers by Juniper Fitzgerald
In impassioned but incisive prose, Fitzgerald explains why Trump’s election should make us think about guiding the sex workers’ rights movement away from my-body-my-choice libertarianism into a collectivism which defies what the President-Elect stands for.

As A Sex Worker, I’m Terrified For The Next Four Years by Hennessy Williams
On a more personal note, a couple of weeks after the election, Williams gave voice to the the way we all fear for our safety under Trump, especially those of us who are people of color and LGBTQ.  She also spoke to the cognitive dissonance of seeing clients who rejoiced in the new regime: “Already, I’ve heard my clients who work in the pharmaceutical and finance industries express excitement about how their industries will flourish under Trump, giddy with the results many Americans took as bad news.”

Why Prince Was a Hero to Strippers by Lily Burana and Naked Music Monday: Prince by Bubbles (Susan Elizabeth Shepard)
Because Prince was uniquely important to strippers.

Support Hos: Deadpool by Maggie McMuffin
A Marvel superhero film whose romantic lead is a kick-ass sex worker: what could be better? McMuffin’s review is a delightful read even if you’re not a comic book geek.

“Junkie Whore”—What Life is Really Like for Sex Workers on Heroin by Caty Simon
The writer draws from her personal life and the lives of other opioid-using sex workers to illustrate how inaccurate the junkie whore trope truly is.