TITS AND SASS SERVICE JOURNALISM BY AND FOR SEX WORKERS
Home Politics Porno-Enlightenment: How Pornography Propagates A Liberal Worldview 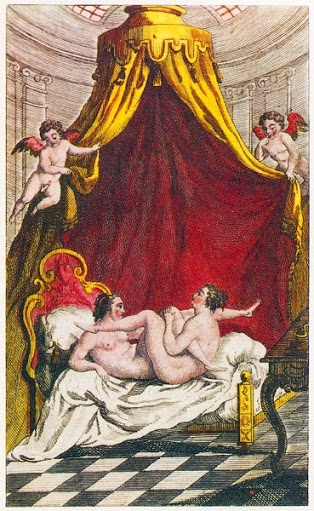 The Industrial Revolution ushered in an explosion of sex work. The working class family, no longer able to maintain the same sexual division of labor as the cottage industries of rural peasantry, faced a labor crisis. Working class women more often had to turn to survival sex work. During the Victorian era, Marx and Engels wrote, “In its completely developed form, [the] family exists only among the bourgeoisie. But this state of things finds its complement in the practical absence of the family among the proletarians, and in public prostitution.” Eventually, the labor movement won a “family wage” for many working class men, creating a professional class of “housewives.” Women in the workforce also came to have expanded access to higher paying jobs. Sex work, however, has continued to be ubiquitous at the margins of capitalist society, where wages are lowest and family relations are the most unstable.

That capitalism has been a liberalizing force with respect to gender is well known—it eventually brought with itself suffrage and civil equality. Capital has failed, however, to substantially alter gender relationships to the extent where persons with sexually commodifiable bodies are relieved of the pressure, from the destabilization of family and economic relationships, to sell their sexual labor to men. This was the case when Friedrich Engels wrote of sex work in the context of the dire situation of the urban proletariat at the time of the Industrial Revolution in The Condition of the Working Class in England. It is is the case currently when Black trans and gender nonconforming people are 47 times more likely to do sex work than women in general. Inasmuch as media is an ideological reflection of the social forces which produces it, media depicting sex work will promulgate liberal gender egalitarianism for exactly what it is—an ideology which allows for equality only to the extent that civil equality reifies an efficient trade in labor-power as a commodity, in the abstract.