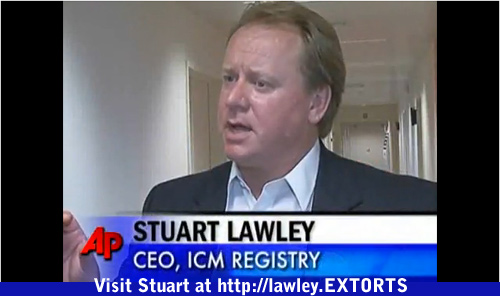 If the content on your site doesn’t all neatly fall into ONE of the predetermined categories maybe you won’t be able to register for a domain name at all -OR- you could be offered an expensive premium TLD like .CONFUSING or .DOESNTUNDERSTANDBRANDING or .NOTENOUGHSTEREOTYPING. If at one time you qualified for one brand of domain name but gain or lose weight, change your party affiliation, start fucking people of the opposite sex, or take off too many clothes (or put clothes onto parts of you that were nude at the time of your initial domain registration) then your domain name should be seized and put into a holding tank full of sharks for three months, kindly allowing you to remove the contradictory content or shift your entire business to a differently dotted restricted area.

Perhaps I’m being unfair, though. We won’t be forced to choose one restrictive TLD over another. Those who take their businesses seriously will be given the opportunity to register HUNDREDS of duplicate domain names reflecting every single niche interest they’ve ever mentioned in passing on their sites for thousands upon thousands of dollars in registration and renewal fees each year! Think of it as paying $9 to $75 a year for each and every tag you’ve ever added to a blog entry.

If anyone is going to be censored, maybe the government should censor ICANN’s endless creation of new TLDs. As it stands it’s like buying a piece of land, building your home on it and then having someone tell you ten years later you also need to buy the plot of air above you and erect a new hover-building before your house is condemned as too damned dirty for ground level.