TITS AND SASS SERVICE JOURNALISM BY AND FOR SEX WORKERS
Home Activism University of Toronto Panel: “The Myth of Ending Demand For Prostitution” 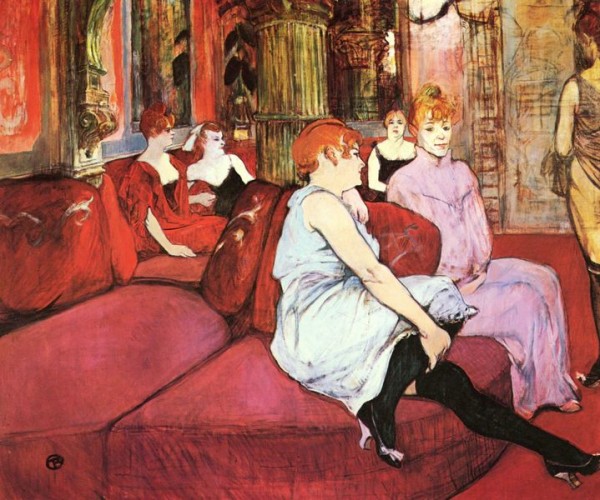 Prostitutes are the new black in Canada. I’m proud to say that by and large, Canadian people seem pretty sympathetic to this a hot legal and social issue (despite annoying comments like “they should legalize and tax it.”  I wish I could emblazon on everyone’s brain that earnings from prostitution are already taxable). Prostitution laws in Canada are facing their most serious legal challenge in 20 years, and so far the prostitutes seem to be winning. The government’s stance of—I’m paraphrasing here—“Who cares if they get killed? They’re just prostitutes” has gone over poorly with the public and the courts.

Recently there was a panel organized by legal wunderkind Lisa Kelly on the new plan of the Conservative Canadian government to follow the Swedish model of criminalizing the purchase but not the sale of sex. The highlight was the discussion on how anti-client laws still made the prostitute the figure of stigma; that being seen talking to a prostitute could open you up to a world of hurt, legally speaking. They did share some fairly shocking policies. Some municipalities write a “Dear John” letter to men merely seen in areas where prostitution occurs when they have no evidence that they were, in fact, communicating for the purposes of prostitution, and send it to the address of the registered vehicle. Not only does this violate a variety of legal rights, but the letter could go to the person’s wife or boss or friend. I imagine Hertz is sick and tired of receiving these letters. So the result of “client centered” prostitution laws is that the prostitute is a socially contaminated figure, and merely being accused of talking to her or being in her vicinity makes you a bad person, and the police will gently suggest that maybe you shouldn’t be on streets with prostitutes on them in the future.

The other (you would imagine more contentious, but contention never arose) issue that came up was the construction of prostitution as violence against women and the resulting stigma against their clients as abusers. While I have grown accustomed to this insistence that the world consists of feminists victimizing (rhetorically or otherwise) sex workers, I was surprised by an insistence that male clients of prostitutes are also victims of feminists. Feminists, to this line of thought, have so successfully stigmatized seeking out prostitutes that men are helpless in their wake, their self-esteem has plummeted and they can no longer go to sex workers without feeling bad about themselves. I found that surprising—but I also found it not true. An astounding number of men go to see prostitutes. If, as we all insist, the criminal law has made no dent in the demand for prostitution, I certainly don’t think feminists reduced it. I am also unconvinced that the stigma attached to going to prostitutes is greater than being a prostitute (as one of the panellists posited). If you stood up a man who had visited prostitutes in a typical job interview next to a woman who was a prostitute, and openly acknowledged both histories—well, the woman would not get the job. And the great majority of arrests for prostitution-related offences are of prostitutes, not the men who patronize them.

I’m not entirely sure I believe in this particular stigma. The social stigma attached to going to a prostitute is related to the typical assertion of masculinity—like a “real man” can go out and seduce a woman without paying for it. Admitting that one cannot convince a woman to perform sex acts with you without payment is the embarrassment, not an inference that they are violent towards women. That is an old time stigma with misogynist overtones, not a feminist issue at all; prostitutes, to this line of thought are a dirty embarrassment and not as good as a “real woman.” The perspective that sex for money is constructive violence is a highly academic one. It has not, from where I stand and watch, made it into the general population. On the contrary, I think the social perspective is still, unfortunately, skewed the other way: that violence against sex workers is a qualitatively different kind of violence, if, indeed, it is “violence” at all.

We have to look past the occasions when this still fairly specialized theory is used and scrutinize who is using it. While Melissa Farley seems to believe she is a feminist (and she seems to be a true believer), let us take a minute and look at who is hiring her. Does that person or entity believe and promote these theories in their everyday operations, or do they appear to be using these theories to couch another, entirely different and oppositional agenda? Ms. Farley was recently an expert witness in Bedford v. Canada, the challenge to Canadian prostitution related laws. In that case the Respondent (trying to uphold the laws) was the Government of Canada, with Interveners (on the Respondent side): the Government of Ontario, the Christian Legal Fellowship, Real Women Canada, and the Catholic Civil Rights League. Farley was an expert witness for this dream team. To me, these organizations do not sound particularly feminist. If I was to speculate as to whether these organizations were concerned with the general welfare of sex workers and violence against said sex workers on a day to day basis, I would say they would fall closer to “The Opposite of Concerned” than “Very Concerned”. The Government of Canada refined its position for the appeal to argue that they are just under no obligation to care if prostitutes are endangered by their laws. Does that dovetail in any meaningful way with Farley’s position that prostitutes should all be on disability for PTSD?

I’m not saying that theorists like Melissa Farley are not a problem; indeed, Justice Susan Himel did not think much of her evidence or the rigour of her methods (skip to paragraph 352 in the above link if you want to read the Canadian judicial version of a bitchslap. That’s right. Melissa Farley is not well respected by the Ontario Superior Court of Justice. Suck it). But we’re falling for some misdirection here. The real issue, if we are going to declare that feminism is the enemy of sex work and that feminists have progressed to the point where we are now oppressing male clients of sex workers, is who is using this research, and why. I don’t think that Ms. Farley is convincing a lot of people of her theories. It seems to me that a lot of the people using her theories have a meaningful ideological disconnect from them. They use these conclusions because (I suspect) they want sex workers, the problems of sex workers, and violence against sex workers to be well hidden from their tender sensibilities, and that agenda just doesn’t sound as good in a court room (particularly in post-Pickton Canada). This is my very long way of saying that I think the problem is less related to “feminists” and more related to anti-feminists who have discovered the social and legal value of feminist rhetoric. H8ers, as they say, gonna H8. (And I would insert a picture of a kitten here if I could).