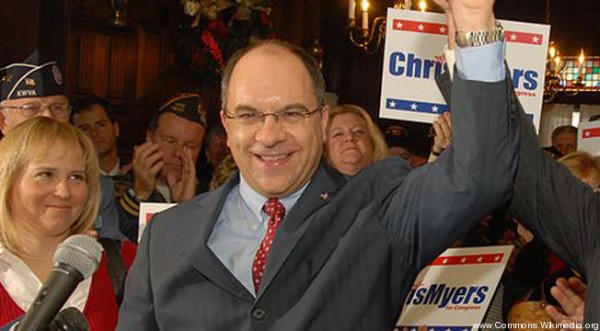 Chris Myers, mayor of Medford, N.J., and the latest GOP-er to get caught up in a Rentboy scandal, claims he “doesn’t know” if the photos of him in his underwear (posted online by the Rentboy himself) are real or not.

SWOP is seeking new board members—spread the word!

As a new SWOP chapter is opening in St. Louis, a local LGBT publication urges their community to be tolerant toward sex workers.

The San Francisco Bay Guardian commemorates the “Prostitute March of 1917,” when sex workers marched into the church of a local reverend who had been pushing to force “reform” upon them.

Massachusetts GOP State Senate candidate Phil Mitsch learned the hard way that tweeting, “Women, you increase your odds of keeping your men by being … a whore in the bedroom,” isn’t an effective campaign strategy.

The Club Onyx manager beaten by Vince Young after refusing to put $8,000 in singles on his credit card tab and flashing the “horns down” (an insult to Young’s alma mater, the University of Texas) sign, has sued Young for assault.

The BC Centre for Excellence in HIV AIDS, a Vancouver-based health organization, has stated that the decriminalization of prostitution will help keep sex workers safer.

Rick’s Cabaret forms its own stripper basketball league during the NBA lockout.

Lindsay Lohan might be joining our ranks soon as a Playboy model.

The January death of an ex-porn performer in San Diego is still being investigated.

A study discovered that the majority of London prostitutes have not been coerced or trafficked, and choose sex work because it pays more than other options.