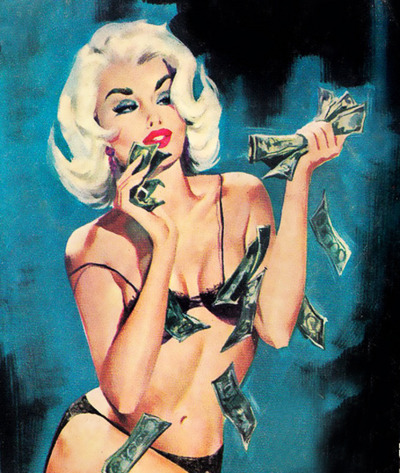 Nine strip club patrons had to be treated for bear spray. Kat is not surprised.

This post on Jezebel reminds us of a Dear Tits and Sass question.

In “a plot to take revenge on colleagues she believed had stolen her clothes and Christmas presents she had bought her four children,” an Australian lady convinced her roommate to rob the brothel where she worked using a butter knife. Sounds about as well organized as this story.

Hustler wins lawsuit over their publication of nude photos of Nancy Benoit, the model murdered by her wrestler husband. Meanwhile, they plan on running photos of living Secret Service prostitute Dania Suarez.

Three marines are accused of hurting a Brazilian stripper.

Every time an article like this comes out, maybe we should link to this.

Kelly Ripa outs husband Mark Consuelos as having worked as a male stripper after college.

The poster for Lovelace is so cool.

The fourth annual Sex Workers Action Network of Waterloo Region will be held in June. Read up on the Ontario Court of Appeal prostitution decision if you haven’t already.

In “an appalling violation of human rights and medical confidentiality,” Greek authorities released the names and photos of 12 HIV-positive prostitutes.

Thanks to a Zimbabwean prostitute going to authorities over being paid with a fake $100 bill, $37,000 in fake US bills was recovered when detectives found the source.

The Providence police chief accused of stealing from a stripper’s Coach pocketbook is rejecting a plea offer and going to trial.

A male stripper is the body of the Hulk in The Avengers.

A trans woman was denied admission into Atlanta’s Pink Pony.