TITS AND SASS SERVICE JOURNALISM BY AND FOR SEX WORKERS
Home Reviews The Playboy Club, or, What You Should Watch Tonight 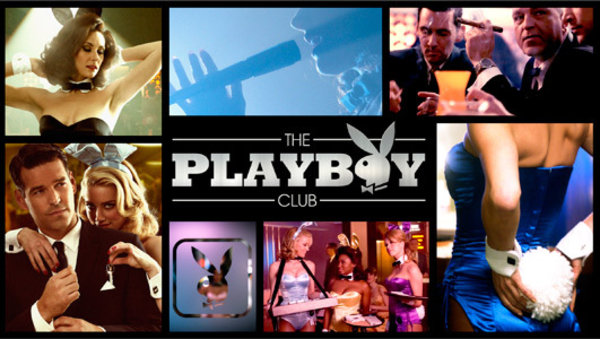 We begin the show in a kind of POV thing where we go into the club and see Nick Dalton (who I assume is going to be a big deal) get his name up on the board after giving his key to the Bunny in the front door. I am already in love. He has dimples! But this show isn’t about men. I mean, they’re here, being pretty awful, but the real reason I am watching is because of the women. The real fun begins when we see Bunny Carol Lynne onstage singing while the new girl, Bunny Maureen, (we only know this because her boss called her something else and she took the time to correct him, which I liked because he acted as if it was crazy that she would do something like that) looks on longingly. She  likes to dance and is really impressed with the woman singing—so impressed she isn’t paying attention to her work:

Maureen goes to get cigarettes from the backroom (because she seems to be selling them like, whoa, it is the ’60s, after all) and is approached by a guy who she’d previously danced with, until he thought it wise to grab her ass with both hands. She wasn’t mean about pushing him away, she just swerved out of his arms and began dancing with another man. He’s totally pissed about it though, as evinced by his angry voice. Apparently, she should have just put up with it? He actively goes after her (aggressively tries to rape her), and while Nick is fighting the guy (he came looking for cigarettes) Maureen kicks him in the neck and punctures his carotid with her heel.  Did I mention that I really like this woman?

Apparently he’s a huge mob figure. BUT! Nick knows what to do. He wraps him in tarp that just happens to be lying about and they take off into the night to dispose of the body. I think I’m supposed to be suspending my belief for this part, but since I’m not good at that I have to wonder why that happened so quickly. They dump him in the river. I don’t know if I’d be cool with riding home with a guy who casually dumps people in rivers, but maybe that’s just me. 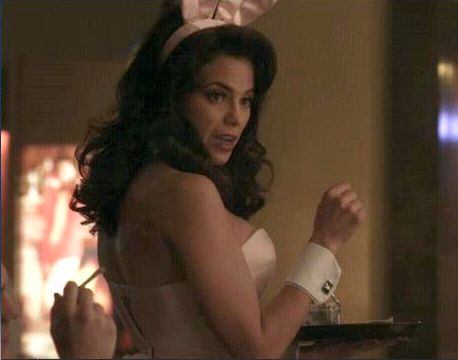 We go back to the club for a minute and see Bunny Janie getting hit on by guys who are just … awful. They ask why there aren’t prices on the menus, and find out that everything is just $1.50. The most creative guy in the bunch asks if she really means “Everything”, and she mentions that if it isn’t on the menu it isn’t for sale. He then, sounding totally nonplussed, says to his friend, “They’re not hookers?!?!?!”

Priceless. This guy’s a gem! The women in this show are spunky though, so she answers, “No. And I’m not a waitress, I’m Bunny Janie.” Which is really amazing to me. I love that these women insist on having names, and are vigilant about humanizing themselves with these men who, so far, come off as boorish at best, excluding Nick Dalton, of course. He just seems like a coldblooded criminal. But he has dimples!

This is just the first ten minutes, dude!

I won’t bore you any longer with the play by play, but I should.

I really liked this pilot, and I can’t wait to see where it goes. Everyone on this show has a secret, so I will definitely be tuned in for the many revelations. I also kind of want to know how the mob family reacts when they find out what really happened, I mean, someone already found his key by the river.

This show airs on Mondays at 10pm Eastern time (so, 9 pm Central,  and 7pm on the West Coast) on NBC. So set your TiVo for tonight!