SERVICE JOURNALISM BY AND FOR SEX WORKERS
Home Blog Page 2

Coronavirus and the Predictable Unpredictability of Survival Sex Work

With the coronavirus hitting a market which has still not recovered from SESTA/FOSTA and the Backpage seizure, sex work has taken a double whammy in a two year period, and it is most adversely affecting those of us who have the least power, influence, and resources. Still, for us survival sex workers—people who work just to survive or barely survive, people who aren’t making a revenue, people who may get one or two clients in a week even though we work tirelessly all day and night to hustle for clients—while this situation has only made it harder for us, it’s always been hard for us. When a reporter asked me recently how the coronavirus had affected my work, I told them that it’s hard out there right now, but low income, survival, and street-based workers have always struggled. Whether hardships come in the form of SESTA, coronavirus, scary/sketchy clients, or law enforcement stings, survival sex workers have always had to bear the worst of it. Along those lines, for example, sex work/tech collective Hacking/Hustling’s recent study “Erased: The Impact of SESTA/FOSTA And The Removal of Backpage” found that SESTA/FOSTA’s passing had very little effect on the lives of non-internet-using street and survival sex workers of Whose Corner Is It Anyway in Western MA, whose work was already fraught with vulnerability, surveillance, and criminalization and whose earnings were already meager.

In this way, experiencing a drastic change in circumstance because of the coronavirus is in many cases a sign of how good someone has it in the whorearchy. Recent articles in publications like Buzzfeed News or the Huffington Post focus on interviewing sex workers who have experienced a severe and swift change in their economic stability as a result of COVID-19. Of course, the negative impacts of coronavirus on sex workers are tragic and warrant the public’s and the greater sex working community’s compassion. However, the unspoken truth about many more upwardly mobile workers who’ve experienced these negative impacts is that for them, life and death struggles for survival may only just recently have become a reality. I.e.—one has to be up before they can come down.

END_OF_DOCUMENT_TOKEN_TO_BE_REPLACED 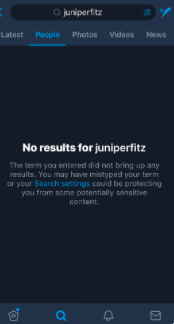