TITS AND SASS SERVICE JOURNALISM BY AND FOR SEX WORKERS
Home Blast From the Past Oh, To Be a Housewife! 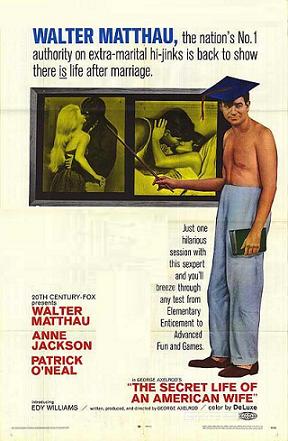 The happy couple has a beautiful exchange in the car on the way to the train though, one that starts when the husband is talking about the things he and his associates do for the movie star (played by Walter Matthau) that they work for. It’s standard take-care-of-an-overgrown-child stuff, like picking him up from the airport, catering to his every whim, and getting girls for him. The girls are what Victoria can’t get over, and not for the reasons most people would be hung up on them. She feels undesirable, and thinks that those women must be incredible if men are paying for their time. She needs to know how much they charge, what they look like, and then whether she can be one of them. Victoria’s husband isn’t flustered by this line of questioning in the way most men would be. I assume it’s because he’s not paying much attention to her anyway, but then I started to think it may be that he’s evolved enough to not be freaked out by the idea of his wife being a working girl. It turns out, however, that he just doesn’t think she has it in her… but it doesn’t hurt to dream, right?

She goes through with it, by the way. The fact that she follows through is a big deal. We’ve all seen the story/movie where the well-bred, educated, attractive white woman thinks about exploring sex work for whatever reason. She always tells us why and how and we get to assume what kind of sex worker she’d be, and then at the end she never goes through with it because she can’t see why anyone would really do it.

This woman follows through! And she does it on her own. No one arranges things for her, no one tells her how to act, what to wear, etc. She retains her agency all the way through. I appreciate that. She and the client have a very interesting exchange, each playing at something that’s not completely honest—she at being a confident, sexy, non-neurotic woman, he at being an asshole celebrity—but they seem to fit well. I can’t say they were completely mismatched which, as a sex worker, is how I feel with most of my clients.

What sticks out the most to me is that this film is quite modern in its treatment of the work itself. She isn’t treated like a victim or anything, beyond her being very vain. She breaks out in tears when he’s paying her because she’s full of self-pity, but, she articulates it extremely well where most women would just cry and run off to some fella. She doesn’t ever say she feels dirty because she has a desire for sex or to be desired sexually, she’s just mad that she can’t get what she wants. She doesn’t even express any qualms about cheating on her husband to get what she wants. I love that! 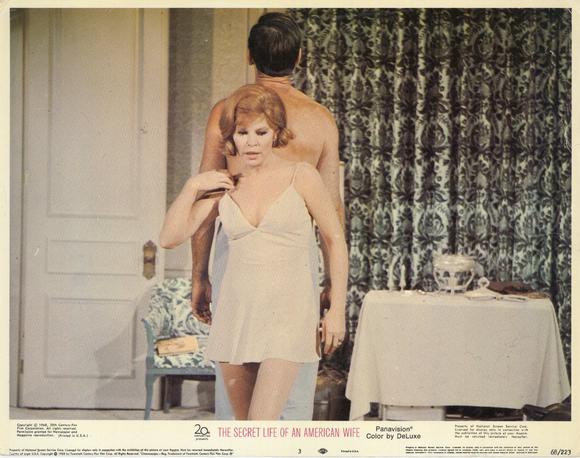 Also, the word hooker is used without it being a joke, just as a descriptor, which I appreciate quite a bit because most older films stick to “call girl” or some other word that doesn’t immediately make you think of streetwalkers, or sex for that matter. When you say “call girl” you can delude yourself that maybe there was no penetration, maybe they just went to dinner, maybe he just needed to be around a woman, even though we all know that’s untrue. This movie treats the act itself very smartly.

I am also really into how the male character has no name. He is just a way for her to find herself. Usually women are used as portals of transformation, so it’s a welcome change. He’s the woman in the fridge.*

In the end she heads home, without getting weird or attached like we’re told we always do. See ladies, some of us don’t need to immediately marry every man we have sex with. Yay for progress! Yay for a film where a woman isn’t looking to find a man, but to reconnect with a part of herself. She and her husband have hot sexy sexy when she gets home, by the way. Actually, since this film was made in 1968, we don’t see them having sex, but the way they embraced is all the inspiration I need to project my desires onto them super hard. (It’s been a while since I’ve had a 1968 embrace—don’t judge!)

Vintage films are rarely so good to women, rarely showing us a woman with agency, rarely giving us a glimpse at a woman who is flesh and bone: fucked-up, insecure, sensitive, intelligent, and willing to step out and get her needs met. I stumbled onto this movie and am extremely impressed by it. Lucky me. We all need to see this.

P.S. This movie failed at the box office…so, yeah.

*Truthfully. I would eat a 1960s Walter Matthau popsicle.