TITS AND SASS SERVICE JOURNALISM BY AND FOR SEX WORKERS
Home Uncategorized Michael Kimmel, #MeTooSociology, and Feminist Betrayal of Sex Workers In Academia 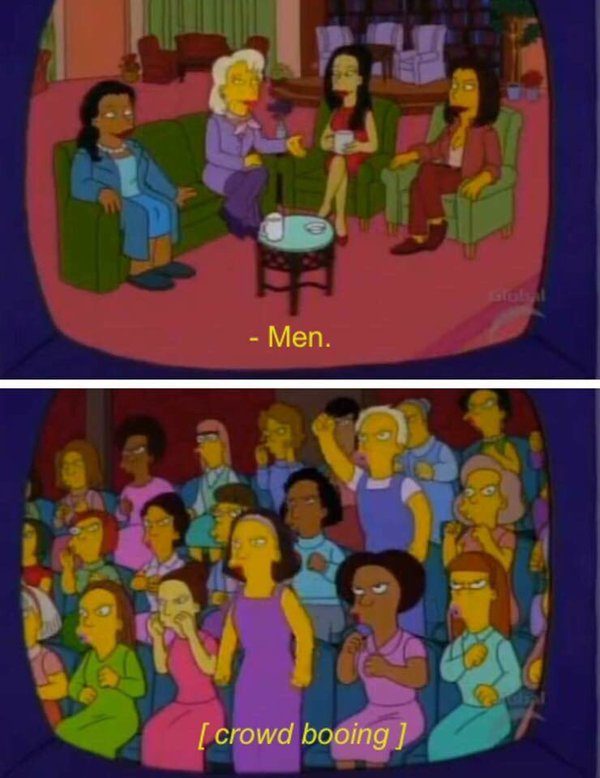 I’ve made an entire alter ego out of the things people hate most about women: bodily autonomy and self-determination in the form of sex work and body modifications, among other things. The recent allegations against prominent sociologist Michael Kimmel, a man known for his scholarship on masculinity and masculine entitlement, unveil the things people love most about women—complicity in the form of apologetics and silence, among other things.

The lauding of Kimmel as a feminist hero and the white, cis women who still defend him, are particular kinds of institutional, personal, and professional betrayals. Black feminist sociologists like Patricia Hill Collins have, for years, pointed to the “insider within” position of marginalized people, explaining how social, racial, and sexual marginalization contributes to a clearer vision of society (a fish doesn’t know it’s in water, after all).

Despite my sex worker red flags going off every time I used to show Kimmel’s TEDTalk in the college classes I teach, titled Why Gender Equality is Good for Men, I’ve used his work for years. I’ve assigned his books. I’ve suggested him for paid lecturing gigs. More than anything, that’s how the “game” of academia works—in order to succeed, one must deny the knowledge gained as an “insider within.” Having played the game of sex work and the game of academia for quite some time, I always suspected that Kimmel was the kind of man who’d believe that fucking him was its own form of liberation. But I pushed that feeling to the side because YAY FEMINISM!

The allegations against Kimmel produced the hashtag #MeTooSociology, which is teeming with horror stories of sexual assault in higher education. Relatedly, after experiencing sexual harassment as an undergraduate and graduate student, I decided to do my Ph.D. dissertation on the sexual harassment that sex working femmes in academia experience.

In my dissertation, I interviewed 20 sex workers who were either students or faculty at an accredited university in the U.S. or U.K. Every single one experienced unwanted sexual attention in intellectual spaces—classrooms, offices, conferences, etc.—because of the lingering perception that sex workers are perpetually available. I also included my own experiences in academia as a once current, now former sex worker. I have been sexually harassed, sexually assaulted, and propositioned by no less than nine cis men in academic positions of power.

If I’m being generous, some of my experiences with sexual harassment as a then sex worker can be chalked up to naivety. For example, one professor asked me how much I charge for a girlfriend experience. As someone who offered that service at the time, the request itself was not problematic; the space in which it occurred was. Power dynamics in both academia and the sex industry are comparable but, nonetheless, different. Rejecting a client or breaking a client’s nose when they disrespected my boundaries in the sex industry came at a price. My physical and emotional safety could be profoundly threatened and I likely wouldn’t be able to pay rent. In academia, rejecting a cis, white male in a position of power comes with the exact same threats, except instead of not making rent, rejecting a sexual predator in academia can end your entire career.

Despite these two populations—clients in the sex industry and cis, white male academics—overlapping more often than civilians think, the space each population occupies at any particular moment determines the systemic power they have over bodies. If, as one hypothetical example, my current chancellor were to tell the world that I refused to blow him for $100, his credibility would be just as precarious as mine. If instead he floated rumors about my “unprofessional,” “dramatic,” or “alarmist” character, I would likely get stuck in an overworked academic position with no real possibility of promotion, earning half of what most of my cis, white male colleagues make and navigating daily microaggressions aimed at my body, my parenting, and my intellectual rigor. Hypothetically.

The sex workers I interviewed for my dissertation told similar and even more egregious stories.

So-called feminists in academia are complicit in the sexual harassment and non-consensual outing that sex-working academics face. By default, they are complicit in the sexual harassment that all femmes in academia face, despite making lucrative careers by claiming the exact opposite. In fact, some of them—like Avital Ronnel—are themselves the abusers. Ronnel, the heralded New York University philosopher, sexually harassed her graduate student, groping him and using inappropriate sexual language as “pet names.” While some have defended the language—“Sweet cuddly Baby,” “cock-er spaniel,” and “my astounding and beautiful Nimrod”—as queer “camp,” the situation is similar to those of sex working academics: the intent doesn’t mean shit but the power dynamics mean everything. Referring to a person who likely has a cock as a “cock-er spaniel,” even if both academics are queer, means that the subordinate student’s body is on display within an institution that patently devalues and shames the body.

Bringing any subordinate academic’s body to the forefront only ever has negative implications for the person being subordinated. And we can learn a great deal about subordination, bodies, and power dynamics in academia by listening to the experiences of sex working academics.

Lulu, whom I interviewed for my dissertation, was shocked to see a former client-turned-professor at the meet-and-greet for the master’s program into which she’d just been admitted.

Another interviewee, Samantha, stated that she confronted a peer who boisterously leered at her during their classes together.

“My peers think that sex work […] is a level of promiscuity,” Samantha said. “Like, ‘oh, well, this person just wants to have sex.’ The peer I confronted just said ‘Yeah, well, I heard you’re a sex worker, so, you know.’ ”

Likewise, in my interview with Vivian Salt, she explained the import of space and place in conversations about subordination, bodies, and power dynamics:

As a student, I wasn’t hypersexualized because I was a student first. In other spaces, no matter how long I’ve been an activist, I come in as an activist first and they assume I’m not a sex worker, but the second that [my sex work] gets dropped, especially if they don’t know my academic credentials, I definitely feel very much both hypersexualized and very much intellectually undermined […] When I am a sex worker first, there’s this assumption of being kind of dead inside.

Being perceived as “kind of dead inside” means that sex workers are perceived as lacking bodily and particularly sexual boundaries. Even self-described feminist Mary Mitchell claimed in 2016 that the rape of sex workers is “more like theft of services” and that prosecuting people who rape sex workers “minimizes the act of rape.” This is a particularly brutal standpoint for those of us in academia because academia has such rigid hierarchies and unrelenting power dynamics. 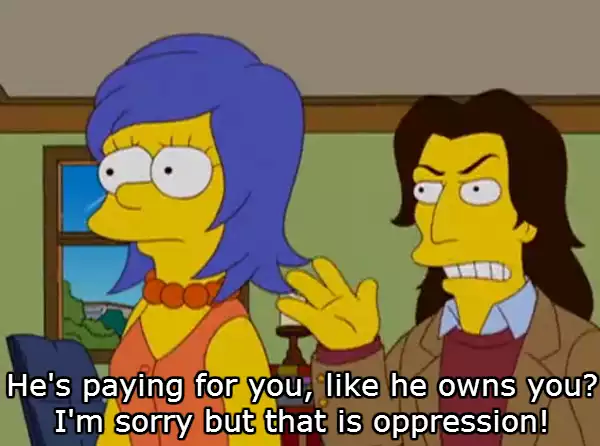 In fact, I recently attended a mandatory university meeting in which several folks were tasked with rattling off our institution’s strengths. Hilariously enough, a man who sexually harassed me in academia mentioned “collegiality”. Of course, sexual predators cannot see the havoc they wreak. And of course, anti-sex work feminists in academia cannot see how they perpetuate and apologize for this havoc. These experiences are literally the definition of the “insider within”—only those unfazed by their own aggression can live their lives believing that everything is collegial. Those of us who have the displeasure of existing within the havoc are simultaneously insiders. We know better than anyone how to dismantle systems of injustice.

For sex working students, faculty, adjuncts, and staff, we must start to embrace our insider-within status. Our status is illuminating; it can expose, as philosopher Michel Foucault said, “the political violence that has always exercised itself obscurely through […] institutions that appear to be both neutral and independent.” Embracing our status is not only about embracing the things that people hate most about women, specifically bodily autonomy and self-determination. It is also about bringing our hard-earned gut feelings to the academic table. It is about using those gut feelings to challenge claims of objectivity and neutrality in academe; it is about telling our abusers to take their collegiality and “professionalism” and fuck all the way off.

Sex workers, like other bodily laborers, provide a service. In order to understand that sex work is a service and a job, one must first acknowledge that consent does not simply dissolve when one creates a cost/benefit analysis of one’s life and finds blowing men more sustainable than other forms of work. Adding to that, academia could certainly stand to place a higher value on insiders-within rather than making deities out of abusers.

Of course, sex work is special—it is not like making a latte or building a house. In a sociopolitical environment marred by sexual oppression and obsession, any form or expression of intimacy is necessarily political. But prominent “feminists” like Julie Bindel and Janice Raymond have literally referred to sex workers as walking dildos. They call women like me, women who hold the exact same credentials as they do, “pimps.” So when I try to talk about my own sexual harassment in academia, many chalk it up to an issue with my own “professionalism.” You can’t claim that you’ve been hurt by men when the reigning feminist assumption is that sex work is necessarily harmful, a kind of backward approach to victim blaming.

And yeah, in a utopia, I would not have had to blow a man to pay off my overdue library fees, because education and all its accessories would be free. I’d have free healthcare and unfettered access to knowledge and secure housing and a basic income. But when feminists tacitly or blatantly suggest that sex workers bring sexual harassment upon ourselves, the implication is that because we haven’t single-handedly created said utopia, our oppression should be double downed on.

It is time for feminists in academia to support us “public women” as much as they support public education.