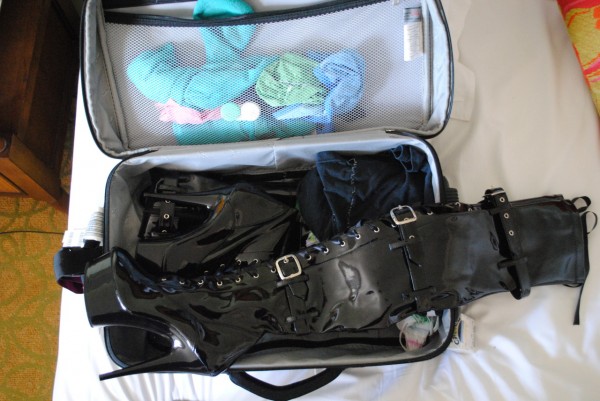 Strip tripping can be fun and lucrative, or you can come back with less money and an ego so bruised that you’ll change the subject whenever anyone asks about that trip that you wouldn’t shut up about before you left. There was the time that I went to Indianapolis during the Indy 500 because a lonely juggalette stripper on the Internet told me I’d make like ten thousand dollars, minimum. And then there was the time that I just showed up in Hawaii and had to eat Burger King and Subway for a week. I would like to think that I know what I’m doing by now, and since I’m not nice enough to tell you where the money’s good, I’ll at least share tips that have made my life easier. This list is inspired by badass seasoned road stripper Story’s advice, so please look at it first.

Through Being Cool: If Vegas is on your stripper bucket list, or you can’t stop looking at everyone’s Guam Facebook pics, then I won’t stop you from going to the popular stripping destinations. But I think you’re going to have more luck at the club in the middle of nowhere that you’ve never heard of. You know why you’ve never heard of it? Because strippers keep the best places to themselves. Get rustic. Is the customer riding a horse around the parking lot not a big deal? Do the dancers pee in the dressing room trashcan? Go there.

Get A Room (And A Car): I like Travelodge and I recommend them, unless you’re the kind of person who can’t handle a couple of cigarette holes in your bedspread or a pile of moth carcasses in between the window and the screen. Most importantly though, their employees don’t get paid enough to care about things like check out times, switching rooms because you want a better view of the parking lot, upgrades that you didn’t pay for, comping you $1.50 because the soda machine was out of your first choice, etc. I’ve found that Alamo will rent to individuals with bad credit so that’s what I use.

It’s Time For Some Tough Love: If you’re going to travel with a buddy, choose someone of equal or greater outer beauty than yourself. Clubs look at road girls as package deals and if one of you doesn’t meet their hiring standards, they’re going to decline both of you. (This is just about the only time I’ve seen management spare dancers’ feelings.) Also, if one of you is consistently out-earning the other, resentment is going to follow no matter how cool of people you are. Conversely, if a club doesn’t hire you and your friend, don’t speculate too much. Maybe the manager was in a horrible mood and you guys just happened to walk through the door.

The Juice Bars Are Worth The Squeeze: If given the choice between topless and fully nude, pick the latter. I’ve personally found that they’re better money. Those customers aren’t there to sit around and knock back a bunch of overpriced sodas after work. Plus juice bars tend to stay open later, which is a good thing. 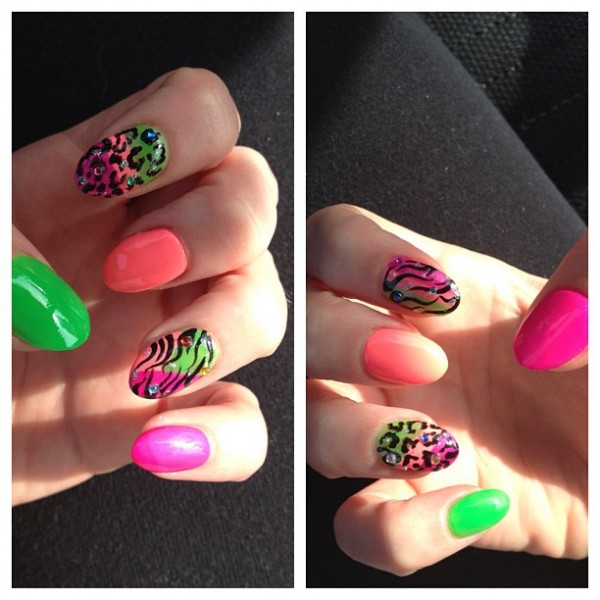 Get Your Nails Done: Getting along with house girls is really easy; just make sure you have really cool nails. I’m not even
joking. If you have amazing nails, girls will ask you if they can see them, and then you basically hold hands and it’s like passing the peace pipe. They’ll show you their nails and ask where you got yours done and then you explain that you’re from out of town and then you exchange names and she thinks, “That Kat girl is okay in my book because she has good taste in nails and she’s not going to be here long enough to mess with.”

Capture The Queen: You want to have the alpha female of the club on your side. Often times the queen bee types will have royalty-inspired names that help you pick them out right away, if you aren’t already able to by the way they hold court. At the club where I’m at now, the top girl goes by Majestic and her boyfriend is getting her legal name tattooed on his penis. One of the house girls complained to her that I was making money and Majestic told her, “Well she’s blond and she has a big ass” and that was the end of that.

Sacrifice A Shift (Or Three): If you’re in a new place with multiple clubs, you might have to sacrifice a few shifts finding the right club, at the right time of day/night, on the right days of the week. (Don’t forget to ask your new Queen Bee friend when/where she works and what she recommends.) Unfortunately, these learning experience shifts are just part of the trial and error process of finding the money. Keep telling yourself that they’re “research” so you don’t get too discouraged. I guess this is probably a good time to remind you not to leave on a work trip with no money unless you’re Han Solo. Try to waste, er, spend the beginning of the week figuring out where you want to work so that you’re ready to make money in the club that best fits you by the weekend.

Get Your Bribe On: There was a DJ who was mean to me, played the opposite kind of music I had requested, cut my songs, didn’t tell people to tip, and skipped my sets, so I tipped him a $20 on top the percentage that the club takes for staff. Makes sense, right? Look, I don’t like paying staff more than I have to, let alone if they’re flagrantly not doing their jobs, but this an exception. From a cost-benefit standpoint, $20 won him over and was a small price to pay to make my work environment more tolerable.

Debe Aprender Español: I don’t care where you’re going. It’s 2012 and this is a skill you should have anyway. A few key phrases can go a long way.

Occupy A Wells Fargo Account: They suck and they’re evil, but they are everywhere, and having to mail money orders to your credit union is a hassle.

Let Attention Pay You: Keeping track of stage fees, dance cuts, tip outs, percentages, door fees, ASCAP fees, etc. can get confusing, especially if you’re moving from club to club and it’s all running together. However, if certain staff members pick up on the fact that you don’t even care where the amount that you owe at the end of the night comes from, they might charge whatever they think they can get away with. Keep your own dance tally and politely ask for a breakdown of what you owe. I’ve even worked in clubs that offer out-of-state dancers a discount, but if a manager is dealing with 80 girls that night, he might need me to remind him which one I am.

The Limited Offer Hustle: When customers turn you down or tell you they’ll be back, get dramatic. Tell them you’re not from there and that they’re never going to get to see you again in their lives so they’d better get a dance while they can. You can even go one step further and tell him that they’d better dances right now, answering their “maybe laters” with “We’ll all be dead by then.”