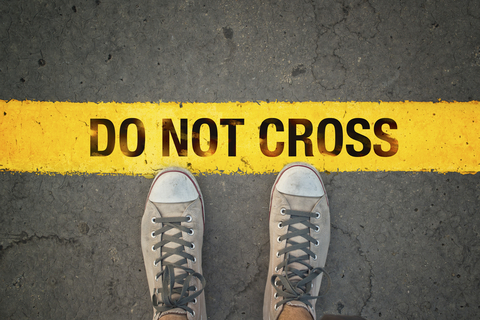 I’ve been a worker for around ten years now and have been full time for around the latter half of that. Navigating having a partner while being a worker is nothing new to me. However, I’ve been with my current partner for around a year and over the last few months I’ve started to worry about possible whorephobia and manipulation around my work.

A few of my regulars have become friends over the years, a few of whom I’d see socially (like going for dinner/drinks tagged onto a booking), communicate with socially (off topic chat and not just admin style arranging bookings kinda contact) and when this has happened, it’s been driven by me and stayed well within my comfort zone. But now, these long-term regs are backing off because I’ve created distance due to my partner’s difficulties around it, and I’ve not provided them with a solid reason why. I don’t know what to say to them other than being busy, but with no explanation a few of my crying manbaby clients have taken it personally and I’ve lost their custom!

I lost another client because activities happened during a session which were outside of what my partner and I had agreed (which was down to miscommunications and misunderstandings, rather than me deliberately ignoring anything that we’d agreed). The culmination of this happened when my partner had overheard something while I was seeing my client at my incall space, and didn’t like the sound of it so looked through the air vent to see what was happening.

I felt sick that she had been doing so without my prior consent, but obviously she was angry that I hadn’t respected our rules and it must’ve been a pretty tough way for her to find out. I heard doors slamming and told my client to wait a moment, and paused the booking to go and talk with her. I tried to calm the situation and said I would finish up with him so we could talk properly after. This wasn’t good enough, and she walked in on him, shouted at him, and then stormed out. I didn’t know what to do so I apologised, gave him his money back and then asked him to leave. Another regular lost.

Most of my clients are older gents but one is younger, and as such I adopt a more casual, familiar tone with him. My partner read through my work e-mails  and at first, said “I know it’s work, you’re flirting on the internet for money,” which felt accusatory but at least partially understanding. But later, she said that she didn’t like the way I spoke with him and she didn’t want me to see him anymore.

And then there’s my most frequent regular, who did become emotionally needy and made attempts at boundary pushing—but the situation was manageable and still worthwhile from my point of view. She genuinely felt he was dangerous and even though I wasn’t sure if I agreed or not, I did take her concerns seriously and I did stop seeing him.

Since I’d been working for so long, I’d almost built up enough regs to not need to screen for new clients—something I’d been working towards and hoping for, for quite some time! But now, it looks like my regs—newer and older—are where the issues lurk. I won’t stop being a worker for the sake of my relationship, but at the same time, I do want to respect her boundaries so that we can both feel safer and happier about it.

She considers me to be financially well off, and as such she thinks I’m secure enough to be able to cherry pick only the best or easiest bookings. I’m not doing survival SW, but I do flex my work practices around how much money I need at any given point. She struggles to comprehend why I see certain clients/permit certain activities when I “don’t have to”, and the only reason she can find is that I’m apparently greedy and money-obsessed. In reality, her comfort zone around SW is different to mine and on top of that, I’m far more of a workaholic. But when she is critical/questioning of certain things that I do with clients, it makes me feel like she’s being judgmental and whorephobic.

Ultimately I’m wondering if the issue is with her lack of trust in me, or if it’s to do with me being unreasonable in the way I work, or if it’s her being controlling and critical in ways that are unfair or even emotionally abusive. I do respect her right to tell me how she feels about my work, and I do want to accommodate her as much as possible, but when she gives me ultimatums then I worry that it’s gone too far.

Josephine: I have to say, I’m very impressed with the way you’ve laid out your concerns and your partner’s concerns in a thoughtful, empathetic matter. I’m also impressed that you took the time to hear out your partner’s issues with your work, were kind and patient enough to take them seriously, and allowed some reasonable boundaries. On top of that, you’ve indicated that you’re financially stable and sound like you have your shit together. You sound like a lovely person to be in a relationship with!

Ask yourself: Are the boundaries set for you realistic? For example, an old boyfriend of mine had one hard boundary for me: any lingerie he bought for me he never wanted me to wear at work. I thought that was silly, but it was important to him and a small sacrifice on my part. It was a manageable limit so I respected it. What are hers? Apparently, flirting on the internet is a no-go for her, which she struggled to communicate with you clearly the first time around. Either way, that makes your job next to impossible. Maybe she’ll allow you to schedule clients via smoke signal?

In another situation, she intuited that you were doing something that she didn’t approve of, spied on you, and then confronted your client. It’s lucky that you’re an established veteran because that event could have been a career-ending for a newb.

Finally, you said she’s been using ultimatums—that’s a giant red flag. Rarely, an ultimatum is reasonable (“Honey, if you don’t stop boinking your secretary I’m going to leave you.”).  But in this scenario, her ultimatums are that she dictates exactly how and when you do your work. You need to drop one on her: If she can’t accept you’re going to do sex work exactly as you see fit, she needs to leave.

Caty: I’ve got to agree with Josephine. I think one issue here is that you’re looking at this based on the model many non-monogamous partners use to negotiate and compromise about sex outside the relationship (yes, we at Tits and Sass have read The Ethical Slut). But this isn’t some recreational hanky-panky you and your partner are navigating. What she’s actually doing is directly threatening your livelihood.

In any other context besides sex work, what would you think about someone compromising their partner’s ability to earn a living, including making business decisions for them which cause them to lose valued clients? You’d find that absolutely inappropriate, maybe even abusive—in fact, many domestic abuse experts classify this form of control as financial abuse. Don’t let the fact that that your job happens to be in the sex industry allow you to gloss over the fact that what your partner is doing is unacceptable.

The ability to work by only seeing longtime regulars is a cherished goal for most escorts. It’s the safest and most secure way to operate. You spent years building your business up to that point, only to have your loved one sabotage what sounds like a good portion of your valuable business relationships. Your partner’s tantrums about perfectly standard interactions with regulars are not only financially hurting you, they’re actually endangering you by making you let go of trusted regs who are known quantities, eventually forcing you to see new clients who may be threats.

Once upon a time, I too had a girlfriend who was jealous of my clients. “I wish you’d talk to me the way you talk to  them,” she whined. “Oh, so you want me to be totally disingenuous to you for an hour?” I thought. She and your partner have something in common. They can’t see past their jealousy to understand something fundamental: sex work is work.

If your partner doesn’t get that after a year of being together, she obviously doesn’t care enough to see things from your point of view. The fact that she even stooped to accuse you of being greedy and money obsessed simply for desiring financial stability? That further demonstrates that she doesn’t show you a fraction of the consideration you’ve obviously given her.

By the time you write to an advice column about your significant other, you know that something is deeply wrong. I believe you wrote to us specifically because you knew we wouldn’t let the fact that you’re a sex worker cloud our judgement about your partner’s outrageous behavior. Don’t let the stigma around our work make you distrust your instincts, either—you know deep down that no one deserves to be treated like this.