I met the fella from Denver at the Desiree Alliance Conference while sitting by the pool. I was reading a comic I’d gotten from someone and he wanted to know what it was about. Instead of talking to him about it like any other person, I just held it out and showed it to him because I am painfully awkward. I’m working on it. Thankfully I got another chance to talk to him when we were sitting by the pool a few days later and I told him I was going to take him upstairs and marry him in the hotel chapel. Also, this conference was in Vegas.

He’s a good guy, but most importantly he’s one of the few male sex workers I know so I figured he’d be a good interview. I was right. 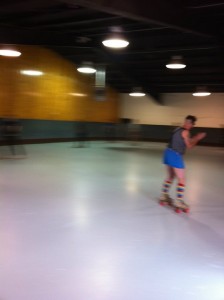 Why do you do this work? When did you start?
I started about two and a half years ago. Wow! How time flies! The money is so much better than I get doing anything else. Also, I believe in providing erotic/intimate touch as a mental slash emotional health service. 🙂

Why?
Why do I love that question?

Yeah.
Because it is recklessly open ended. And that open-endedness suggested how complex and varied a hooker’s life can be. Being a sex worker seems like such a huge commitment of identity, but it’s just one of many identities that tends to take up lots of emotional and intellectual space.

Are you out?
I’m coming out! It’s a bear! Huge upheavals in my life in the last 5 months with coming out to my family.

That can’t be all!
And blowing people’s minds. Sex with people who are open to being touched.

Good. And… If you could go back to the day before you started working, with the knowledge you have now, would you do it again?
Yep, I’m a proud whore.

Matthew’s comics can be found here.