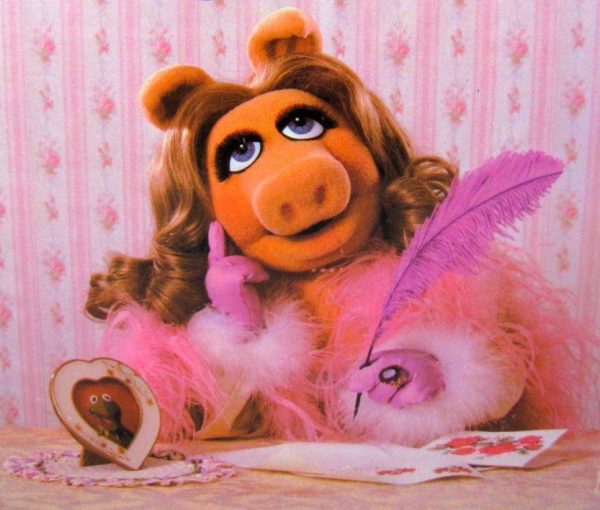 No One In The Porn Industry Likes A Broken Vagina by Andre Shakti
2017 was a year suffused with the healthcare issue, so this Andre Shakti piece was never more needed. There’s plenty of discussion about the emotional labor of sex work, but very little talk about the physical labor: what is it like being a sexual athlete? What does it do to your body? What is it like to work in an industry which attracts those with invisible disabilities, composed of independent contractors who have trouble accessing affordable and stigma-free health care? Shakti explores these problems and offers some sound policy solutions, referencing her own struggle with chronic yeast infections which nearly tanked her career.

Top Six Reasons Melania Trump Should Get Involved in Anti-Trafficking Campaigning by Vanessa D’Alessio
Who better to spearhead a campaign based on propaganda and untruths than the First Lady herself? (Who was definitely never an escort, no ma’am.)

Once You Have Made Pornography by Lorelei Lee
Lorelei Lee with a searing, and all-too-relatable prose ballad on all the brutal and tragic ways civilians deny our humanity, how we learn to defend ourselves through our years in the industry, and how, ultimately, it is the love of other sex workers that makes it all worthwhile: “They will call the person who used your image for their own narrative fearless. They will make claims of shining a light. They will say they’ve explored a subculture. That they’re lifting the veil. People who have viewed these few seconds of tape or this single still image will say they’ve seen your humanity. Lucky you, you’ve been humanized. Prior to this, your humanity was unviewable.”

We don’t do sex work because we are poor, we do sex work to end our poverty by Empower Foundation
The sex workers of Empower with yet another eloquent manifesto, detailing the facts on the ground behind being the breadwinners in their families, whose income builds Thailand up, but having to navigate a criminalized landscape despite all that.

Sex Work Is Inherently Traumatic by Kit Snicket
“…but not the way you think it is, and if you’re a civvie it’s probably partially your fault.” Snicket’s essay is a marvelous companion piece to Lee’s, exploring the micro to Lee’s macro in its dissection of sex workers’ personal relationships with non-sex workers . And just like Lee’s piece, it is sharply and lyrically observed, and all-too-identifiable: “Every so often I’ll make friends with someone, usually another woman, but not always. Everything will seem great until I start meeting her friends and this civvie broad introduces me as ‘this is Kit, she’s an escort,’ uttered in a stage whisper as if I’m an alien from another planet, there to be exhibited.”

Call #FreeBambi What You Like, It’s Racism by Peechington Marie
A Black ex-sex worker on the exhaustion of existing in a racist movement and how heartened she was when it finally started to shift towards something better, only to be disappointed tenfold.

How I Became A Husband, Father, And Sex Worker by Da Xiong
This gem comes from Sixth Tone, an excellent media site featuring “fresh voices from modern China.” This reflective, plain-spoken oral history of a closeted gay man’s 12 years sex working in Shenyang, supporting his wife and family with it in the latter half of his career, is complusively readable. (For those who want more from Sixth Tone, we recommend this poignant account—“Love In The Lowlands As A Mongolian Lesbian Tomboy.”)

For Black Sex Workers, The Deck Is Already Stacked Against Us by Domina Cascarilla
Cascarilla paints a shrewdly observed picture of how white clients use her to compare themselves to the Other, forcing her to disassociate her light-skinned self from other Black people in order to improve her standing with them, and how she uses them right back to help her family survive.

Surviving As Working Class After Backpage by Kelly Michaels
On the obstacles a sex worker faces transitioning into a straight job.

As a female sex worker, I’d like to propose my own Google-style gender equality manifesto by Holly Lang
Hey, remember in August when we all got a good laugh reading that load of typical sexist nerd boy tropes about gender as biologically determined destiny in that Google employee’s manifesto? This parody in The Independent by Holly Lang on how science tells us men just aren’t good enough at sex to be capable sex workers is still funny: “Men…are more interested in things like data and logic and numbers than they are in people, making sex with a man the equivalent of blundering against a robot with a hard-on.”

Why The #NYCStripperStrike Is So Relevant And So Long Overdue by MF Akynos
We loved this straight talking, hilarious, and wide-ranging piece by Akynos, originally posted on her blog blackheaux, so much that we near-begged her to repost it on Tits and Sass. Akynos looks back on a long career as a darker skinned Black dancer and escort and the colorism and racism she has had to face because of it, with entertaining side-bars on how industry racism even shows up on TV in Secret Diary of A Callgirl.

If You Want to Understand The Violence White Men are Capable Of, Ask Any Sex Worker by Juniper Fitzgerald
Fitzgerald’s writing acutely illustrates male entitlement as a bellwether of male violence. Her sharp coda: “…we should all be extremely distraught by the fact that our entire country would have much more information about the Las Vegas shooter if sex workers could come forward without fear of immediate arrest. The social and legal control of sex workers’ bodies, the fact that even post-national tragedy the people with the most information cannot come forward for fear of arrest, demonstrates the pervasiveness of violence against sex workers and the toxic, masculine control of our bodies. And once we stop blaming the sex industry for that violence and start blaming the entitlement that leads white men down a path of violence, perhaps the United States will cease to be the world’s leader in mass shootings.”

I Sold Sex To Pay For My Unpaid Internship. Poor Kids Are Still Battling The Class Gap by Paris Lees
Perhaps the most remarkable thing about this essay is that no editor hassled Lees to go into salacious detail about being a trans sex worker, so instead we’re left with this thoughtful examination of why she had to do sex work in order to establish a foothold in journalism, Britain’s class system, and the possibility of basic income.

what’s in a name? by suprihmbé/THOTSCHOLAR
A thoughtful and patient primer on the racialized terms we use in sex worker discourse. “White women’s flippant use of these words has always made me feel some type of way, mainly because these words have been used to describe Black women/femmes since we were little ‘fast’ girls. To see white women and white sex workers using all of these terms colloquially bothers me. While heauxdom is something a majority of them (and by them I mean able-bodied, cis white women) can dress to escape, Black women and femmes, whether cis or trans, civilian or sex worker, cannot escape these labels so easily. And white sex workers, in particular, grind my gears when it comes to discussing race, because many of them are so invested in feeling extra marginalized, and when Black and brown sex workers point out inequalities, we are either dismissed, talked over, or called ‘divisive.’ They don’t like to think of themselves as oppressors (white) within an oppressed minority (sex workers).”

Sex Workers Are Not A Life Hack For ‘Helping’ Sexual Predators by Alana Massey
Ah, the incredible vindication that followed the post-Weinstein era, watching the careers of one prominent sexual predator after another laid to waste. Too bad that glorious feeling was tainted by listening to civilians opine that famous abuser X or Y should’ve just seen a hooker. Thank god Alana Massey is here to explain lucidly and succinctly why this notion is bullshit: “The idea that Louis CK or any other man who has been accused of predatory behavior would spontaneously develop a healthy respect for boundaries in the context of hiring a sex worker is magical thinking in a world where sex workers remain dangerously stigmatized and frequent targets for violence.”

Stigma Against Sex Workers Must End by Tansy Breshears
Breshears tackles whorephobia in the Black community in the Root with confrontational honesty: “The thing is, the judgment is so much worse when it comes from your own people…”