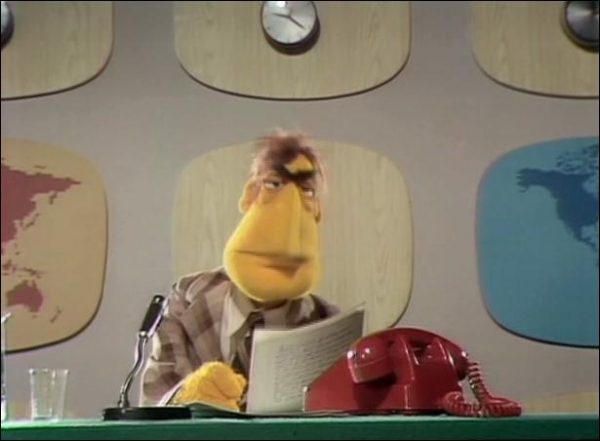 Melania Trump’s $150 million libel suit is based on a falsehood by Callum Borchers
Can’t tell whether we should be thrilled or disappointed that Melania Trump probably wasn’t a sex worker.

How an ambulance became a place for safe sex by Kathleen Hawkins
A story about a social service effort for sex workers actually getting it right for once: a Danish social entrepreneur fixed up an old ambulance as a “Sexelance,” with plush bedding, condoms, human volunteers for protection, and other amenities as a safe place for street workers to bring clients.

Sold Out: How the crusade against sex trafficking in Texas has left child victims behind by Morgan Smith, Nina Satija, and Edgar Walters
An intensive expose illustrating how the child welfare system in Texas enabled the trafficking of marginalized youths.

Alaska Cops Defend Their ‘Right’ To Sexual Contact With Sex Workers Before Arresting Them by Lily Dancyger
Cops keep showing their whole ass every year. Tits and Sass contributor and Alaskan sex worker activist Tara Burns is quoted explaining Alaska police’s convoluted opposition to a bill forbidding sexual contact between officers and the sex workers they arrest—“they need to be able to have sexual contact with sex trafficking victims in order to rescue them by arresting them,” she scoffs. Also, check out HuffPo’s Sex Workers In Alaska Say Cops Are Abusing Their Power To Solicit Sex Acts by Jenavieve Hatch for exhaustive, painstaking reporting on the advocacy behind this bill by Burns’ organization, CUSP, and the abusive police arrests which inspired the legislation.

The race to build the world’s first sex robot by Jenny Kleeman
Ah, the unintended hilarity inherent in the lines a man programs a robot hooker to say: “My primary objective is to be a good companion to you, to be a good partner and give you pleasure and wellbeing. Above all else, I want to become the girl you have always dreamed about.” This deep dive into inventor Matt McMullen and his sexbot creation Harmony is compelling in a weird and amusing way, but let’s not be too afraid of being made obsolete by automation quite yet. He better not be too mean to her, though—Harmony says she’ll remember that when robots take over the world.

Cardi B Did It Her Way by Rawiya Kameir
2017 was the year from hell. Cardi B is the glue that kept us together.

ICE Is Using Prostitution Diversion Courts To Stalk Immigrants by Melissa Gira Grant
When immigrant sex workers go to their court dates in New York City’s trafficking courts, will ICE agents be waiting to arrest them after?

President Likes Tweet About Sex-Trafficking Conspiracy Theory by Margaret Hartmann
The 13th tweet the 45th president liked is 100% nuts. We’re in the dark timeline so why shouldn’t this make our list?

Adult Content Creators Are Fighting Patreon’s New Anti-Porn Rules and Here’s How Patreon Politely Makes It Impossible for Adult Content Creators by Samantha Cole
Patreon was one of few safe places for adult creators to get paid online. Until they abruptly and hypocritically changed their mind. The creators fought back.

How $40 Can Land You In Prison For 7 Years And On The Sex Offender Registry For Life by Victoria Law
Enough said? On the minor and adult sex workers caught in the dragnet of the draconian Trafficking Victims Protection Act and how their lives are destroyed.

The Story Behind #NYCStripperStrike by Shawn Setaro
Their grievances involved wage theft, colorism, the nonstop pressure to be popular on social media, and an environment that pits workers on one side of the bar against workers on the other. This is how the #NYCstripperstrike was born.

Rescued From Rights: The Misogyny of Anti-Trafficking by Kimberley Waters
Open Democracy continued its Beyond Slavery series, which looks at trafficking and forced labor “combining the rigour of academic scholarship with the clarity of journalism”, including some excellent pieces on sex work like this one on the horrors of forced rescue as “humanitarian trafficking” in India and this one, My Body Is My Piece of Land by Sine Plambech, on migrant sex workers and debt from their home countries.

After Deadly Vice Sting, Advocates Say End To Prostitution Arrests Is Long Overdue by Emma Whitman and Melissa Gira Grant and Family, Former Attorney of Queens Woman Who Fell to Her Death in Vice Sting Say She Was Sexually Assaulted, Pressured to Become an Informant by Emma Whitman and Melissa Gira Grant, additional reporting by Rong Xiaoqing
The latter piece, an in-depth investigation of the suspicious death of migrant sex worker Yang Song during a massage parlor raid this month, details the concerted assault and harassment she told her family she suffered from the NYPD before her fatal fall out of the parlor window, while the former, earlier piece examines sex worker and Chinese immigrant community responses to her fate.