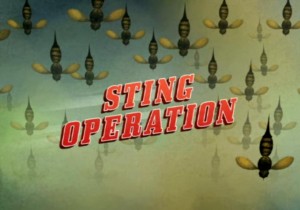 I woke up one morning last week to this story: During a sting operation in West Oakland, a 25-year-old woman was arrested when she agreed to have sex with an undercover officer in exchange for money. After being arrested, she told the police that her two twins (some reports state their age as one year, others as one month) were sleeping in her locked car nearby where she had left them to work. The children were then turned over to Alameda County child protective services, and the woman was charged with willful cruelty to a child in addition to solicitation.

Her quote, one that’s been circulating in every re-posting of the story, was “What else am I supposed to do?” The police claim she told them that she needed the money to return home to Stockton.

The San Jose Mercury News quoted Oakland police Sgt. Roland Holmgren, who was in charge of the operation: “I’ve never seen anything like this before. Even for the toughest cop, this would touch a place in (their) heart.” They said that they initially found her loitering near her car, a “ratty and dirty Oldsmobile”—as if not having been to the car wash lately further endangered her children, or was a physical manifestation of the general filth of her character.

It’s a horrific situation all around. Here is someone who one can presume had few options, doing what she felt she had to in order to take care of her family and get home. Leaving your kids sleeping in a car in West Oakland (even if the car had been clean) isn’t something any parent would do unless their situation was quite dire, no matter what kind of work they’re off doing. It may have been the first trick she turned or the 800th, but now this individual will always be a “hooker-mom” (according to the file name of her photo printed by the San Jose Mercury) and child abuser.

If it turns out that she was entrapped in the sting (which will probably never “turn out” in the media even if it’s true), then will the Oakland police share any responsibility for the neglect of her kids? Is there any way to know if the officer who arrested her knew the children were in the car to begin with? As long as she’s a whore (or an alleged one), the media and public will assume she’s of the weakest moral character, and that child abuse is reasonably within the scope of behavior of someone who will consent to fucking for money when they’re desperate to get home. If she had just explained the situation to the cop upfront and asked for 10 bucks for gas money, I wonder if he would have given it to her, just as a good samaritan with the kids’ wellbeing in mind. Probably not. A successful prostitution sting will result in as many arrests as possible.

This woman is the whore-hating media’s wet dream: a desperate, irresponsible, single African-American mother from a small poor city with a bad reputation. She reportedly has three other children, all under 5 years old. Police reported that she “showed no remorse,” as I’m sure they didn’t either when they arrested six other sex workers that day during their sting in one of the poorest and roughest neighborhoods in the East Bay. The operation purported to target “prostitution and human trafficking;” however, no arrests of trafficked individuals or pimps were reported—just working women.