With contributions by Cathryn Berarovich.

In this election, there is no viable option for those of us looking to build a better world. People have exclaimed, “What about Bernie?! What about Jill Stein?” And maybe a little while ago, before looking into their respective platforms, I would have said, “Okay, yeah, sure—but organize.” But fortunately, since then I’ve been schooled by other pros on the position the US Green Party takes on our labor, and I’ve withdrawn my initial, albeit less-than-enthusiastic support.

The Green Party is traditionally seen as the go-to camp for independent voters with progressive ideals. Ultimately, however, it falls in line with the existing two party system of pro-carceral, punitive, reductionist policies on sex work. It is not a radical alternative; it is not a progressive bastion of thoughtful consideration for marginalized communities. If you cannot stand with folks in criminalized work, demand they be able to organize openly, and advocate for their full decriminalization, then you are on the wrong side of history.

When your platform position on sex work falls under the heading of ‘Violence and Oppression,’ you are no different from the dominant two capitalist parties.

“We urge that the term ‘sex work’ not be used in relation to prostitution,” the GP USA platform proclaims. Yet, this is the term we as workers demand to be called. We are laborers in the trade of sex.

“With the increasing conflation of trafficking (the violent and illegal trafficking in women and girls for forced sex) with prostitution,” the GP platform continues, “it is impossible to know which is which, and what violence the term ‘sex work’ is masking.”

It absolutely is possible to know which is which, but that might require talking to actual sex workers, something the GP USA seems uninterested in doing. The Green Party stance on sex work demonstrates that sex workers are excluded from party policy dialogue. It also takes agency away from both consenting voluntary workers and trafficking survivors. It implies we cannot speak for ourselves, and we can. The platform ignores the damage the conflation of voluntary sex work with the term ‘human trafficking’ does to both consenting workers and trafficking survivors. Arrest, jail time, prison sentences, open records in Human Trafficking court—this is violence, and yet it’s what the GP USA calls safety.

The GP USA should know that even if the police manage to find actual victims of trafficking, rather than consenting adults engaged in sex work, in the course of their sting operations, their so-called rescue methods are carcerally violent. Trafficking survivors are thrown in cages just like voluntary workers, exacerbating their trauma, rather than being given the mental health care and exit resources they need. The purported threat of trafficking is used as a justification for the arrest and imprisonment of both trafficking survivors and consenting workers.

Perhaps the most damning statement in the platform document is the one that follows: “No source in existence knows which forms of prostitution comprise forced sex and which comprise free will or choice prostitution.”

No source in existence?! How about this blog? Or SWOP-USA, Red Umbrella Project, Paulo Longo Research Initiative, or Support Ho(s)e, to name a few? There are numerous sex worker led initiatives, organizations, and publications which can be easily found and sourced. All the time, more and more workers are coming out and actively organizing for decriminalization, or campaigning around others who have been targeted by state violence. Google that shit. 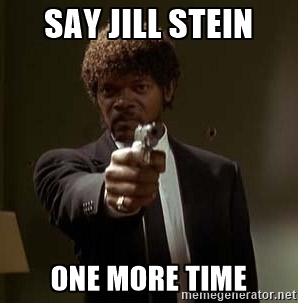 At this point, the platform descends into wild conjecture:

“An increasing number of experts think the percentage of choice prostitution is very small, leaving the larger number of women exposed to serious and often fatal violence. Much of what is commonly called prostitution is actually sex trafficking by definition.”

Who are these “experts,” what studies cite these “percentages,” and why is it acceptable to make these kinds of sweeping generalizations about this profession in particular? Oh, right, whorephobia.

The Green Party USA platform then goes on to pronounce the party’s support of the Swedish model of criminalizing sex workers’ clients as a blueprint for how the U.S. could crack down on prostitution. This is willfully ignorant of the needs and demands of sex workers in the decriminalization movement.

Up until recently, I helped collect signatures to get the Green Party on the ballot in Illinois. I even voted for the Green Party’s presidential candidate, Jill Stein, in the previous election. I couldn’t conceive of the party being this backward on sex work, so I didn’t do my due diligence. I bought into the publicized green jobs campaign, the living wage for current low-wage workers, the party’s claimed commitment to the working class. But the party cannot claim allegiance to the working class if it sees folks in criminalized vocations as unworthy of rights.

Then there’s Stein’s vaccine stance, which for a physician is bizarre in its seeming concession to anti-vaxxers. The anti-vaccine movement cites parents’ rights to do whatever they see fit for their children’s bodies, yet Stein’s party can’t afford the same consideration for consenting adults in sex work. Her position evokes the right of choice regarding vaccinations, and mentions “real questions” people have about vaccines, yet her party plays into the paternalistic idea of the liberal white burden to protect women from themselves when it comes to sex work.

Some Green Party supporters argue that Jill Stein might not personally believe in the Green Party’s position on sex work. Stein has not made any public statements on the subject of sex workers’ rights. The Green Party is decentralized, and Stein herself does not belong to the Green Party USA, but rather to the Green Party-Rainbow Party Massachusetts. However, by accepting the Green Party USA’s presidential nomination and failing to amend or challenge the current platform, she is lending implicit support to the Swedish model and the continued oppression of workers.

If you target someone’s labor, you are in fact targeting them—their livelihood, their ability to provide for their families, to access dignity and decrease exploitation. It is an absurd statement to make, as the Green Party platform does in reference to the Swedish model, that “that law criminalizes the purchase of services from prostitutes, pimps and brothel keepers instead of criminalizing the prostitutes.” If you criminalize someone’s vocation, you are criminalizing them. 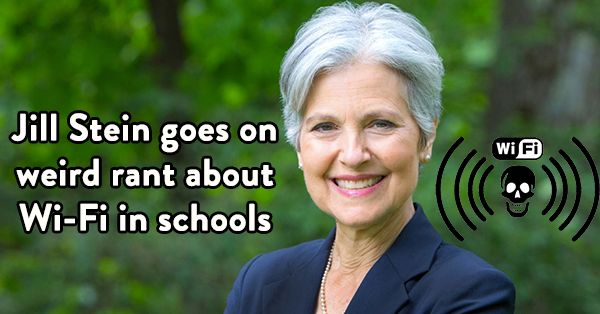 Amnesty International puts it nicely: “We have chosen to advocate for the decriminalization of all aspects of consensual adult sex—sex work that does not involve coercion, exploitation or abuse. This is based on evidence and the real-life experience of sex workers themselves that criminalization makes them less safe.” The GP USA should listen to Amnesty, if not to sex workers.

The platform also cites isolation and debt as primary causes (its words) for women and girls being coerced into prostitution—are these not the conditions we are all compelled to labor under because of capitalism? We’re not claiming that sex work transcends these conditions. What we as a movement are saying is that our work is labor, and as such worthy of protections, rights, livable conditions, and decriminalization. Conditions do not improve with increased state sponsored and religion-based “rescue” enacted by people who couldn’t be further from the communities they seek to save, decreed by the laws of a racist, anti-poor system, enforced by judges with their own agendas, carried out by armed troops of police. Conditions improve when we listen to these communities and heed their concerns, needs, and demands.

The platform maintains: “The Green Party urges a more thorough dialogue and understanding of violence against women and girls, including from prostitution and trafficking, that causes health and injury damage that seriously degrades their lives, even to death or premature death including from HIV, syphilis and many other diseases, as well as causing severe economic hardships.”

This is a thorough dialogue which conveniently leaves out any people involved in the work you seek to make policy against, as well as playing into the stereotype of the “diseased whore” with language suggesting that STIs are caused by sex work, not by viruses or the absence of a medical industry that provides care and harm reduction.

Calling for increased top-down legislation, more police, and harsher sentences for sex workers and their communities puts you on the same side as those advocating for the continued expansion of the prison industrial complex, mass incarceration, and the targeting of marginalized communities for carceral punishment.

The Green Party’s platform document as it stands is an attack on sex workers. The GP position completely excludes gender nonconforming workers and masculine identifying providers by only referring to sex work in the context of “women and girls” in the document. In fact, the GP USA platform places its position on sex work within its broader statement on women’s rights and the oppression suffered by that class of people. It favors gross generalizations, the effect of which strips the identity of the worker. It conflates all sex work with its narrow definition of trafficked prostitution. It puts the blame on migrant sex workers and houseless populations that are engaged in sex work by calling their very survival violence, rather than affixing that label to the capitalist system that affords them few realistic options beyond selling sex.

We need politicians to stop fear mongering and pandering to the whorephobic status quo. We need them to advocate for an end to carceral punitive “solutions” that disproportionately target people of color, trans people, and those working in criminalized trades. We require the abolition of police and prisons, as well as an end to the political parties that promote these systems—not the abolition of sex work.

Our rights are not a niche issue; they are a human rights and labor issue.  The Green Party USA needs to contend with its faux progressivism and the harm it does if it wants to truly be a viable electoral option for marginalized communities. As it stands, it is no different than the Republican and Democratic parties. It is committed to neoliberal policing and mass incarceration in the name of protecting women. It contributes to defusing movement based organizing by posing a so-called alternative electoral option. In an election set up against us, it offers us only the illusion of choice.