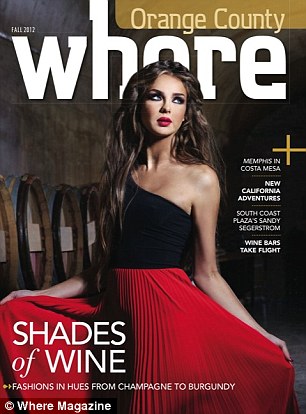 The art director for Orange County Where magazine (as opposed to Orange County Whore magazine) could have done a little bit better with photo placement on the cover of the latest issue. Oops! They tweeted that they’d be printing a replacement issue.

The New York State Department of Taxation and Finance is fighting to impose an 8 percent sales tax on strip club Nite Moves. The club counters that they’re entitled to a statewide tax exemption for “dramatic or musical art performances,” launching a discussion of whether or not stripping can be considered an artistic performance. If the Department of Taxation is successful, Nite Moves will owe an estimated $400,000 in back taxes.

If you booked a hotel room in Charlotte for the Democratic National Convention this week, you’ll want to be careful that you didn’t accidentally choose a spot infested with bedbugs or prostitutes, warns the Huffington Post.

Stripping is not about chandeliers and body glitter, it’s not empowering, strippers have no other choices, and even if you are a smart and successful stripper, you’ll probably be murdered, summarizes this strip club tourist report/cautionary lecture.

The city of Anchorage will pay a $5.5 million settlement to 11 victims of rape and sexual assault by former police officer Anthony Rollins, who was also known for extorting sexual favors from prostitutes. Rollins is now serving 87 years in prison.

Baltimore’s City Paper spoke with four trans former prostitutes about their experiences of working in the city.

UK brothel owner Becky Adams stirred up some controversy when she said on a popular British talk show that she would be supportive if her 16-year-old daughter chose to become a prostitute some day.

A South Carolina stripper who was shot during her shift was denied Worker’s Compensation, due to her independent contractor status.

A stripper in Dallas is leading a class-action suit against her club for misclassifying their dancers as contractors rather than employees.