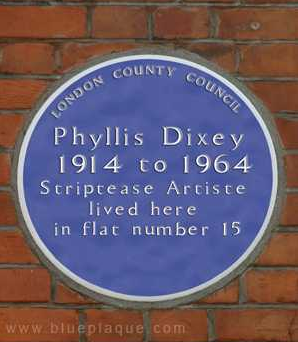 Kgomotso Matsunyane discusses why sex work should be legal in her home country of South Africa: “Our police can be better served focusing their energies of legitimate, violent and corporate crimes that plague our country.”

Decriminalization in Taiwan hits stumbling blocks. Cities have failed to create designated districts where prostitution would be legal.

Photographer Tiana Markova-Gold and writer Sarah Dohrmann documented sex workers in Morocco with their project If You Smoke Cigarettes in Public, You Are a Prostitute: Women and Prostitution in Morocco.

Former notorious Colacurcio strip club Rick’s was bought by the Deja Vu chain and is reopening in Seattle.

The Missouri State Supreme Court upheld strict anti-strip club legislation that requires dancers to cover their breasts and mandates that clubs can no longer serve alcohol and must close at midnight.

A yoga instructor lists the ways being a stripper made her a better teacher.

Sasha Grey appears on The View.

A UK study finds that immigration status, rather than being trafficking victims, is a problem for migrant sex workers.

Jill Brenneman on the problems with anti-Backpage protests. Here’s an annoying article about a protest against Backpage where Alicia Keys was present.

A new bill in New York State would prevent possession of condoms from being used as evidence for prostitution charges.

Fleshbot is for sale.

In Australia, a sex worker appeals a court ruling that dismissed her charges of discrimination against a motel that wouldn’t rent her a room.