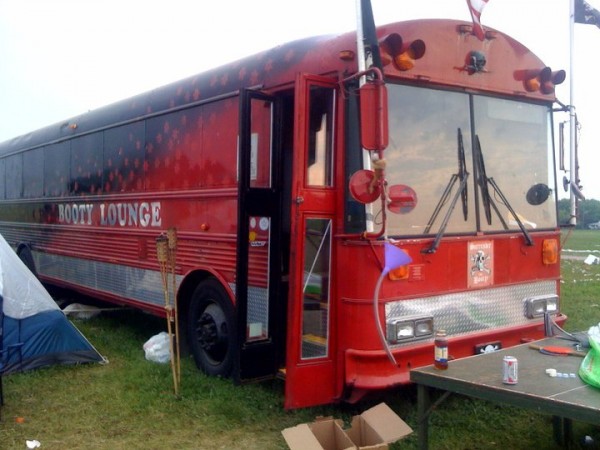 Detroit’s entrepreneurial spirit was alive and well in the Booty Lounge, a mobile strip club. The Lounge, despite tailgating Lions games since 2005, recently became a target for the Motor City’s anti-stripper brigade when local news station WDIV sent its “Defenders” into the Booty Bus with hidden cameras (jerks!).
The bus was seized last Monday during the Lions game, apparently for being parked in a no parking zone. It remains to be seen if this will be the end of the Booty Lounge. Objections included the suggestion that it would attract the wrong element to Lions games, a laughable concept for anyone who’s ever been to an actual NFL game.

A bus is not the only creative strip club venue in Detroit. Read this great 2010 story about a guy who started a strip club in his rec room.