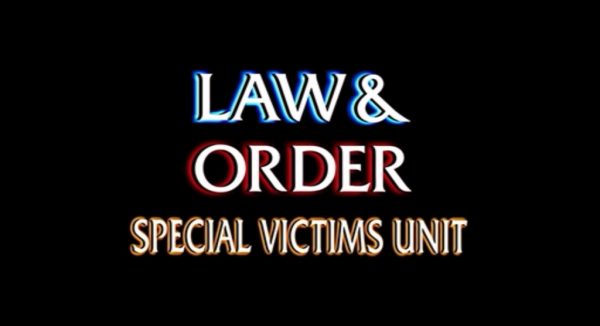 This is an adapted version of a piece that originally appeared on Suzy Favor Hamilton’s website.

A couple of weeks ago, a Twitter follower gave me a heads up about an upcoming episode of Law & Order: SVU that appeared to mirror my story, at least the Vegas part. The preview I watched reinforced what was coming—the episode revolved around a female Olympic pole vaulter who had been sexually assaulted while secretly escorting. Cringe.

My inbox was filled the day after the episode aired with messages asking me about it, and whether I was consulted by the show’s producers, paid royalties, etc. I can tell you, this all came out of the blue to me. No involvement whatsoever. I also can tell you, I could not bring myself to watch the show immediately. Flat out, the whole thing triggered me heavily. I’m not sure the show’s producers, writers, and actors think of that kind of stuff.

My husband, Mark, put it on DVR in case I wanted to see it, which I eventually managed to do. They flash in the intro as they always do, “The following story is fictional and does not depict any actual person, entity or event.” Well, that’s kinda laughable here, because with the exception of the sexual assault and a couple of minor modifications, it’s pretty much me out there. Olympian? Check. Track and field athlete? Check. Married? Check. Mom? Check. Secretly escorting? Check. Bipolar? Check. Check out the episode online if you’re curious.

I confess, the show itself wasn’t bad, aside from the questionable running form of the woman who played my part. They did not demonize my character. They addressed bipolar disorder, and I would argue, are raising some degree of awareness in doing so (it looks like one of the regular characters was introduced as having bipolar as well and I assume it will be an ongoing element of the show). They did not really demonize escorting / prostitution the way TV often does, and they did shoot down the common idea  that you cannot sexually assault an escort because they are somehow “asking for it.” They even touched on the reality that escorts have no incentive to go to the police when problems happen for fear of arrest.

They did, however, give the impression that you take a pill for your mental illness and you magically get well immediately, which is anything but the way it really works, though I know they only have so much time in an episode for a nuanced portrayal of the process. But anyway, the episode’s portrayal was mostly positive, and I’m thankful they went the route that didn’t over-sensationalize and use the customary shots and presentation of stereotypes.

But, it still would be nice to tell my story on my terms, and not have a show hide the  fact that they ripped off a story from the person who really should be the one who tells HER story. I realize Law & Order takes stories from real life and runs with them, but that doesn’t  always make them right in doing so.

It’s strange to me that a show like this, a show I have watched before and actually tend to enjoy, can rip off a story so blatantly. I don’t pretend to know the ins and outs of how all this works, but what I do know is that as I watched, it felt a little icky and sneaky. I could care less about the royalties/not being compensated part, but this felt like someone had broken into my life uninvited. My life, my most vulnerable time, and here it is being told on someone else’s terms, under the guise that it’s not really me. As an individual from a NAMI chapter said on my Twitter feed, “How terrible! Imagine having the most symptomatic point in your life dramatized on television. Keep your head up.” As you have seen, I don’t mind my story getting out there, but you have to remember, it’s my story. I think I deserve to have at least some degree of control in telling it—that wasn’t the case here.

Someone told me very early on after being outed: when you’re ready, tell your story, write a book, because if you don’t, someone else will. That struck a chord and if there was ever support for my reasoning behind  writing a book to tell my story, this is it. With my book, at least I was able to get it all out there mostly on my terms. You do unfortunately lose some degree of control to the publisher and its editors, but it’s about as good as it gets in getting your words out there. With interviews, you try your best to tell your story on your terms. Sometimes it works, sometimes it doesn’t, and you’re largely at the mercy of someone with an agenda, sometimes on level with you, sometimes on a different planet. Usually, you’re having to try to tell your story in seven-10 minutes. Try it—it’s not easy.

And reflecting on it, that’s really how much of this journey has been for me. With most any media, much of how you are portrayed or presented is not necessarily on your terms. Someone else, with their own agenda, presents their version of your story, on their terms. And when it’s as sensational as the Vegas part of my story is, you never do know what you’re going to get. How do they feel  about escorting & sexuality, mental illness, the double standard, etc.? You just never know.