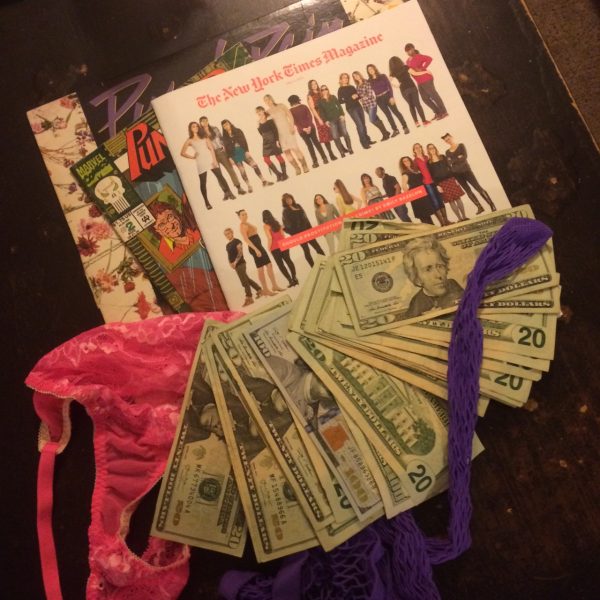 Do you remember what early sex work internet looked like? It was dominated by a particular narrative: white, cis, high-end escorts with client-facing blogs. Women that handily wrote about their various sexual exploits, the mountains of cash they earned, and their subversive sex-pos ethos.

They hammered in how empowered they were, how much fun sex work is.

Mainstream reporting on sex work has frequently been disappointing. The narrative the media clung to answered the question: how did those silly whores affect other people? It looked like salacious stories of our rendezvouses with politicians and powerful elites. It took two (!) reporters and “months of investigating” to break that sex workers use Twitter. It took the form of Nick Kristof live tweeting a brothel raid on foreign soil.

The media tangentially acknowledged that prostitutes exist, but rarely ever listened to them. They hammered in how exploitative, how dangerous “the life” is.

So much writing on sex work has relied upon false binaries. Empowered or exploited! Man haters or cock addicts! The mayor’s mistress or a starving street worker! Filled with regret and shame or liberated and carefree!  Captain America or Iron Man! Coke or Pepsi!

Is it a stretch to say that a cover story (two, actually!) might be indicative of a paradigm shift  in mainstream conversation about prostitution?  Should prostitution be a crime? is a silly debate that’s probably as old as the oldest profession itself.  But still, yesterday’s story in the New York Times Magazine is a small gain but a big deal—an actual cover story, in an actual newspaper, written by a reporter with name recognition, that centers the voice of current and former sex workers.

We have to keep forcing reporters—and ourselves—to reject all of the narratives. Every time we do, the Meghan Murphys and Rachel Morans, the misguided feminists, the policy makers, law enforcement and the paternalistic saviors, will have less rhetorical nonsense to leverage against us.