TITS AND SASS SERVICE JOURNALISM BY AND FOR SEX WORKERS
Home Activism Activist Spotlight: Nine, on Bad Policies and Holding Abolitionists To Account 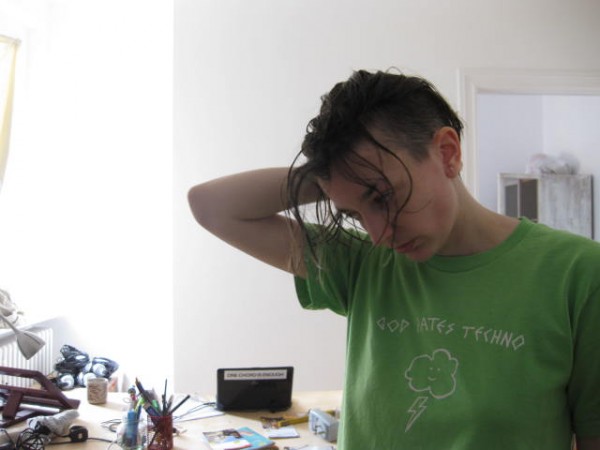 Since being made redundant I set up as a freelance writer and editor, which has been far from lucrative but once in a while is okay. I edit publications by European sex work projects every so often, and I’m glad to stay in the loop that way.

You studied sociology with gender studies at university. How did you come to work supporting sex workers, and how did it differ or relate to the kind of things you’d considered in university classes?

I was always generally interested in marginalised and misrepresented groups, and during my degree I noticed that most of our readings on sex work were written by non-sex workers. (Okay, actually, maybe I need a minute right around now to reflect on my own subsequent contributions to this genre.) So I sought out readings that would better balance this. It was around the time that the anthology Whores And Other Feminists came out, so I started there. It was pretty American, but it still enabled me to learn about the realities of sex work without them being filtered through non-sex workers’ perspectives. I remember speaking up in class when a classmate made an appalling generalisation about sex workers, only to be silenced by the lecturer herself who told me I’d made a good point but “it’s just disgusting.” Rage!

When I volunteered at the International AIDS Conference in Barcelona, it was kind of a wake-up call for me to find a job I was passionate about. I went for the job at the sex work project figuring I had the theory but not the practice. And when I started working there, I don’t think anything really surprised me, because I didn’t really have preconceptions. I didn’t expect everybody to be disempowered and I didn’t expect everybody to be empowered either, I knew it would just depend.

Who are your heroes in the sex trade and sex activism field generally?

In the UK, Brooke Magnanti has done some great work campaigning for sex workers’ rights. In a specifically Scottish context, I’ve gotten to know the pseudonymous Molly Coddle, otherwise known as Glasgow Sex Worker, and I’m looking forward to us putting the world to rights over a bottle of red next time I’m in Scotland. There’s also Scotland-based Irish sex worker Laura Lee, who has been prolific recently in challenging the Sweden-inspired laws currently being considered in Scotland and Ireland. And I know I write for the same site, but I really want to encourage everyone to check out Wendy Lyon’s posts about sex work at Feminist Ire. They ought to be required reading: forensic and scathing examination of the Swedish model and its affiliates.

In my old field, I have a lot of respect for Liv Jessen, who’s been running Pro Sentret in Oslo for a long time, and for the Pro Tukipiste folks in Helsinki and Amnesty For Women in Hamburg. Beyond Europe, there are so many impressive groups so I’m only gonna name a few that I’ve had some degree of contact with: SANGRAM in India, Zi Teng in Hong Kong, the Philippine Sex Workers Collective, the Scarlet Alliance in Australia, and the New Zealand Prostitutes Collective. I saw Darby Hickey from the Best Practices Policy Project on an Al Jazeera programme about trafficking and she was super cool. I like Melissa Gira‘s work and am especially excited about her collaboration with Anne Elizabeth Moore.

What changes did you see in working conditions, social attitudes and local laws around sex work in the time you were supporting street workers?

Sweden had already criminalized the purchase of sexual services by the time I started working in the field, but over the years I saw their approach being promoted more and more aggressively to other countries, together with a rebranding of sex work as violence against women. When I started my job, it had been less than a year since the street-based sex workers had lost their tolerance zone in Leith, and things were clearly going downhill as a result. By the time the curb-crawling legislation was introduced in late 2007, the streets were a very miserable and unsafe place to be. Public attitudes towards the indoor sector tended to be considerably more laissez-faire, but the narrative that conflates sex work with violence, and conflates migrant sex workers with victims of trafficking, has had some effect on mainstream audiences’ perceptions, while sex workers’ voices and realities remain sidelined.

One of the most frustrating things about being a closeted sex worker is being afraid to speak up in debates about my own working life and industry for fear of being outed.  You explicitly recognise in your zine Sex Industry Apologist 2, that as a non sex worker, you’re able to talk about it openly without this fear.   How would you say this affects how people react to you as an activist and writer rather than to a sex worker?   Do you get a lot of hostility from people who claim that you can’t speak for sex workers – either abolitionists or sex workers?

Actually my lack of sex work experience has not seemed to be an issue so far. I don’t claim to speak for sex workers, and they deserve to be the focus, not me. So I can contribute to the discussion, but I don’t want to take centre stage. I think that the length of time I spent in the field and the diversity of sectors with which I’m familiar do count for something, and I’ve seen the damaging effects of legislation like the Prostitution (Public Places) (Scotland) Act, and how police blundering in somewhere with a needlessly heavy-handed approach can disrupt sex workers’ readiness to engage with outreach services. So I think highlighting things like this can supplement what sex workers are saying, but should not be a replacement for their own voices.

Do you think the new wave of abolitionists campaigning for all-out criminalisation can ever be argued out of it?

I really want to know how they’re able to reconcile campaigning for legislation that increases sex workers’ risk of violence. I’m especially perplexed by abolitionist agencies that have direct contact with sex workers: how does it feel to support kerb-crawling legislation, then see the women you support showing up with more and more tales of violence and desperation? How does that feel like a victory? How the fuck do you sleep at night? I feel more inclined to focus on this rather than going round in circles about whether sex work is good or bad or freely chosen or disempowering or so on. When I’ve written about the harm that sex workers experience when an ‘end demand’ approach is in place, it’s like there’s suddenly tumbleweed. Abolitionists haven’t engaged on this and they should be fucking held to account.