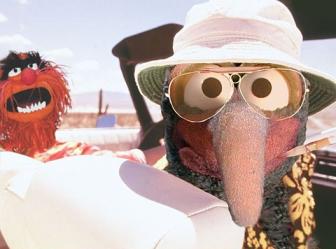 Murder in the Bayou, by Ethan Brown
Eight murdered woman from Jefferson Davis parish in Louisiana had two things in common: a background in drugs and/or sex work. The police blamed a serial killer. But Brown discovered something else the victims had in common: they had all worked as informants for law enforcement of some kind. The rampant police misconduct Brown uncovers in his careful reporting illustrates that the people who should have protected those women are partially responsible for their deaths.

Badge of Dishonor: Top Oakland Police Officials Looked Away as East Bay Cops Sexually Exploited and Trafficked a Teenager, by Darwin BondGraham and Ali Winston
Two reporters expose one of the most extreme examples of law enforcement exploitation when their investigation reveals that an alarming number of police officers slept with the same sex working youth in Oakland, California.

“We Can Help One Another”: Drug Use, Survival Sex, And Hope Among Afghanistan’s Marginalized Women, by Michelle Tolson
Michelle Tolson manages to obtain raw, poignant interviews with a mostly invisible population, illustrating why gender-specific support is even more vital for sex working and/or drug using women in Afghanistan in light of problems like the strictures of short-term marriage contracts, the lack of legitimate income sources for women, and heightened stigma and victim-blaming.

The Truth About the Biggest Sex Trafficking Story of the Year, by Elizabeth Nolan Brown
Innocent men are criminalized while migrant workers are called victims. Spoiler: the police exaggerated—when they weren’t outright lying.

Daniel Holtzclaw: Lawsuit Claims Police “Covered Up” Sexual Assault Complaint, by Molly Redden [Content warning: descriptions of sexual assault]
The Guardian details how the lawsuit filed by Oklahoma cop rapist Holtzclaw’s victim Jamie Ligons maintains that the Oklahoma City Police Department was well aware of Holtzclaw’s assaults. They’d received complaints from many of his Black, low-income, sex-working and/or drug-using victims as early as 8 to 10 months before his suspension from the force. But it was only after Ligons, a woman with no record who had a “familial relationship” with the department, made her complaint that the department finally took decisive action.

The Throwaways: How Detroit is becoming a flashpoint for violence against transwomen, by Allie Gross
A spate of deadly violence in Detroit forces us to examine exactly how hard trans women of color have to work to survive.

The NYPD Arrests Women for Who They Are and Where They Go — Now They’re Fighting Back, by Melissa Gira Grant
New York’s Loitering for the Purpose of Engaging in Prostitution law gives the NYPD clearance to surveil, stereotype, target, and arrest women as possible sex workers—most of whom are low-income, black, and gender nonconforming.

Threadbare, by Anne Elizabeth Moore
A vital condemnation of the global garment industry that illustrates (literally! it’s a comic!) its questionable relationship with anti-trafficking NGOs.

The Disturbing Trend of Vigilante Attacks On Sex Workers, by Frankie Mullin
All of Mullin’s sex work reporting in Vice this year, from her examination of an anti-sex work charity misrepresenting their research on a small sample group of survival workers to portray all sex workers as poorly paid and desperate to her piece on October’s Operation Lanhydrock and the history of raids on migrant massage parlor workers in London’s Soho and Chinatown over the past few years, has been uniformly excellent. But perhaps her best this year was this article on the under-reported phenomenon of vigilante attacks against sex workers cropping up throughout the UK and Ireland. To follow this story, Mullin spoke to outreach centers as well as individual sex workers and gathered the few statistics that were available. She even spoke to a man who started a Facebook thread online in support of a menacing brothel protest in Belfast’s Donegal Pass, in which people posted comments advocating “ethnic cleansing” and “a night of the long knives.” The author ties all this reportage together by considering the utility of extending the Merseyside Model, in which crimes against sex workers are counted as hate crimes, as well as pointing out the connection between the violent rhetoric of criminalization and these vigilantes acts.

Pizzagate Rumors Falsely Link Death Of Sex-Worker Advocate To Nonexistent Clinton Probe, by Glenn Kessler
This Washington Post writer employs the paper’s penchant for rigorous fact-checking in service of sex worker rights advocate Monica Petersen’s memory. Petersen was a brilliant researcher who traveled to Haiti for her work critiquing the trafficking narrative. But after Pizzagate blew up, a fresh spate of fake news painted her suicide death there as retaliatory murder by the Clinton Foundation for an anti-trafficking investigation against them—an investigation Petersen never conducted.

Impunity Has Consequences: The Women Lost To Mexico’s Drug War, by Nina Lakhani
Lakhani’s reporting reveals that many sex workers contracted for political events and private parties with cartel members and government officials have gone missing along with thousands of other women in Mexico. The theory is that these drug war victims were disappeared because they knew too much about the connection between high-level drug dealers and corrupt politicians. These women are vulnerable to both abduction and femicide by the cartels and illegal imprisonment and torture by the security forces.