I was dressed modestly in a knee-length black dress, white Converse, and a denim jacket, and felt as comfortable as any stripper can when behaving as a civilian at a strip club event. Although Portland is home to about 45 strip clubs, its downtown entertainment district only has five, but on this Thursday evening, Club Rouge was already thumping with activity. I proudly displayed my black and pink VIP pass to the door attendant, feeling like vaginal royalty. About three dozen women of various ethnicities and body types strutted and mingled.

The judging panel was comprised of local Portland celebrities and industry folks: Tres Shannon, the delightfully eccentric owner of Voodoo Donuts, heavily bearded Jedediah Aaker, promoter of Tonic Lounge, who sports a leather thong in IFC’s Portlandia, traveling drag performer Miss Sasha Scarlette, an owner of a marijuana dispensary who wished to remain anonymous, and the unnamed owner of the upscale Stars clubs, who looked like a slightly more heterosexual John Waters. I was the only judge with an actual vagina. “I feel a lot of pressure was on your shoulders to maintain order and balance,” host and creator of the Annual Vagina Pageant, DJ Dick Hennessy, later told me.

20 contestants, 19 of whom were strippers, were vying for the title of Miss Pretty Vagina 2013. Scoring was based on three categories: Stage Talent (20%), Attractiveness (20%) and Vagina Beauty (60%). One young lady, appropriately dressed as a cute (yet clichéd) school girl, was introduced as having never stripped a shift in her life. While I admire the bravery of any woman willing to bare all in an industry competition, I was already dreading watching an amateur “dance.”

Club Rouge and Hennessy had attracted a diverse crowd. Twentysomething bros laughed and drank among well-dressed older men, a pack of women whispered into their hands and pointed at the strippers, and the Old Guy Who Sells Roses was weaving his way through the audience, muttering “Rose for the lady?” Dancer Ari from the Boom Boom Room giggled to me, “I just saw my dentist. He asked me, “How’s everything going? I asked him, “Like, in my mouth?” A fish-faced middle-aged man stood behind the judges, his mouth agape, not moving except to lick his lips every few minutes.

The bartender laughed at me when I asked “Do you serve hot tea?” and instead I settled for ice water with a lemon, dunking in my own smuggled tea bags. Once the contest began, the next four hours were a blur of vaginas and stilettos.

END_OF_DOCUMENT_TOKEN_TO_BE_REPLACED

I had already been a hooker for a couple years before I ever saw Pretty Woman  a few months ago. Even before I had seen it though, I’d casually reference it all the time with my friends when we’d make fun of tricks who thought they could be our boyfriends. Yes, I know this happens in real life, and even has happened to a couple of my friends. But it’s never come even close to happening to me, especially not with the kind of guys who’d be into “saving” me.

My boyfriend finally made me watch it one day several months ago, and I was even more grossed out than I had expected.

The film’s one saving grace: Julia Roberts is incredibly, uniquely beautiful. It somewhat mitigates the torture of listening to her slip in and out of an unplaceable generic “tough girl” accent (doesn’t Vivian say once she’s from Georgia? doesn’t sound like it…) and a super lame script. (By the way, drooling over Sasha Grey was the most redeemable part of The Girlfriend Experience, too.)

Some of the things that make me cringe, roll my eyes, or just say “huh?”:

END_OF_DOCUMENT_TOKEN_TO_BE_REPLACED 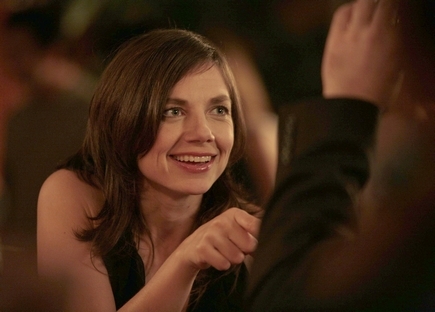 END_OF_DOCUMENT_TOKEN_TO_BE_REPLACED

Danny DeVito, Friends, “The One Where The Stripper Cries”