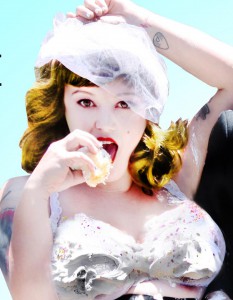 Gay male strip club Swinging Richards is suing North Miami Beach for discrimination—they’ve been told that they can’t get fully nude and serve alcohol, even though local other clubs are allowed to feature naked ladies and booze.

We love Jezebel’s roundup of Cosmo’s worst sex advice ever, though we can name a few they missed—eating a donut off a guy’s cock, for example.

An update on the Lusty Lady’s financial woes and revival plans.

Web cam models for Kink.com are criticizing the site for new payment policies, which have led to lower and less consistent earnings.

A Sydney brothel plans to expand into the largest brothel in Australia.

Lawmakers in Scotland have proposed new legislation that would criminalize the purchase of sex.

Sixty-four percent of Nevada residents believe that brothels should be legal, but only 20 percent believe the same of same-sex marriage.

In honor of Woody Allen’s newest film, To Rome With Love, which will feature Penelope Cruz as a prostitute, here’s a list of Allen’s most memorable  hooker characters. Based on some of Cruz’s comments on her role, we have high hopes for the new film, which opens today.

A judge in Georgia approved a $1.5 million settlement for 80 exotic dancers from Club Onyx who were treated as employees instead of independent contractors. After legal fees, you have to figure that’ll come out to about $5K a head and, ultimately, dancers handing over a much higher percentage of their income to Club Onyx.

Channing Tatum’s former co-strippers are not happy about Magic Mike, saying that he stole their moves and stories. “He only danced for four months. How many events could have happened to him?”

Dancers and club owners in Toronto are hoping to change local laws on dancer/customer contact. And now there is a public poll about it on the City of Toronto website. No, really, there is.