TITS AND SASS SERVICE JOURNALISM BY AND FOR SEX WORKERS
Home The Week in Links The Week In Links: April 27 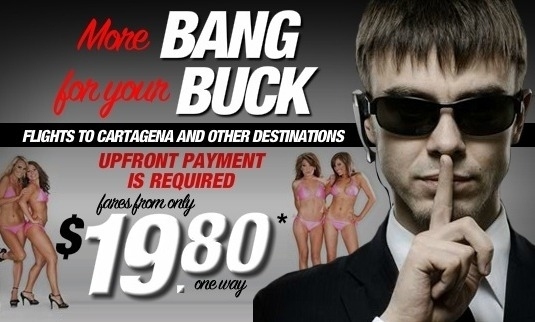 The Secret Service scandal has mainstreamed talk of how decriminalizing prostitution would benefit American sex workers. This article at abc.com by Abby Ellin is a good intro for laypeople and heartening for us.

And the Secret Service continue to be under fire.

“Tinie Tempah has admitted that hip-hop is bad for you—because it gives men unrealistic expectations of what strip clubs are like.”

Two women who served as Vancouver police won’t be called for the public inquiry into Robert Pickton’s case.

An interesting comment thread of sex workers telling their stories.

Salem, Oregon mom sentenced to prison for letting her 17-year-old daughter work as a stripper.

British law site, The Lawyer.com on a stripper’s unfair dismissal claim against a strip club.

VICE’s new web series Skinema debuts this week featuring Kimberly Kane. From director Chris Nieratko: “Skinema will follow adult film stars and directors in their crazy dirty world and see how the other side lives.”

From xoJane: “I’m Not Your Daughter, And Neither Are Sex Workers.” Reminds us of this Tits and Sass post by Charlotte.

“Unable to open his own club, he has made a decent living through failure”: Bob Davis fights the City of Seattle.

Angry Stripper tweets a sneak peek at a photo shoot for a Diary of an Angry Stripper app that will include “stripper workout vids, pole tricks and more.”

Bands and pop singers are signing a petition against Backpage.com. Really, you guys?

Meanwhile, other people are upset about a Groupon tour of the Kink.com Armory.

And finally, welcome to the fictional universe where conventionally attractive petite women are discriminated against and shunned from sororities. Maybe these sexy shorties should try Tiny Tuesday.