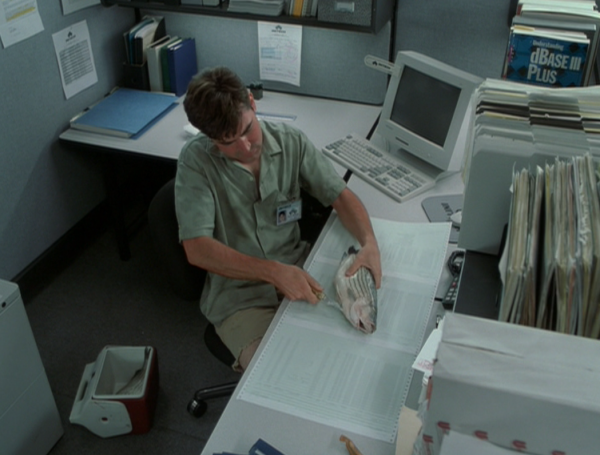 Burnout is a beast with which anyone doing emotional labor is all too familiar. It can be devastating when you pay to work and your income depends on appearing… not burned out. Isn’t it wild how you think everything’s cool and then out of nowhere you find yourself paralyzed by the mere thought of approaching customers because you just know they’ll say something stupid and ruin your night?

Maybe you think about how much money you spend on the costs of being a Responsible Adult and divide it by $20 lapdances and it hurts your heart. Or you hear “Young Turks” and you think about how many times you must have heard that song when it was on the jukebox of your first club in 2003 but now you really understand “life is so brief/time is a thief when you’re undecided,” and the thought of having to shave is reason enough not to try today.

I’m sure you won’t be surprised to find out that I’m describing myself. But you might be surprised to know that I’m still a decent earner. All it takes is just a consistent conscious effort. I’m out here fighting the good fight against burnout. If your shifts are wastes of makeup and sometimes you make a U-turn in the strip club parking lot, I feel your pain. This list is for you.

Put A Bow On It: Sometimes you only need a new Leg Avenue packet from the porn store to restore the bounce in your step. I subscribe to emails from Frederick’s, American Apparel, and Snaz75 because that’s where I get most of my work clothes and I like knowing about their sales. If you’re broke, I’m sure you have some items you can cut up, sew, bedazzle, stud, or glue-gun. Organize your work wardrobe to cycle in forgotten old gems. Plan a naked lady (clothes exchange) party and have it during dayshift if you don’t want to host. Sometimes the outfits that you wouldn’t have picked for yourself can be your biggest money makers.

New Tunes: I hate life less when I’m dancing to songs on stage that I’m really feeling. DJ’s can be lazy, inept, with little to no musical knowledge, so make it as easy as possible on them by bringing in a thumb drive to upload. Maybe hand it over with a $20. If you’re feeling sick of all music ever, check out Naked Music Monday posts for inspiration. You might find the Fuck You songs to be most relevant to your interests.

Pour Some Sugar On You: Sugar is a substance that was not supposed to be as readily and excessively available as it is in today’s world. It’s supposed to be guarded by bees or hidden inside sticks because it’s basically a drug. Stop by the Starbucks drive-though and reward yourself for leaving the house. This will create a conditioned response where you associate going to work with cake pops and caffeine. But seriously, pack delicious food (healthy and/or indulgent) that makes you happy. Not planning ahead and hitting up the vending machine or ordering bar food is setting yourself up to be bummed.

Get Proactive (No, not the acne stuff): How else are you setting yourself up to be bummed? By feeling rushed? Stop over planning things on days that you work so that you have time to get your makeup just so while doing your positive visualizations. Feeling fat and forgetting all your jewelry? Get a spray tan and pack more carefully. Is it impossible to get motivated when you’re cold? Wear cotton thigh highs. Does it bug you that the soles are coming off your Pleasers? Krazy Glue them already. Are you bored with your stage show? Commit to learning pussy popping on a handstand at home. Make a list of what you can control.

Take A Picture, It’ll Last Longer: It’s nice to have a collection of money photos from happier times on your phone. Look at them and know that you’ll make money again. Tonight could be the night that a man who smells like barf will hand you $500.

Change of Scenery: I always try harder when I’m at a new spot. If traveling is not an option but you live somewhere that has other clubs within commuting distance, branch out! If you’re at a hustle club, try a stage club. If you’re at a stage club, try a hustle club. Maybe the dive that you heard was below you is a secret gold mine where you’ll be the belle of the ball. Being a fresh face anywhere is guaranteed money until the club regs discard you like an old bag.

Work for a Hardass With An Anger Management Problem: If there is a club where the booking agent will make you cry and fine you for missing a shift, work there. Life coaches charge double their rates when clients fail to accomplish agreed-upon goals. This is the same idea. Or maybe it’s kind of like having a nonviolent pimp. Either way, fear can be a great motivator.

Less Is More: Large clubs with lenient schedules are another route for maintaining your sanity. Work shorter shifts where you commit to really trying. Pay the charge to come in for the late busy hours, make a couple hundred, and GTFO. Just know that if you can’t handle the responsibility, you’re going to need to go work for the hardass with the mean texts.

Stop Side-Eyeing Your Coworkers: I can’t stress how important it is to have work friends. If you’ve never debriefed at IHOP, you’re missing out. Even a few friendly acquaintances that would at least notice if you disappeared is better than nothing. You don’t have to tell people your business and start lending out your thongs; a couple of gestures like bringing in supermarket cupcakes or some Cosmos you were going to recycle will suffice. If you feel really alienated—like if most of your coworkers just graduated from high school—find some support online. Join Twitter and check out this list (yes, I’m on it). I like to see what the other strippers of Twitter are up to as my version of a smoke break.

Pink Slip Your Regulars: You may not be aware of how much they contribute to your burnout because you’re caught up in thinking that a harmless needy reg in hand is worth two random douchebags in the bush (hmm, maybe I shouldn’t have used that expression). The sense of security that comes with repeat customers is nice, but stop and do some cost-benefit analysis. Are any of your regulars spending less but still expecting the same amount of time? Do any leave you drained enough that you’re taking your work home? It might be time to introduce them to the nearest baby stripper.

Collect Data: Lately, I’m trying a “hands-free” policy where I don’t carry a purse, lock my phone in my locker, and keep my money in a garter. I was inspired by a Megan Fox look-a-like who I swear never made less than a G and just cruised around all night with a growing wad of cash on her thigh, hands available to flip hair, caress arms, and pull adoring fans into VIP. I’m keeping track of numbers and monitoring my progress. You don’t have to do this, but try some new hustles and see where they get you. Check out the motivational sales books at Kinko’s and throw around a few new lines. Pretend you’re “doing research” instead of “going to work.”

The Nothing to Lose Hustle AKA The Office Space Hustle: If you are at the highest level of burnout, get crazy. Buy some unflattering cotton underwear and proudly march around, giant tags waving in the blacklight, telling customers it’s your first night. Dance accordingly. Or, dump some vodka on your chest and slur out, “I’m sooo drunk!” and then raise the roof before falling over. Team up with one of your new work friends and tell guys you’re sisters, which is the most fun if you’re different races. Maybe try systematically high fiving every customer, giving off a sexy Aspie vibe. Work your way around the room by starting with the fattest to thinnest customer. Play Duck, Duck, Goose on a large group. Ask a customer if you can wear his tie around your forehead. Be a social scientist performance artist! Plus I guarantee the bouncers are just as bored as you and that if you pull off any of the aforementioned stunts, you’re going to be their hero. Now get out there and make enough to not come back for a week!