TITS AND SASS SERVICE JOURNALISM BY AND FOR SEX WORKERS
Home Naked Music Monday The Greatest Strip Club Song Of All Time: Second Round 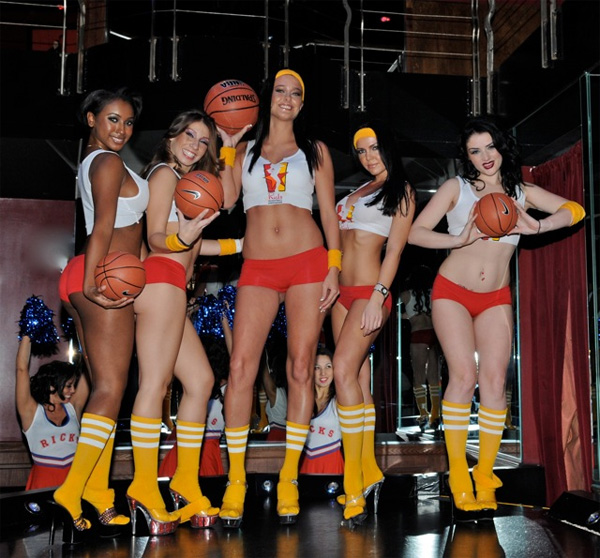 Thanks to everyone who voted in the first round through the weekend! The field is down to 32 songs, and if you want to jump straight to the results, here is the bracket with the first round winners. Here is a Spotify playlist. Let’s move on to the second round, where you’ll cast your votes to decide who moves on into the Sweet Sixteen. Voting is open until 12am PST Thursday and the next round will be announced Thursday morning. Voting is open to everyone.

The Rock bracket had disappointing showings for “Black No. 1” and “Walk,” but I was impressed that everyone hates Nickelback SO MUCH that you knocked out the #2 seed right at the start. The second round matchup to watch? “Prison Sex” vs “Crazy Bitch.” Who will come out ahead? The durable goth/metal 90s hit or the deathless, awful Buckcherry anthem? If your unsurprising rock votes are any predictor, I’m going with Buckcherry. It’s like choosing between Sweatpants Boner Man and Guy With Shit Breath.

In a Classics bracket shocker, 15 seed “I Touch Myself” knocked out “Hot For Teacher.” Y’all must be in a dayshift mood, because that’s the only time that choice makes sense. Unsurprisingly, “Girls, Girls, Girls” and “Cherry Pie” won their initial matchups. The pairing of “Pour Some Sugar On Me” and “Livin’ On a Prayer” should make for a close contest, and “Baby Got Back” vs “I Touch Myself” is a wild card.

There were some surprises and close contests in the Hip Hop/R&B region, but “Pony’s” 92% to 8% win over “Where Dem Dollas At?” was predictable. Everyone loves Pony. “Sexy Bitch” beating out “Motivation” is sad for those of us who, every time we hear “I’m trying to find a way to describe this girl without being disrespectful” think “Well, you fucked that right up, Akon.” In stripper-themed songs, “I’m In Luv (Wit A Stripper)” and “Bandz A Make Her Dance” won their contests, but “Make It Rain” went down to “Got Your Money” and “Ayo Technology” to “Drop It Like It’s Hot.” Interesting. I’d like to hear the reasoning behind the former choice; the latter seems obvious.

And, if I might take a moment to be serious, let us have a moment of silence for “Ignition (Remix),” which lost a tight race to “Big Pimpin'”

OK. The game to watch in the second round is definitely T-Pain vs Khia.

The only lower seed to win in the Dance/Pop region was “Faster Kill Pussycat,” which bested “Control.” Otherwise, this region was utterly predictable. “Closer” crushed “Barbie Girl,” and only “Pony” is looking stronger in the entire field of 32.