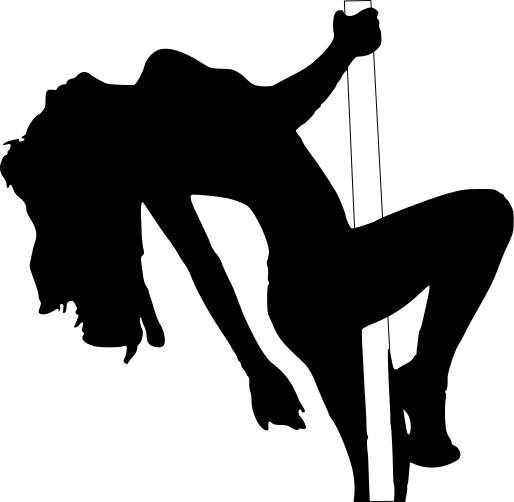 I’ve worked at a handful of these places and visited a few others. From myself and the other Tits-n-Sassy strippers, here are our comments and critiques, and the clubs we can’t believe didn’t make the list:

#5 Spearmint Rhino, Las Vegas: I began working here after hearing multiple times that this is the best club in Las Vegas. It’s a typical “classy,” corporate Las Vegas gentleman’s club, with implants, extensions and spray tans galore—though not every dancer here has that uber-polished Vegas/L.A. image. Because of its reputation, I’d say it probably does bring in more high rollers than other spots, as well as men claiming to be C-list celebrities and ex-pro athletes. Unfortunately, though, I’ve heard a disproportionate amount of trashy strip club rock working here, like worse than usual. My Darkest Days was unfortunately a staple of the play list, wedged between Buck Cherry and some other crap I’ve never heard outside a strip club (thankfully).

While I wouldn’t say the Rhino doesn’t deserve its spot on the list, I think it rides its reputation more than it stands out as anything special.

#6 Magic City, Atlanta, GA: “Hands down the best show in America,” reports Bubbles. “Although it’s billed as a Black club, it’s friendly to all comers and sees only one color: green.”

#11 Crazy Horse, San Francisco: I walked past the Crazy Horse on the way home from my cubicle job when I was about 22 and one of the doormen shouted at me that they were having auditions. I gave him the finger. A few short years later, after I had figured out how awesome cold hard cash is compared to the respect of broke-ass mainstream cubicle-bound society, I found myself wandering through here for a tour with the manager. I never ended up working here, but I’ve had plenty of friends who did and enjoyed it.

Around San Francisco, you don’t really hear people raving about this place like they do about the Gold Club or Mitchell Brothers (depending on your taste and degree-of-nudity preference), so it surprised me that it was the only Bay Area club on the list. Crazy Horse is, however, probably the best club in the Tenderloin, which isn’t saying too much. But I guess it’s saying something, like “better than Market Street Cinema.” It’s one of only three clubs in San Francisco that’s not owned by  Deja Vu, which gives it bonus points from me. Additionally, it’s one of the very few places in the city where you can see feature dancers. 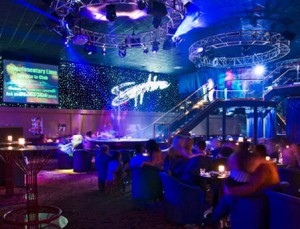 #23 Sapphire, Las Vegas: Sapphire is my favorite place I’ve ever worked. It’s huge—apparently the largest strip club in the country—and, like the Rhino, open 24 hours a day. They have a row of “sky boxes” (aka champagne rooms) on the second floor for $500 per hour, except the one that has a karaoke machine and is $600 per hour. I was doing a non-karaoke champagne room one time and heard this chick screaming an off-key “Sweet Child O’ Mine” a few doors down, and man, was I jealous of her! By the time I’d convince a guy to do a $500 sky box, I never had any luck convincing him to go the extra mile with another Benjamin for some karaoke. I guess with karaoke in the picture as a distraction, they figure their chances of fucking you are probably even slimmer, so I deeply admire the hustler who can overcome this hurdle. On weekends they also have a Men of Sapphire show, which I’ve never been to.

#25 Flash Dancers, N.Y.C.: I went here as a customer once and had a decent time, though it’s definitely the sort of club where no one does pole tricks or really even dances, but just struts around the stage looking too cool for school. But what I most appreciate is the location; it’s the final relic of Times Square’s sordid past. So many of my male friends got their very first hand jobs from Times Square prostitutes in the early ’90s, but now it’s all Disney Stores and Planet Hollywoods. And Flash Dancers. 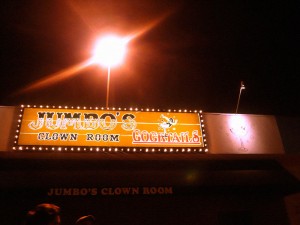 #27 Jumbo’s Clown Room, Los Angeles: I would totally work here if I lived in L.A., and I think they deserve to be way higher on the list. I went here as a customer this past Christmas and the strippers acted out an X-rated nativity scene. It’s actually a non-topless bikini bar with pretty much all the action happening on stage (you very rarely see private dances here). But the stage shows are really fun to watch and basically halfway between regular stripping and burlesque dance.

#36 Lucky Devil Lounge, Portland, OR: Kat wrote about a theme night that takes place here a few weeks ago on Tits and Sass. She also notes that there is no “steel cage” and that the monkey bars are just above the stage.

#42 The Hip Hugger, Kokomo, IN: According to Bubbles, this place is notoriously racist, “as in overtly making it clear to black customers that they are not welcome.”

#44 Rick’s, NYC: “A great place to have your front and back massaged simultaneously when you get a lap dance and a backrub from the in-house massage girl,” says Bubbles.

#48 The Pink Pony, Atlanta GA: Bubbles worked here and says they are absolutely open on Sundays, and is slammed as one of the few clubs in the ATL area that is.

#50 Safari Show Club, Portland, OR: Kat was surprised to hear that feeding goldfish to the piranhas was still an option, as it was not anymore when she worked there a few years ago. She also says the piranhas were about the same size as goldfish anyway. It does have pretty cool “jungle-y” decor.

Mitchell Brothers O’Farrell Theater, San Francisco: This club has been here since the late ’60s and has a legendary past in San Francisco because, among other city folklore, one of the two Mitchell brother famously shot the other in the early ’90s. That aside, it’s supposed to be extra fun and raunchy with live sex shows and is the only club in San Francisco that I’d say is an actual tourist destination.

Mons Venus, Tampa: According to Bubbles: “One of the most infamous clubs in the U.S. and a perennial customer favorite. They have the seemingly contradictory policies that 1) you may have to step on a scale regularly because they’re very strict about weight and 2) pregnant dancers may keep dancing there until the last possible moment.”

Cheetah, Atlanta: “This place has the hottest dancers I’ve ever seen. It’s absolutely shocking that it’s not on this list,” says Bubbles.

The Lodge, Dallas: “Frequently in the news about the Texas pole tax or when Republicans figure out they’ve accepted donations from a strip club owner,” says Bubbles. “Known for being a very dancer-friendly club, being one of the best clubs in Texas, and its elaborate decor. That Baby Dolls should represent Dallas instead is shocking.”