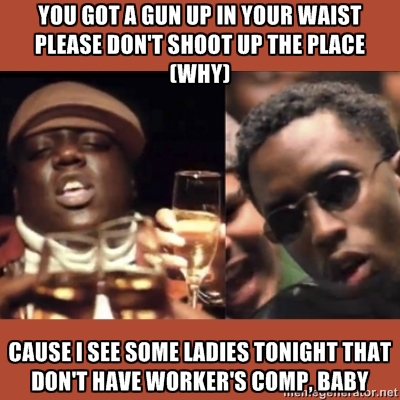 LeAndra Lewis was hit by stray gunfire while dancing at the Boom Boom Room Studio 54 on June 23, 2008. She was 19 and living in Charlotte at the time.

According to her testimony, extensive scarring from the gunshot wound left her unemployable as an exotic dancer.

Lewis, who frequently danced at clubs in North and South Carolina, filed a claim for benefits with the workers’ compensation commission. Because the club had no insurance, the South Carolina Uninsured Employers’ Fund was forced to defend.

What a nightmare. It’s possible that the Boom Boom Room is one of those clubs that lets dancers come and go as they please. The South and Southwest have many more clubs that observe true IC status than the Northeast and Midwest, it’s true. I’m not sure who, legally, besides the total shitbags who were firing guns in the strip club, should be liable. It’s terrible that the club didn’t have insurance for something like this. It’s far from surprising that the dancer didn’t. Most dancers don’t have health insurance, let alone their own form of disability/worker’s comp. This case is another sad reminder that, employee or independent contractor, you really can’t win.