TITS AND SASS SERVICE JOURNALISM BY AND FOR SEX WORKERS
Home Activism Blast From the Past: The San Francisco Stripper Wars

I’ve worked at clubs where I’ve been heavily fined for getting the flu, not allowed to dance to anything vaguely rap-sounding (read: black), told I can’t wear my hair up (too unfeminine), can’t wear my hair down (you can use your hair like a curtain, from behind which you French customers), can’t look at my cell phone, can’t read books and/or newspapers, can’t turn away alcoholic drinks, can’t bring my own food, can’t have free water, better sell one ugly club t-shirt per shift or buy it myself, etc. The list of ways in which I have not been treated like an independent contractor is endless and infuriating. The ways in which certain club owners and staff have treated me during my time in the industry have been far worse than anything any strip club patron has ever said or done to me. I’ve learned what it feels like to be truly expendable despite years of loyalty to a club and its bullshit rules, years of handing over a steady percentage of my income. 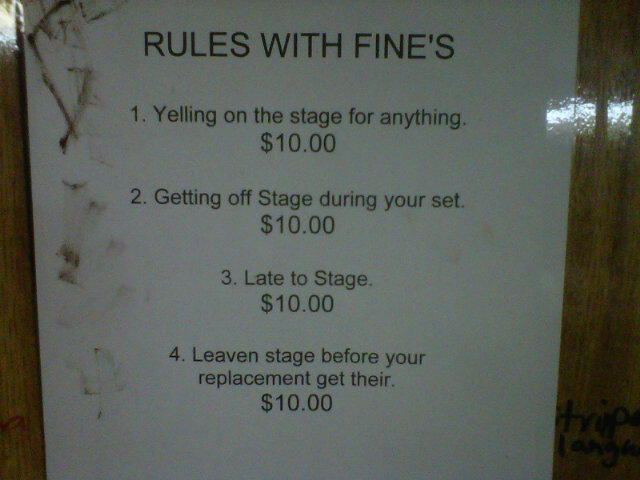 I used to think that women who were opposed to suing for employee status and back wages were selfish and didn’t care about solidarity. I felt that we were unpaid employees and appreciated the idea of getting a wage if we were going to be micromanaged down to our hair. I thought that naysayers were just conformist company women who probably also think that all labor unions are scary. I actually believed that if we banded together and sued clubs for employee status, then they would be held accountable. They would either shape up and give us wages or get rid of their rules and leave us be to act as true independent contractors.

A few things happened to change my mind. One of them was reading a very thoughtful two-part piece called “Stripped by Massachusetts,” written by a veteran east coast dancer, Pussy Per Se (best nom de plume ever, right?). I knew that strippers in Massachusetts had won class-action lawsuits against multiple clubs in 2009 and considered it a major coup. What I learned about the realities of those left working post employee-status victories was pretty bleak. You should really read the entire article, but in short, Mass. dancers now have the choice of working for $2.63 per hour and not keeping all of their private dance money or being able to deduct anything on their taxes, commuting out of state, or finding a different job.

The other thing that caused me to reconsider my position was meeting the woman who took several Portland clubs to court for unpaid wages. I tracked her down at her club and she was kind enough to welcome me into her home and answer all of my questions. What I discovered was that she had successfully sued and settled (with nondisclosure-agreements) all of her former clubs when she was living and working in Sacramento, CA. The money was gone, but she was still armed with a tried and tested technique for getting a strip club to pay up. While she was earnest and passionate, it was obvious that she had tricked herself into thinking that her personal exit strategy was something that she was doing for the greater good. She was hardly the “Cesar Chavez of stripping,” as Gawker put it.

This (and basic research) is how I’ve come to be skeptical and disproving of anyone initiating or participating in class-action settlements against strip clubs. I consider these types to be shortsighted and misguided at best. I think any strippers who would make more money earning an hourly wage should pursue a different vocation and not ruin it for the rest of us. As much as I think that being an unpaid employee under the guise of “independent contractor” sucks, I shudder at the thought of sacrificing my dance money. Without wages and with paying stage fees, I still make much more than any realistic hourly wage. 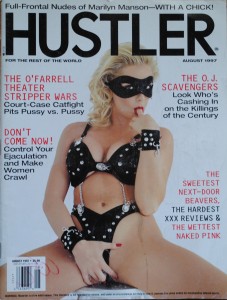 It was bizarre reading this article, because I felt like I had read the ending first. The case was settled in 1998. Within a year, the stage fees at the Mitchelle Brothers O’Farrell theater were higher than before. I can’t say that I wouldn’t have sided with those suing the club (had I been around at the time), nor do I have all the answers now. I guess I’ll just say that if you don’t care about stage fees going up and or mind giving a lot of your settlement money to a lawyer, then go for it.