TITS AND SASS SERVICE JOURNALISM BY AND FOR SEX WORKERS
Home The Week in Links The Week In Links: September 28 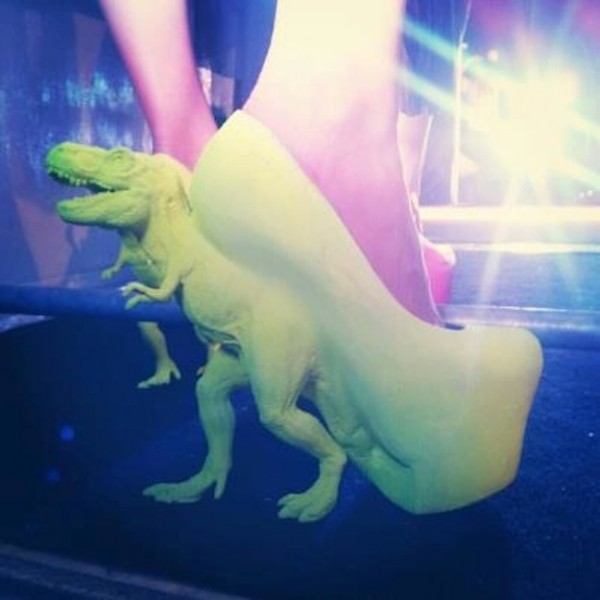 These dinoheels would be perfect for Jo Weldon’s Godzilla routine.

The woman with our favorite nom de plume, Robin Hustle, has another post up at Jezebel. This one is “An Interview With the Man Who Pays Me to Burn His Feet With Cigarettes While He Masturbates.”

London sex work cooperative XTalk Project Limited would like to hear from sex workers who worked in London during the Olympics. They’ve posted a survey here.

Let’s be prepared for more articles like this one about sex surrogates as The Sessions, the film about quadriplegic writer Mark O’Brien’s relationship with the woman he hired to teach him sex, prepares for a wide theatrical release. People who have been on the internet for a long time might remember reading O’Brien’s amazing first-person account.

The New York PR guy who coined the term “half-hooker” wrote about the “hybrid-hooker.” In the olden times I believe the term “sugar baby” was the descriptor. I feel like I went back in time reading this.

Scotland-born, NYC-working “Hockey Mom” Anna Gristina has pled out on charges that she ran a brothel in an apartment on the Upper East Side. Gristina will essentially get off with time served and didn’t name any clients as she was pressured to do. The judge shamed her for bringing her kid to court!

It’s not cool to take pictures in the strip club, Rihanna.

Beatrice Darling has an article on duo partner etiquette at Fairy Whore Mother. “Lastly, check in with each other about how bisexual you each actually are, and how gay you’re willing to be for pay.”

“‘Instead of grandstanding about abolishing all prostitution, why don’t they immediately end the prostitution of minors and human trafficking? They’ve already got all the laws to stop that, yet it still exists,’ said a male sex worker in his 20s, who works nights in the forest of Fontainebleau outside Paris.” The Guardian has a thoughtful article about new efforts in France to criminalize prostitution.