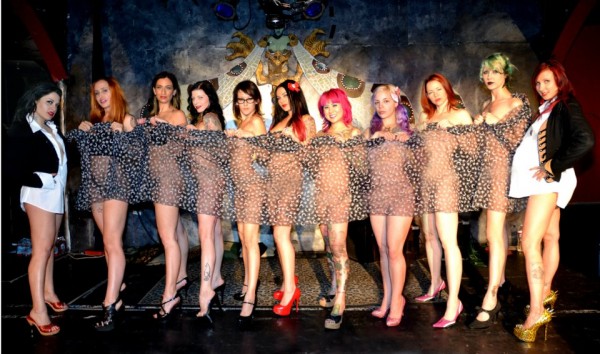 Dave Navarro will be a judge at tonight’s Hooker Beauty Pageant, a burlesque performance at the Dragonfly Bar in Los Angeles. According to curator Natalia Fabia, hooker is defined as “someone who sells one’s talents and abilities, talent, or name for money, (but it also means) a rad, strong, talented, tough, colorful, independent, stylish, and beautiful woman.”

Houston Chronicle society reporter Sarah Tressler was fired for moonlighting as a stripper after she was outed by the Houston Press.

Sex work advocates in Ontario can now celebrate the legalization of brothels in their province. The change in legislation will go into effect next year.

In Sohar, Oman, 35 sex workers were arrested for “immoral behavior” during a raid on health clubs

“Naked If I Want” protest planned for Saskatchewan’s prohibition on serving alcohol in a place where strippers are performing. The province’s law has led to the investigation of a breast cancer fundraiser where of Chippendales (who didn’t remove any clothing) performed and fines for a club where a dancer undressed—backstage.

A federal judge has ordered the city of Seattle to pay Bob Davis $1 for obstructing his efforts to open a strip club.

Ex-prostitute Shelley Lynn has brought a lawsuit against her former boss at McDonald’s for coercing her into prostitution.

A Milwaukee man was sentenced to 30 years in federal prison for pimping underage girls. The sentence was added on to the 20 years he’s already serving for murder.

A survey in Kenya revealed that 40 percent of sex workers there are married or in stable relationships. The survey covered both male and female sex workers.

Melissa Petro (who recently contributed a piece to Tits and Sass) told her story to the Guardian.

The South Australian Parliament is discussing legalizing the use of prostitution services for people with disabilities.