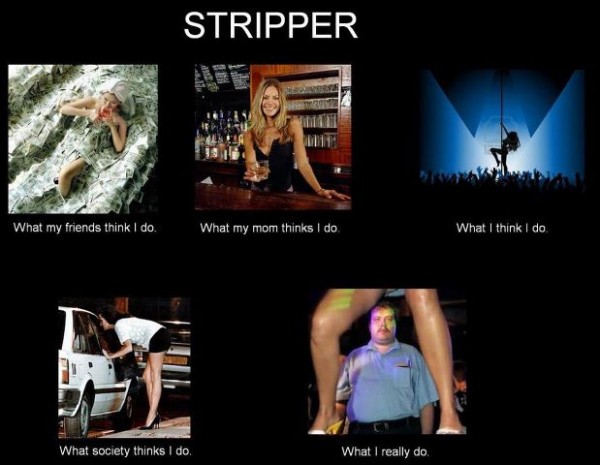 Swiss fragrance company Givaudan is working on a new scent for Lady Gaga, which will make you smell like an “expensive hooker.”

Kandy Klein (of PsychoStripper.com) writes about stripping on Valentine’s Day.

Here are twelve bad reasons not to legalize prostitution (beware: this will involve bible verses).

Illinois State Sen. Toi Hutchinson has proposed a statewide tax on strip clubs of $5 per customer, with the proceeds going to fund sexual assault and rape crisis centers.

Also in Illinois, local Catholic nuns are angry about a new strip club that will soon open in a suburban neighborhood near their convent. The club developer, Bob Itzkow, has called the nuns “our non-tax-paying neighbors,” and requested that “you treat us as we have treated you, by not trying to unduly disturb us by imposing your religious beliefs on us or others.”

Why you should think twice before evangelizing to a prostitute (a cautionary tale!).

A customer at a Houston strip club was arrested after trying to pay for a lap dance with crack.

Parents in Essex are none too pleased that a recent primary school fundraiser included a couple of male strippers in the entertainment lineup.

An Albuquerque stripper reported being raped at work. Police have yet to name or arrest a suspect.

A Raleigh, N.C., police officer was arrested for picking up an underage prostitute.

Check out this podcast interview with Rachel Wotton, a sex worker who specializes in seeing clients with disabilities.

SWAAY’s protest  against Google (who recently donated to anti-trafficking causes) got a mention in the San Francisco Bay Guardian.

Yet another round of articles confirming that educated women with office jobs can become strippers and prostitutes.

The New York City man who assaulted a stripper by hitting her in the head with his Rolex was sentenced to 60 days in jail—despite crying to the judge that he “never meant to hurt her.”

A Zimbabwean resident of Canada was recently deported for assaulting a prostitute.

Brothel worker Bethany St. James talks about the decline of affection in our lives and the American public’s “sudden desire for GFE-style companionship.”

The Informed Provider Expo is coming up next week in Los Angeles.

Some HIV-resistant sex workers in Africa are taking part in a study that will hopefully produce a more effective AIDS vaccine.