TITS AND SASS SERVICE JOURNALISM BY AND FOR SEX WORKERS
Home The Week in Links The Week In Links: December 2 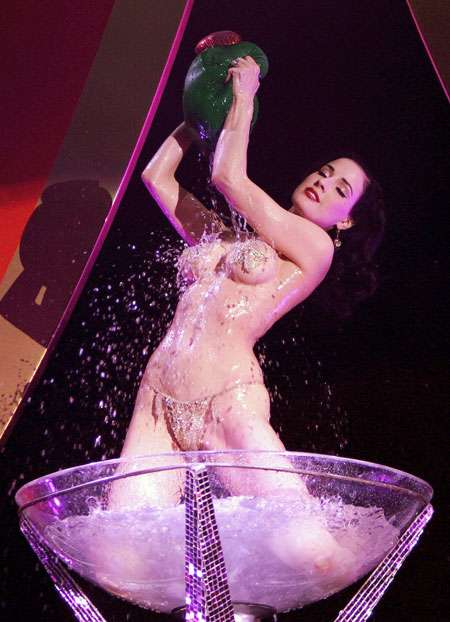 Dita Von Teese speaks out about stripping and burlesque dance: “I don’t really need any fancy terminology to describe what I do. … Yeah, I am [a stripper]; I’m proud of what I do.”

Today the North Carolina Harm Reduction Coalition is hosting the Summit on  Sex Work in the South in Asheville, NC.

New York police theorize that one single serial killer is responsible for all 10 of the Long Island murders.

Twenty people were arrested in New York this week for their involvement in illegally bringing Eastern European into the country to work in strip clubs.

An Argentinean prostitute discusses the push for unionization.

“I didn’t have a bad experience with sex work until I got arrested,” says one Canadian sex worker discussing Canada’s selectively legal treatment of prostitution.

Harrowing stories about back-alley butt enhancements came out of both Baltimore and Miami recently. Substances introduced into women’s bodies include cement and Fix-A-Flat. Ladies. Don’t let anyone inject anything into your buttocks outside of a plastic surgeon’s office.

Upscale Chicago strip club VIP’s might finally have lost its eighteen-year battle with the city of Chicago. Since the early nineties, the club has dealt with increasingly strict laws as Chicago has pushed strip clubs out of the city limits.

The teen prostitute hired by Lawrence Taylor in 2010 has filed a lawsuit against him.

Portland’s strip club scene gets a mention in the Economist.

The Vancouver police Deputy Chief has criticized police officers and other staff in his department for referring to missing and murdered sex workers as “hookers” and “whores.”

The condoms-in-porn debate rages on in Los Angeles.

A Massachusetts high school English teacher is on paid leave after administrators at his school discovered he had starred in adult films.