TITS AND SASS SERVICE JOURNALISM BY AND FOR SEX WORKERS
Home Tools of the Trade The Name Game: Privacy in the Cyber Age 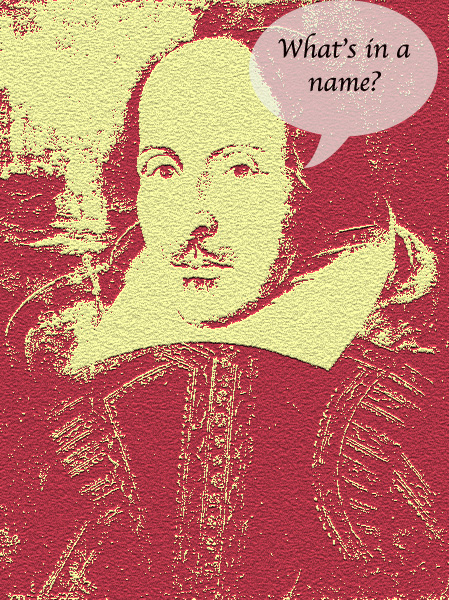 The pseudonym is perhaps one of the most titillating aspects of sex work. Non-sex workers are intrigued by the names we choose to define our personas; there are a million little devices to help them even create their own hypothetical sex worker name. Names can seem insignificant or interchangeable, but over time they become such an intensely personal, integral part of a worker’s identity. Sex work is already taboo, so picking a name has limitless bounds—we can come up with the most absurd, unconventional, socially unacceptable creation. No wonder civilians are so captivated; we get the opportunity to let our freak flag fly high and call it whatever the fuck we want.

It’s a common misconception that sex workers operate under different names because we’re ashamed of our work. The issue comes up even more as sex workers have carved out a space in the world of social media. Since many types of sex work are illegal, sex work (hell, even sex blogging) carries a huge stigma, and most of us would like to create a space where our clients can’t track down our parents or partners. Creating a fantasy is part of our job description; we may be a client’s Manic Pixie Dream Girl in the workplace, but that doesn’t mean we stop having private lives.

My introduction to how sex workers deal with privacy issues happened when I began working at my first dungeon. “Don’t tell them anything about you,” one woman advised me. “Make up a story, and stick with it. It’s too hard to keep track of all the lies, so just maintain the same story.”

It especially became a struggle when I would meet a woman who reminded me of a loved one; I wanted to share with them who I was and my own self-discovery as a domestic violence survivor in hopes that my experience would help them.  This approach, both naive and arrogant, managed to stand in the way when I needed to support them as an objective individual.  My supervisor at the shelter gave me one rule about personal boundaries that has stuck with me since: Make sure that whatever you tell them is for their benefit, not yours.

The struggle then became a question of how I could balance my objectivity as a counselor while establishing the intimacy required for them to feel like they could confide in me.  Once I learned that lesson, knowing how to maintain a level of distance while bringing forth sincerity and personal experience when the opportunity called for it made me an excellent counselor.  While the vast majority of counseling in a shelter is listening, sharing small bits of my life humanized me, the “authority figure,” and created an essential level of trust.

I started to discover how similar counseling and pro-BDSM can be. I decided to take the same approach that another domme at the dungeon told me she uses: she tells them what she’s really about.  She believes that her domme persona is merely an extension of herself, and that being disingenuous about who she is outside of the dungeon wouldn’t aid her relationships with clients.

I pulled in what I learned as a counselor, and started sharing small details about myself when the time called for it.  When they relay some small story about their life, sometimes I’ll share an experience from my own that parallels their feelings or experience.  When they tell me a movie they recently saw or a book they recently read, I will continue the conversation as I would with a friend.  When I am asked if I am dating anyone, or what I like to do in my free time, or where I grew up, I will often share vague, but true, responses. I followed my supervisor’s rule from the shelter: share things when it seems like they’ll benefit the construction of our relationship, but avoid divulging details about my emotions or personal self that would develop a level of intimacy that would suggest I am relying on them.

While I remain mindful of the boundaries that do need to be maintained for my own safety (example: my legal name is never, ever revealed), I don’t craft some wild fictitious story that will somehow “protect” me by turning me into someone else. My sex work persona is an extension of myself, and while it is vital to constantly be vigilant about where to draw my boundaries, allowing a sincere part of myself to be revealed lets me create relationships that have more than a transactional value.

A camgirl friend of mine includes her face in her photos and cam work (of course), as well as maintaining a blog about her experiences. She uses it to network with clients, and she includes information about her other job, her partner, and her personal family life. Even so, she has asked that I don’t link to her or communicate with her on Twitter, in the off chance that one of our mutual friends from the long past (before either of us were sex workers) discover her. Is she still at risk for being outed to certain people? Yes. Is she still maintaining a boundary in an attempt to maintain some level of privacy? Yes.

When I started writing about sex work, it forced me to re-evaluate how to maintain boundaries. I wanted to use my existing social media presence, and since I was already so open about my mental health battles and otherwise deeply personal experiences, it didn’t seem problematic to be open about sex work.

But shortly after one of my intense regulars broke up with me, I discovered that he had found the Twitter account I use for writing and networking. It effectively aided in ending our business relationship. I had told him upfront that I was already seeing someone seriously and that we’d never end up dating, but seeing a more real version of myself killed the fantasy for him. Despite my reassurances that I did (and do) care for him very deeply as an individual, my unwillingness to share with him what I share with the Internet to meant to him that I must be one big phony.

After all, that’s what all sex workers (all women!) are, right?  We put on our big shiny smiles just so we can get what we want.  Many people who aren’t in the sex worker community don’t realize that our personas are no more false than the rest of folks in the working world.

I always knew this might happen. It did force me, though, to rethink what I was putting out there. Do I need to have Foursquare link up to Twitter or About.me?  How often should I mention my partner or friends?  While this client happened to not be a threatening character, should I limit the information I put out there when stalking can be a serious problem for sex workers?

And how can I assure anyone that I am being sincere when, for my own safety and personal well being, it is imperative that I maintain a calculated level of distance?  How can I explain that this domme persona is indeed a fantasy, but one that is derived from a real place within me?  How do I explain that this persona isn’t a facade, but merely a small part of myself with the volume turned up as high as it can go?There are a million reasons that sex workers maintain their boundaries, and keep their personas separate from their “real world” selves.  There is no right answer.  Even if sex workers aren’t concerned about their day job(s) finding out about their sex(y) life, there are other reasons to keep things separate.  If that means that we are painted as big ol’ fakers, then so be it.This is why the names are important, though: They offer us protection. It may be limited. It may seem small. It may all come out in the end, thanks to some douchebag who feels entitled to our information.  Until sex work is recognized as legitimate work, until we can operate without being shamed, chastised, and ostracized, even the smallest amount of privacy can aid in keeping our lives intact.  Until we can be recognized as multi-faceted individuals with complex desires and personalities, rather than being boiled down to the qualifier in our title as sex workers, the boundaries matter.

The age of the Internet may portray the efforts to keep our professional and privates lives discrete as ludicrous.  It’s not.  It’s merely another form of the harm reduction method: It may not be safe, but it is definitely safer.