TITS AND SASS SERVICE JOURNALISM BY AND FOR SEX WORKERS
Home Cops October 22nd And After: The Movement Against Police Violence And Black Sex...

Earlier this year, cultural architect and filmmaker dream hampton shared the story of Shelley Treasure Hilliard with me via an advanced screening of their new documentary, Treasure: From Tragedy to Trans Justice, Mapping a Detroit Story. Treasure was a black trans sex worker. She was only 19 years old when she was murdered in 2011 after the Detroit Police Department coerced her into being an informant. What happened to Treasure was not an isolated incident. The vicious transmisogynistic prejudice of law enforcement officials often leads to the oppression of black trans women. In May of this year, black trans sex worker Mya Hall was murdered by the National Security Agency in Baltimore. She made a wrong turn and crashed into a NSA barricade. Instead of calling an ambulance to help her, the NSA police shot at the car, killing her.

Black women have been hypersexualized and fetishized every since Saartjie “Sarah” Baartman, better known as “The Hottentot Venus”, was kidnapped from her homeland. This objectification plays into the implicit biases of law enforcement officers and the media when dealing with both cis and trans black women. The erasure of black women and sex workers is an issue even in social justice movement spaces. Furthermore, because many low income black women can not afford to post their ads on websites that are pay for play, we are pushed out into the streets, where we become more susceptible to domestic and state violence. Due to negative societal perception of sex workers, some people believe that is impossible to rape someone engaged in the sex industry. Nevertheless, many low income black sex workers have come out about sexual abuse by the police.

As a native Ohian, I am no stranger to state violence. Many people know about the recent police murders of black men and boys like Sam Dubose, John Crawford and Tamir Rice. However, black women like Tanesha Anderson often die in police custody as well, and the public just doesn’t hear about it. Earlier this year, I escaped Ohio by relocating to Brooklyn, New York. Despite what I knew about the recent murders of Eric Garner and Islan Nettles, I thought New York would be a safer place to navigate. I couldn’t have been more wrong. I’m used to the overt racism and prejudice in Ohio that has its historical roots in the hunt for African slaves trying to access the local underground railroad network. But in New York, I’ve found that police brutality can in some ways be more deadly under the guise of diversion. 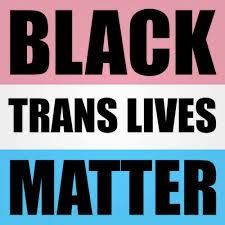 For example, New York recently launched the nation’s first statewide human trafficking intervention within a justice system. The purpose of New York’s Human Trafficking Intervention Courts (HTICs) is to promote a just and compassionate resolution to cases involving those charged with prostitution. The HTICs mandate that people charged with prostitution related misdemeanors participate in programming offered by the courts in conjunction with local non profits. Through completion of these programs, defendants are eligible to get their charges sealed and dismissed if they are not rearrested during the six months following the adjournment.

There’s only one problem: the HTICs do NOT work! Arrest and court involvement perpetuate state violence and do nothing to address economic justice. It is no surprise that black people and trans folks are present in the HTIC and face prostitution related charges at a disproportionately high rate. Remember Monica Jones, who was arrested for walking while black and trans in Arizona? Unfortunately, this trumped up charge of “manifesting solicitation” has made its way to New York as the penal law 240.37, exacerbating the negative impact of the HTICs. That is why I recently joined a local organization which amplifies the voices of people in the sex industry. As one of the community organizers for Red Umbrella Project, I’ve heard countless stories of how destructive state violence from the HTICs can be, like this one from my colleague Jenna Torres, who was forced to drop out of college to attend HTIC mandated therapy sessions.

On this week of the 20th anniversary of the International Day to End Police Brutality, we must prioritize the lives of cis and black trans women in our collective struggles. When black people get free, everybody gets free. When sex workers are protected, everyone is safer. When trans women get healthcare, the whole world becomes healthier. Let us honor the lives of our fallen comrades by working towards a world where our bodies are decriminalized.