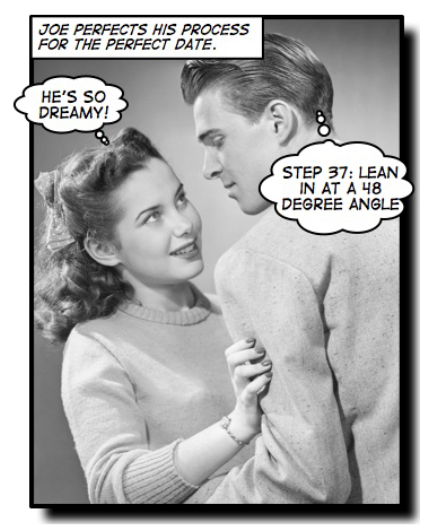 The term “sex worker” usually makes me cringe. By most people’s standards, as an escort, I certainly fall into that occupational category. Living in a country where prostitution is illegal in all but a single state means that labeling myself a “sex worker” is hardly pragmatic. Besides, to call men like myself (straight male escorts) “sex workers” is almost insulting. How great would my life be if I could just sell sex? I have very few clients whose primary interest in retaining my services is sexual intercourse, or even sexual physical contact. Critics of the show I happen to be a part of have no frame of reference for what my profession entails. I will be the first to admit that the show, with eight 30-minute episodes per season, is not exactly made to be educational. Those critics have said repeatedly that women don’t have to pay to get laid. I have said repeatedly that they are correct, but that both women and men most definitely pay for “sex.”

I was raised on the Discovery Channel. Both of my parents were educators and naturally curious people. In my home growing up, there was no shortage of animals fucking on our TV screen. Those scenes were usually over in a matter of seconds, as compared to the sometimes hours of observation and analysis of the courtship rituals that led up to the act. It’s always been fascinating to me that although sexual intercourse among mammals is pretty much homogeneous, the courtship rituals and mating systems that get individuals to the act are incredibly diverse. That (entire process) is “sex.” Intercourse is by far the least interesting aspect. It’s a series of hip thrusts in a few positions. The mating game that happens before intercourse, on the other hand, is captivating. For us human animals living in the “modern world,” our mating game is the world of dating. I am a sex worker, but I am primarily a “professional dater.”

Professional Dating is the true occupation of many male and female sex workers. The difference between the sexes in this matter is what constitutes a “perfect date” for a male client as versus a female client. There have always been male escorts and gigolos who are able to provide women with an expert courtship display. This is a difficult skill to master, however, and the number of men who are able to make a living in this manner has always been incredibly small. For a woman, “the perfect date” means a genuine feeling of a connection, physical attraction, a high degree of comfort, and psychological stimulation. It is up to me to develop each of these things beginning immediately upon meeting her. She’s paying for guaranteed chemistry, something that the vast majority of men simply cannot provide (if they could, there would be little call for female sex workers). When there’s a high degree of sexual chemistry, of course a woman is going to want to continue on to a more physical experience. That’s just biological programming. But my clients, by and large, would be very unsatisfied, no matter my sexual prowess, if I simply walked through the door, dropped my trousers, and said, “Let’s get it on.”

Comparatively, there is virtually no barrier to entry for a woman who wants to become a professional dater (sex worker). The perfect date, for a man, is to meet a woman in a private and intimate setting and have her be charming and complimentary and available to him sexually without him having to expend any effort at the dating (read: mating) game. For most female sex workers, that is exactly what the job entails. The goal of every man on a date is to get laid. A female escort isn’t paid for sex, she’s paid for the guarantee that the “date” will end how the man wants.

My agent, the legendary Garren James of Cowboys4Angels, has often told me that he gets hundreds of men hoping to be escorts sending him “pictures of their cock.” Whenever he describes these “applications” he gets a look on his face that is a mix of disgust and bewilderment. It simply isn’t the service that we provide. I’m awesome in bed, but I’m a master of interacting with women so that they actually want to be in that bed with me. That interaction is what I am paid for. Sometimes my dates with clients don’t end with any physical sexual contact. Sometimes that’s not what she was looking for, and it’s certainly never anything that has been offered in any case. I’m no prostitute. I sell “sex” but only in the broad sense that I sell an experience that encompasses an aspect of human sexual behavior, namely seduction.

Politically, sex work will always be a hot-button issue. Maybe it’s because, by hiring a sex worker, a client feels like they are admitting that they lack the skill to find “the perfect date.” Honestly, if I found a woman who really was “the perfect date” and I wasn’t paying her, I’d be a bit uneasy. For now, I’ll proudly stick to being “the perfect date” for my clients. If that makes me a sex worker, I’ll wear that title proudly as well.